The Honda CBR1000RR-R Fireblade SP is the latest iteration of the manufacturer’s flagship litre-class machine and has just been announced for the Indian market. 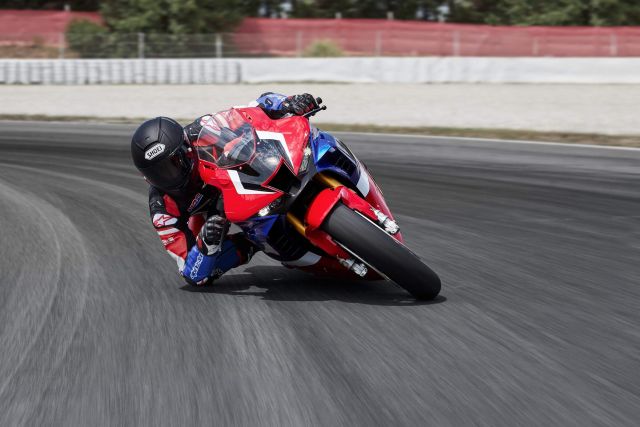 Legacy
The first Fireblade model was the CBR900RR that made its debut in 1992. It has been 28 years since the first model and 14 iterations of the Fireblade have been produced up until now. The latest model, Honda CBR1000RR-R FireBlade, was first showcased at the EICMA 2019 in two variants – Standard and SP and bookings have just opened for the motorcycle in India. 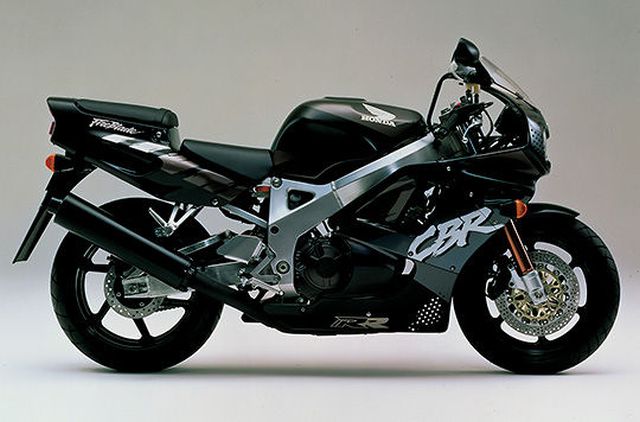 Design
As you can see, the latest Fireblade has clearly been crafted to tear up the race track and takes many of its design cues from the Honda MotoGP machine. An earlier video from Honda gives us a look at the new Fireblade ridden by Mark Marquez at the Barcelona-Catalunya circuit in Spain. The design is simple and retains the classic look of a Fireblade while getting some new elements to make it look more aggressive and stand apart from the rest. The front end gets sleek new LED headlights with a large air intake in the centre of the lights. The fairing now looks chunkier thanks to the use of three aerodynamic winglets on each of the sides of the fairing. The rear end has a sharp tail with another sleek LED tail-light unit and a long Akrapovic exhaust extending from the right side. The SP variant will make use of a special, lightweight Titanium Akrapovic exhaust compared to the one used on the standard model. 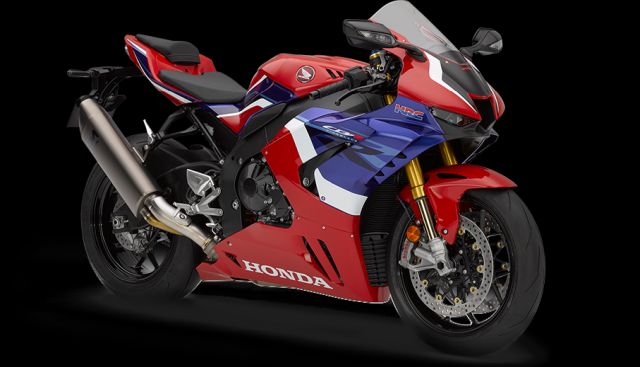 Engine
The new engine in the Fireblade has been created with the intention of putting the Fireblade back on the top of the litre-class segment. In the last few years, the Fireblade has lacked the power to go up against its competitors from Ducati, BMW, Yamaha, Suzuki and Kawasaki. The latest model changes all of that as the 999-cc, in-line, four-cylinder unit in the CBR1000RR-R now puts out a crazy 215 hp at 14,500 rpm and a peak torque of 113 Nm at 12,500 rpm. This engine is mated to a six-speed gearbox with a quickshifter. 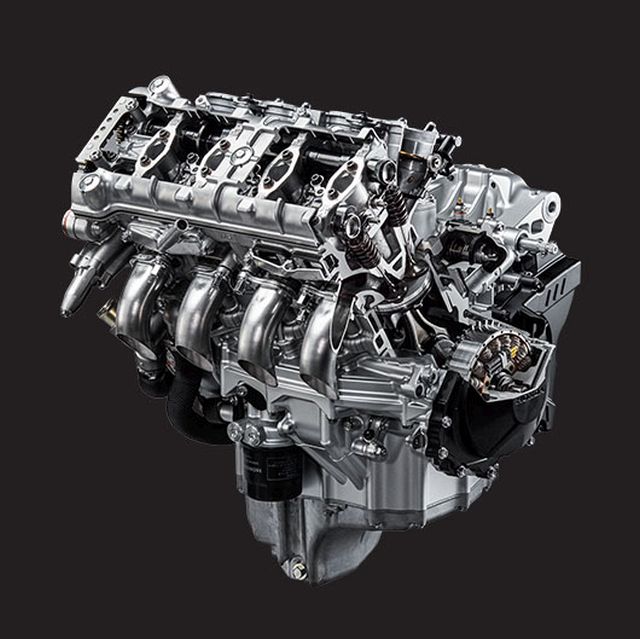 Chassis, Suspension and Brakes
The chassis on the new Fireblade has been crafted and inspired from the Honda RC213V-S MotoGP replica machine. It uses a lightweight aluminium frame with titanium connecting rods and rod bolts. Honda say that this design reduces weight by approximately 50 per cent compared to a steel rod. The main defining factor between the Standard and the SP model is the use of different suspension and brake components. The Standard variant uses Showa telescopic forks at the front and a Showa monoshock unit at the rear, while the Fireblade SP gets top-spec Öhlins electronic suspension at the front and rear. The front brake setup on the Standard model is a pair of 330-mm discs with Nissin calipers while the SP uses Brembo calipers. The rear brake setup on both variants is the same with a 220-mm disc with Brembo calipers. 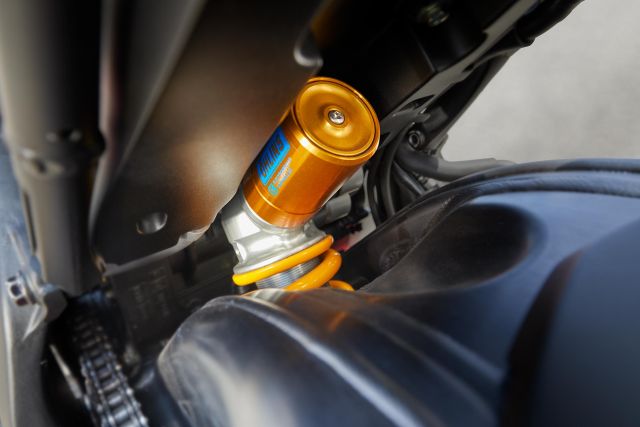 Electronics
The electronic suite on the new Fireblade runs on a Bosch six-axis IMU (Inertial Measurement Unit). Honda Selectable Torque Control (HSTC) is a new system that automatically adjusts engine power to optimize torque at the rear wheel, reducing rear-wheel slip. The bike gets five power modes, ten torque-control levels, three engine-braking levels, and now three levels of wheelie control. It also gets a larger TFT instrument screen with a higher resolution than previous CBR models. A rider can choose from a menu of screen settings that display the information in a specific format as well as crucial information like engine temperature, riding modes, speedometer and tachometer, shifter setting, ABS level, gear position, remaining fuel and much more. 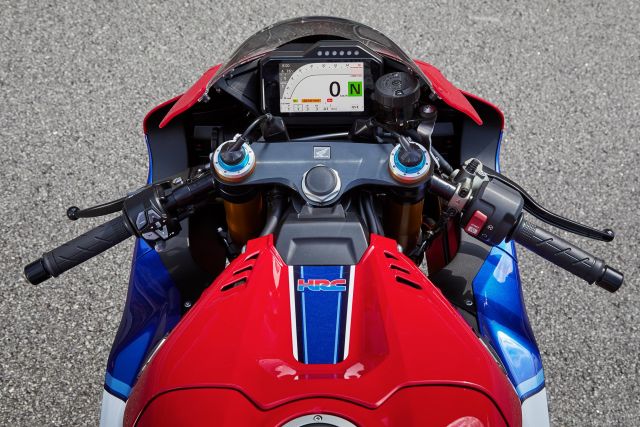 Price
The SP variant of the Fireblade is priced ar $28,500 (Rs 21.31 lakh approx) in the US. The motorcycle will make its way to India via the CBU (Completely Built-Up) route. We can expect to see the standard variant of the bike priced between Rs 18 lakh and Rs 20 lakh (ex-showroom prices) and the bikes will be sold via the premium Honda Big Wing dealerships in India. 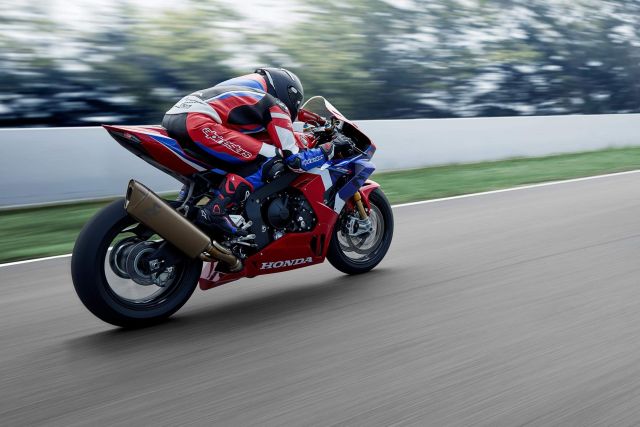