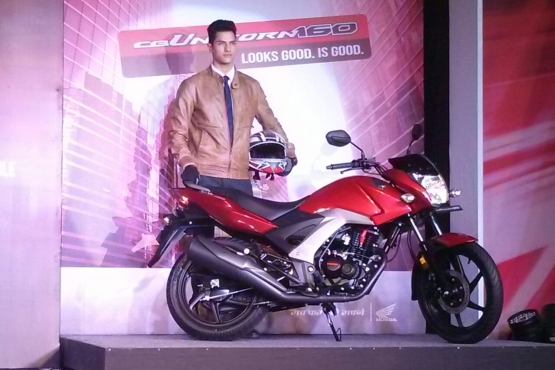 Honda Motorcycles and Scooters India have launched the new CB160 Unicorn, over a decade after the original Unicorn made its appearance as Honda’s first motorcycle in the country.

The Honda Unicorn has continued unchanged mechanically, with its mono-suspension and silky-smooth 150-cc engine, going ahead with only a slight cosmetic facelift and a CB prefix. Now, with increasing competition and a wider variety of options, the company has launched the new bike with a larger 162.71cc air-cooled, carburetted, single-cylinder motor. Maximum power is up to 14.71 PS at 8,000 RPM, while torque rises to 14.61 Nm at 6,000 RPM. A five-speed transmission continues to do duty.

The new CB160 Unicorn is priced at Rs 69,350 for the standard variant, with the CBS-equipped variant costing Rs 74,414, both ex-showroom, Delhi, and is ready for booking at Honda dealers around the country.