Karu Military Station was the starting point for this year’s Himalayan Heights Expedition. 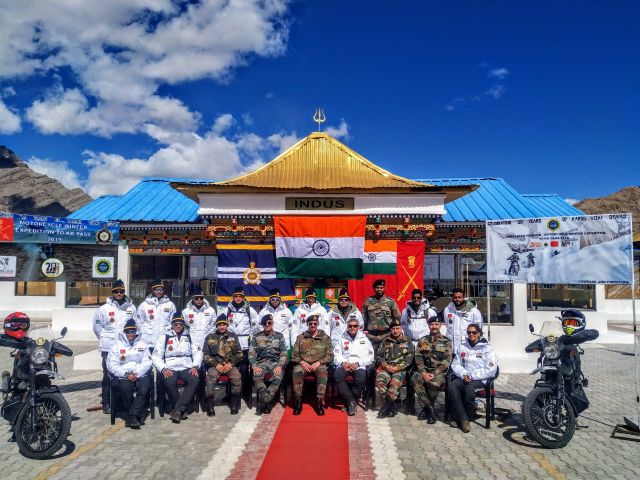 The expedition will be led by the Indian Army and the group comprising 11 riders from Army Service Corps, Royal Enfield and Himalayan Motorsports. The fortnight-long ride will cover the Afghan trade route (Leh to Karakoram Pass) which is yet to be explored by bikers. The whole route is more than 1,000-km long and may qualify for the record books as well. Certainly a special ride to commemorate the 20th Anniversary of the Kargil Vijay Diwas.