Back in 1975, James Hunt won the Dutch Grand Prix in his Hesketh 308 F1 car and he won under trying circumstances. Hesketh Racing was one of the only privateer teams capable of winning and eventually were phased out of the business. Subsequently Alexander, the third Lord Hesketh, founded Hesketh Motorcycles to revive the abysmal state of the motorcycle industry in UK and built the Hesketh 24 to commemorate James Hunt’s victory. After two failed prototypes, the company struggled to make ends meet.

More recently, however, Paul Sleeman, a mechanical engineer, happened to spot the Hesketh 24 outside a pub and he couldn’t peel his eyes off the bike. Not only did he buy the motorcycle, but also went on the buy the entire firm. Under his new management, the company has revived the Hesketh 24 and has already sold 16 out of the limited edition 24 bikes, each priced at a whopping £35,000 (Rs 33 lakh approx). After his success with the Hesketh 24, Paul Sleeman, in a interview with the Telegraph UK, has confirmed the next big thing from the company: 2016 will see the British manufacturer build the Bugatti Veyron equivalent of the two-wheeled world.

The 24 itself sounds like a hoot of a bike with its 1950 cc V-twin engine built by Harris Racing. Claimed output stands at 125 PS at 6,000 RPM and 196 Nm of twist at 3,000 RPM (so says the company website Tech Spec page) . The next big thing… We can’t wait for it!
Story: Aniruddha Mulgund
Images: Hesketh Motorcycles UK 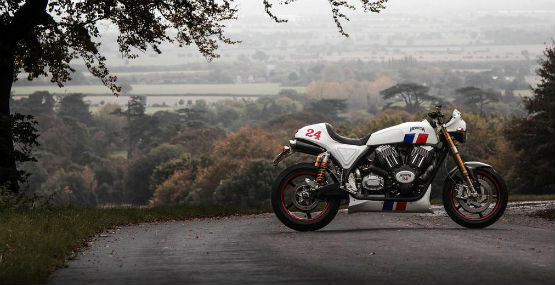