This is the final account of our time in Odisha. We talk you through the memorable bits of this amazing road trip astride the Hero Xtreme 160R 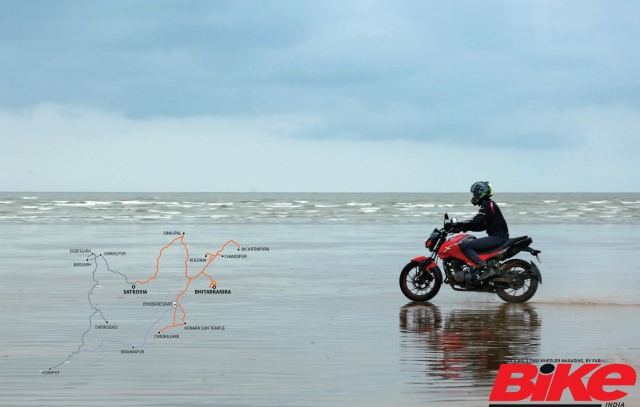 It has been many days and thousands of kilometres since we swung a leg over the capable Hero Xtreme 160R and embarked on this mission to explore the unseen side of Odisha which, as the state claims and we now believe, is India’s best kept secret. So far, we have ridden through the southern and western regions of this beautiful state and every memory I collected on the way will retain a special place in the timeline of my life. Allow me to take you through the sights and adventures we came across when we pointed the Hero Xtreme 160R’s nose in a north-easterly direction. 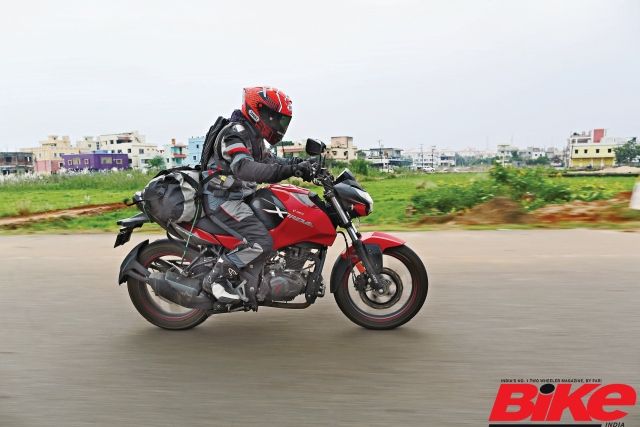 The action resumes at the Similipal National Park where we began the day with a tour through the reserve and, although the animals kept a respectable distance from us, the stunning vistas the forest had to offer certainly made the journey worthwhile. 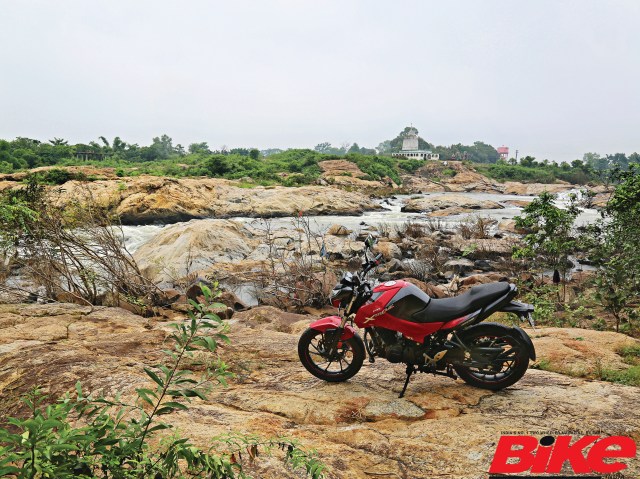 Then we decided it was time to see one of the most iconic places in Odisha: the Konark Sun Temple. Once in the historic town of Konark, we found ourselves admiring and, quite frankly, blown away by the sheer magnificence of the Konark Sun Temple. In fact, I was fully convinced that with the right crystal (or gem or similarly ancient relic), this temple would turn into a spaceship and take off into the horizon. This train of thought may have been inspired by a recent rerun of Indiana Jones and the Kingdom of the Crystal Skull. 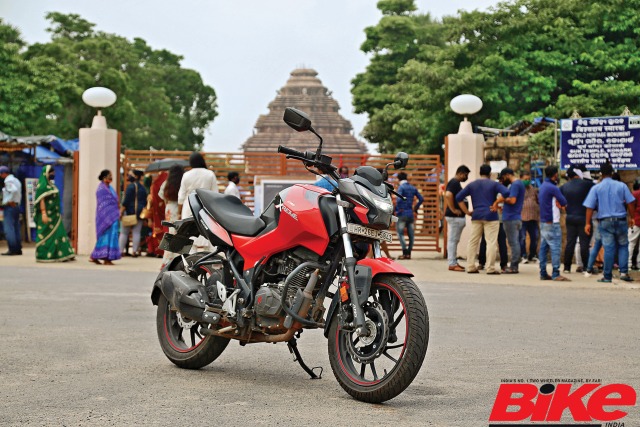 Anyway, we did not linger around to explore that possibility and were back on the road once again, towards the Chilika Lake. As the sun set, the village roads became clogged with homing cattle but the Xtreme’s well-spaced gear ratios and flickable nature allowed me to skirt around the animals and get back up to speed easily to be able to reach our overnight stop in good time. 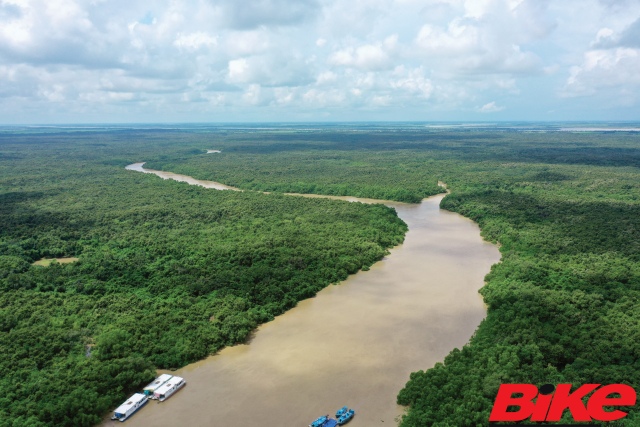 The following day, we gave the Xtreme a rest (not that it needed it) and set out on a boat to spot some dolphins and explore the vast expanse of the Chilika Lake. Having successfully sighted some dolphins, we carried on to treat ourselves to a nice time on a deserted beach that ran along the periphery of the Lake, separating it from the Bay of Bengal. As the beach got warmer, we left for our overnight halt, the Kuldiha Wildlife Sanctuary. 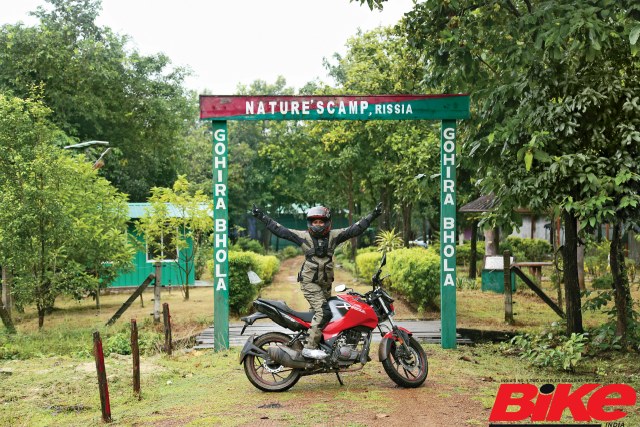 After the following day’s exploration of the forest and some trail-riding, we were longing for a change of scenery. So, we left the dense canopy of the jungle and headed east towards Chandipur beach. Unfortunately, we did not get to spend a lot of time there because we had to reach Bichitrapur by nightfall.

The following morning, we went to take a look at the mangrove forest in Bichitrapur but we were not as much taken up with the foliage as the beach (Talsari beach) that lay right opposite it. In a matter of minutes, the Xtreme 160R found itself on the damp, stiffly packed surface of the beach, throwing up wet sand as I hurtled across the length of the shore. The experience of riding on such a surface was exhilarating and not something I am going to forget in a hurry. During these shenanigans, I was most thankful for the Xtreme’s wide handlebars and potent mid-range. They gave me that extra dollop of confidence to try something new with the motorcycle on unfamiliar terrain. 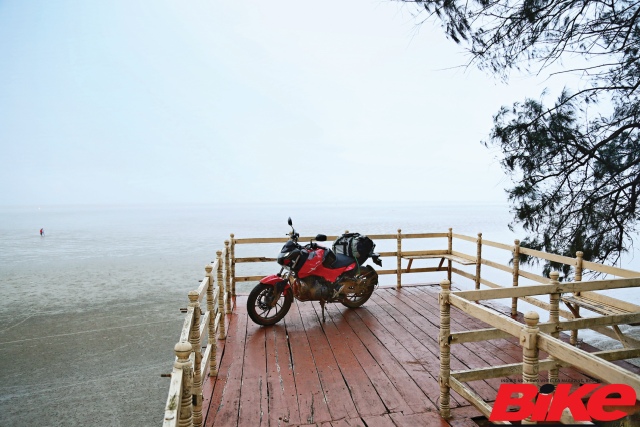 As I rode away from the beach, I was faced with a new dilemma. What should I be more sad about? That I was leaving the beach behind or heading towards our final stop during this wonderful trip across Odisha, which meant my time in the saddle of the endearingly reliable Xtreme was also drawing to a close? The finish-line could wait, though, because I had more highway miles to munch. The Xtreme’s highway manners were as good as ever and, while riding at night, its powerful LED headlamp was a boon too. Its wide throw easily picked out the stray animals lounging around along the highway and the ABS-equipped brakes made sure I could shed speed in a hurry if any of them strayed into my path.

The following morning at the Bhitarkanika National Park was picture-perfect. Home to one of the largest mangroves and swamp ecosystems in India, Bhitarkanika’s diversity in wildlife is as rich as (if not more than) India’s cultural diversity. We saw spotted deer and wild boar as we walked to the jetty and then we also saw a variety of birds and a few saltwater crocodiles as the boat cruised through the mangroves. Such an ecosystem is pivotal not only for the wildlife to flourish but is also one of nature’s solutions against flooding. 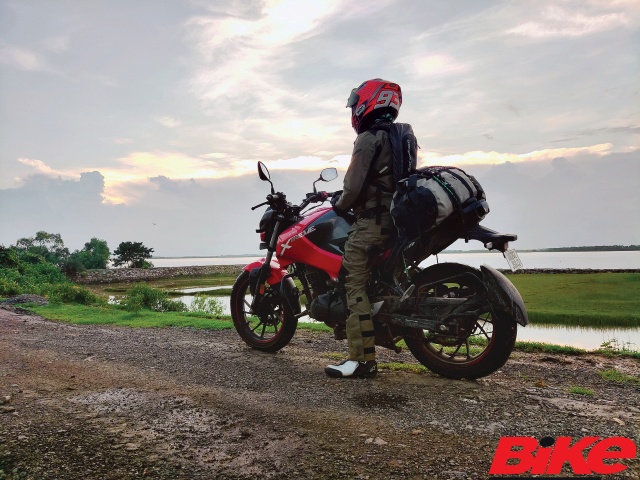 There we are, folk. End of the road for our Odisha odyssey and, as the credits roll, I feel that the Hero Xtreme 160R deserves the most limelight. The motorcycle did everything that was asked of it and remained as reliable as only a Hero bike can. We didn’t face the slightest issue throughout this nearly 4,000-km-long journey. The Xtreme’s compact dimensions, go-anywhere attitude, frugal thirst, and Hero’s remarkable dealership network meant that we were never stressed about the ride. If a motorcycle relieves you of such stress during a road trip, then that motorcycle is already a capable overlander. 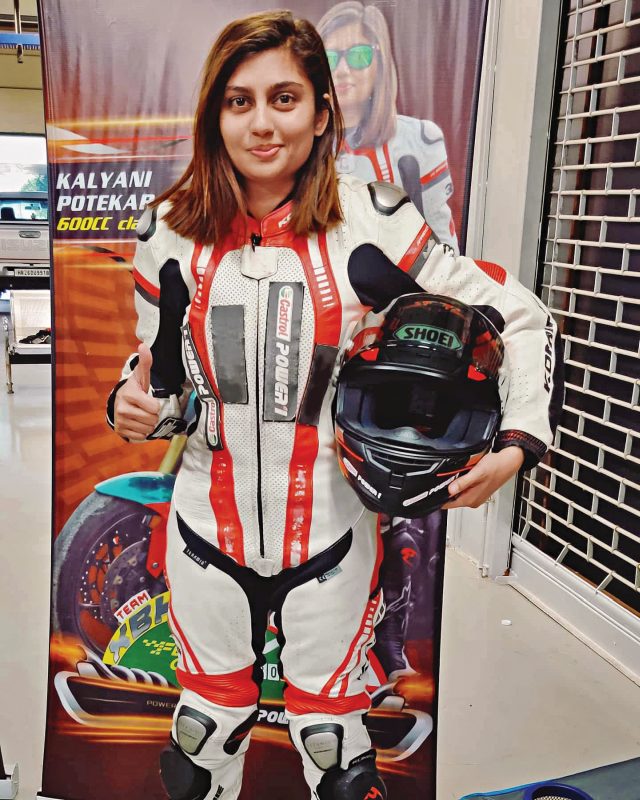 On this epic trip across Odisha, we were joined by popular biker and motorcycle racer, Kalyani Potekar. While my version of the ride is spread across these pages, Kalyani’s version is available on her Instagram page. Here is what she had to say about Leg Three.

What will you miss most about this trip?
I’ll miss almost everything… the food, the pristine beaches, riding through forests, and the scenic roads, of course.

Are you looking forward to more trips with the Hero Xtreme 160R?
Certainly. It is an enjoyable motorcycle and after this trip, I am confident about its road-tripping capabilities.