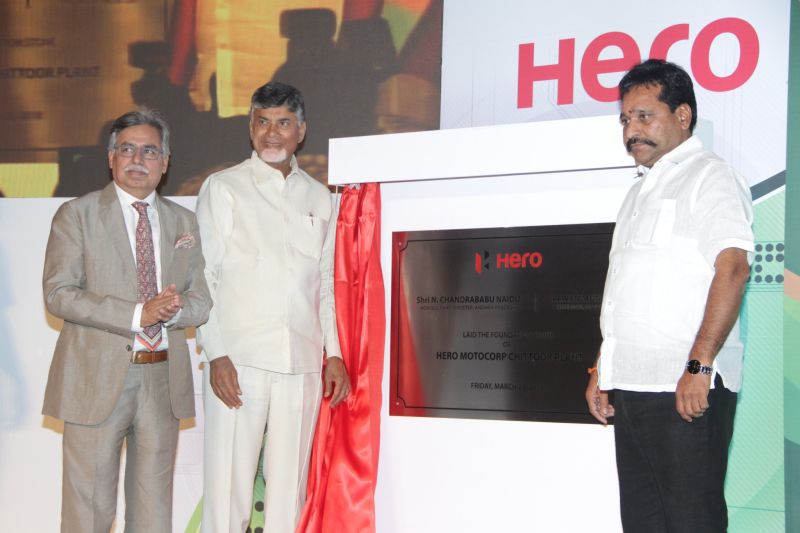 The new Hero MotoCorp facility in Andhra Pradesh will create thousands of new jobs, and will cost the company an investment of Rs 1,600 crore.

Hero MotoCorp currently has five manufacturing units within India, with two more abroad, and the company has now announced plans for yet another plant in Andhra Pradesh’s Chitoor district. Hero MotoCorp plan to directly employ 2,000 at the new facility, and expect to create over 12,000 new jobs in the region, boosting socio-economic growth in the state as the company establishes a manufacturing ecosystem of vendors and suppliers. Hero MotoCorp’s current production capacity is 9.2 million units per annum, the highest in the country, and once the new facility is running this figure will go up to 11 million.

N. Chandrababu Naidu the chief minister of Andhra Pradesh had this to say, “I am personally very glad that Hero MotoCorp, the world’s largest two-wheeler company, is setting-up a manufacturing facility in our state, the company’s first such manufacturing unit in southern India. People of our state are going to benefit immensely from this venture.