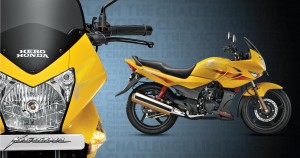 New pouring in from Nairobi that keeping with its global expansion plans, Hero MotoCorp have launched the ‘Hero’ two-wheeler brand in Africa. The company has launched its operations in Kenya, has also set-up its international assembly unit and soon will enter other markets like Burkina Faso and Ivory Coast.

Hero MotoCorp has roped in the reputed business house of Kenya, Ryce East Africa, to bring its two-wheelers to the country. Under the alliance, Sameer Group, which is a part of Ryce East Africa, has been appointed as the authorised distributor of Hero range of two-wheelers in Kenya. These products will be distributed through a network of outlets spread across the country. The company has introduced their popular motorcycle models like the Dawn, Splendor Pro, Glamour, Hunk and Karizma.

Pawan Munjal, MD & CEO, Hero MotoCorp, said “This is a strategic market for us in our overall plan for the continent, which is why we are also starting our first Africa CKD assembly operations here.”

Hero MotoCorp’s foray in Africa comes close on the heels of its launch in Central America, where the company commenced its operations in Guatemala, El Salvador and Honduras in the month of May. Hero MotoCorp’s other international markets include Sri Lanka, Bangladesh, Nepal and Colombia.