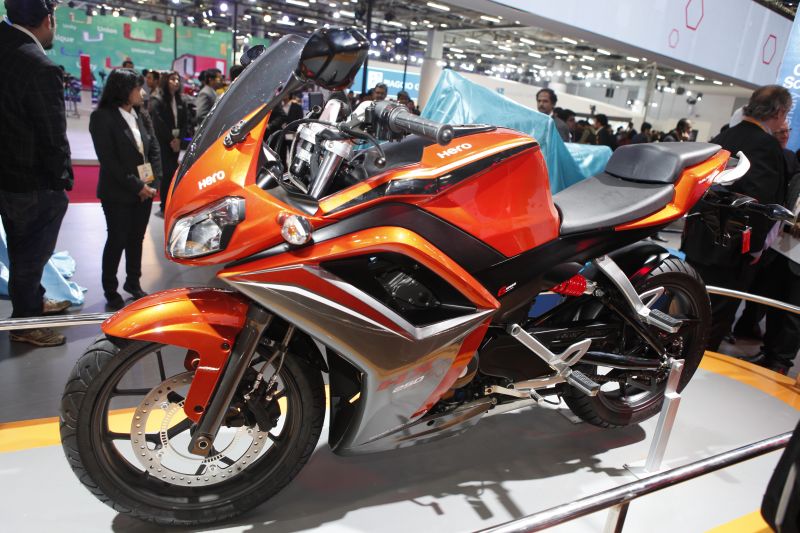 Hero MotoCorp to concentrate on the Xtreme 200S and Xpulse off-roader instead. The HX250R concept first displayed at Auto Expo 2014 was a joint effort between Hero MotoCorp and EBR (Eric Buell Racing) of the United States. With the time that has passed and the subsequent dissolution of this joint venture, officials at Hero MotoCorp have decided to put this project on the back burner while they concentrate on the launch of the Xtreme 200S street bike and the Xpulse off-roader that they displayed at EICMA earlier this year, and we can check out these two machines at the upcoming 2018 Auto Expo.

Markus Braunsperger, Chief Technology Officer (CTO) at Hero MotoCorp said that one of the reasons for delaying the launch was that the company believes that the entry-level performance bike segment has moved up from 250 to 300 cc, making this bike irrelevant in modern times. He did hint that they may consider launching a similar bike in the future, with a reworked engine and chassis.