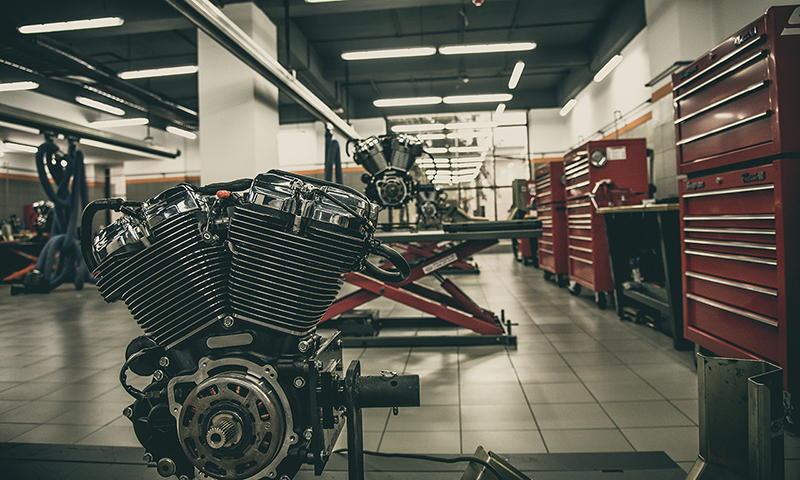 We were at the Harley-Davidson University in Gurugram (formerly Gurgaon) recently to try our hand at dissembling and then reassembling H-D’s latest Milwaukee Eight 107 V-twin. Thus, in a manner of speaking, I entered the shop floor as an apprentice and left it as an alumnus.

It so rarely happens that a manufacturer invites the media to one of their workshops/learning centres to actually come and play around with the technology that goes into making their products. Often a manufacturer would invite us to their facility and show us round their assembly/manufacturing lines, all from a curious spectator’s perspective. However, Harley-Davidson decided to deviate from the beaten track and invited a group of journalists to offer us some hands-on experience. Understandably, the excitement quotient was quite high among the bunch of journalists who were present at the event; after all, we were going to open up the new Milwaukee Eight 107 V-twin from H-D and then put it back together as well. This was a rare opportunity for us to explore the heart of the modern H-D line-up up-close. Honestly, it turned out to be one of the best experiences I have had in my career as an automotive journalist so far.

It all started off with a classroom session where John McEnaney, Lead, Technical Training Asia Emerging Markets, stated some ground rules and how we would approach the entire process. He surely was a strict teacher but, at the same time, he ensured that we had a brilliant time playing with a 107-cubic inch engine.

We were divided into groups and, as the classroom session came to an end, entered the shop floor where eight Milwaukee Eight 107 engines were placed on adjustable benches, all ready to be taken apart. Next to the benches were brand-new sets of Snap-on tool-boxes that had been imported from the US and contained all the tools necessary for working on H-D engines. Before I begin explaining, or rather describing, my experience, let me tell you that each bench and tool box and Pine work table costs over Rs 10 lakh. You may ask, why spend so much on tools? Well, the answer is that the right quality tools speed up the process of opening and closing the engine without causing any untoward incidents. Hence the investment. John also mentioned that all the Harley-Davidson dealerships have benches and tool kits just like the ones we used at the University to maintain quality service. This shows the commitment that both the company and the dealers have towards their customers.

After getting accustomed to the tools around and mentally making the conversions from metric to imperial (for all tools were in imperial measurement), we switched our attention to the manuals lying on the pine table. These were exactly the same manuals that all H-D dealerships have and they explain the entire motorcycle and how to service it, including the sequence of opening and tightening the bolts on the engine and other parts of the motorcycle. 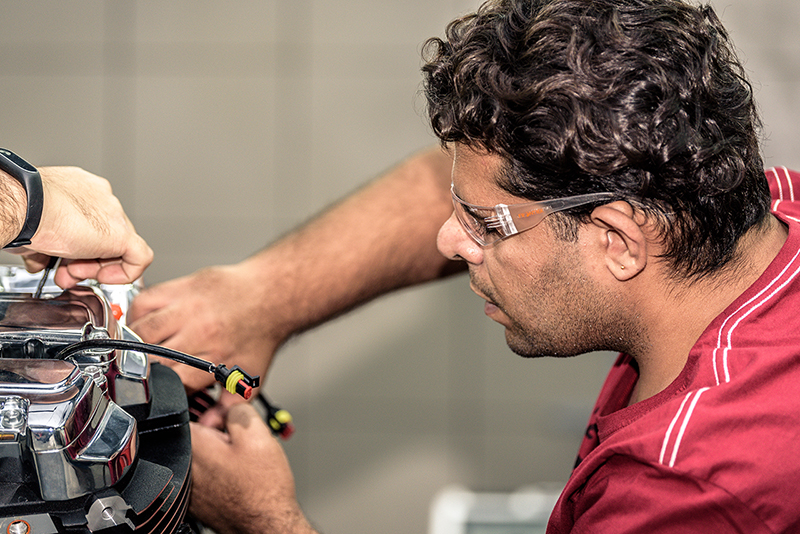