Can Triumph break the land-speed record using not one, but two turbocharged Rocket III engines?

Triumph and the Bonneville Salt flats in Utah, USA have a connection that goes a long way back in history. This connection goes back to the days when Texan, Johnny Allen achieved 311 km/h on a purpose built, streamlined Triumph T120 – the Devil’s Arrow. Following this accomplishment the bike carried the moniker ‘Bonneville’ and Triumph marketed their bikes with a bold claim – ‘The World’s Fastest Motorcycle’. However, those are the days of yore and there have been many who have been upping the land speed record. The current record stands at 605.697 km/h! That’s maddeningly fast.

In a neurotic need to break this record, Triumph Motorcycles have teamed up with Guy Martin, Isle of Man TT racer, truck mechanic and a certified adrenaline junkie. The bike in question will be a purpose built Triumph Rocket Streamliner which will employ two turbocharged Rocket III engines (2.3-litres each!) and will use a Carbon Kevlar monocoque construction. With a healthy diet of methanol, the fire-spitting powertrain will put out over 1,000 PS at 9,000 RPM. The bike stands two feet wide, three feet tall and 25.5 feet in length, and is shielded heavily to cut through the winds at the salt flats.

The team and Guy will be testing this month whereas the record attempt will take place between 24 and 27 August. Guy Martin has earned himself a reputation as a speed demon and his antics on two wheels are known far and wide. However, this one, if pulled off will carve out his name in the history of motorcycling. 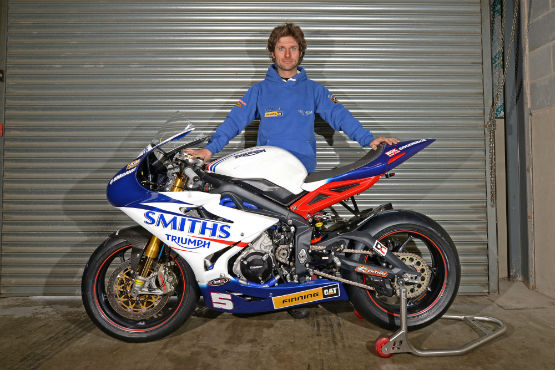