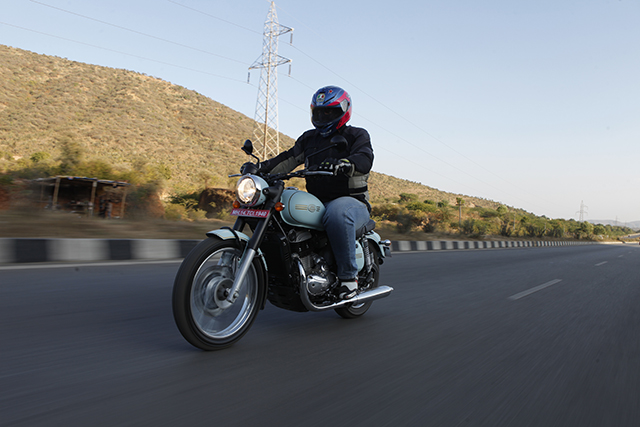 The retro bug has bitten many motorcycle companies around the world and the latest one to join the fray is the recently resurrected Jawa brand. The newly formed company, called Classic Legends, is the joint venture between Mahindra and two other partners and the first product to be launched is the Jawa and its dark-themed variant, the Forty Two. We rode both the bikes in Rajasthan and this is what we felt.

To begin with, I spent most of the time with the Forty Two, however, the basic differences between the Jawa and Forty Two are the handlebar, the paint job, and the headlamp cowl. Apart from these, both the motorcycles are pretty much the same. Both come with a 293-cc, single-cylinder, liquid-cooled, DOHC, four-valve engine that produces 27.3 PS and 28 Nm. This engine is mated to a six-speed gearbox. A double cradle frame houses the engine with a telescopic fork at the front and twin hydraulic shocks with gas canisters at the rear. Brakes are pretty simple with a 280-mm Bybre disc at the front and a 153-mm drum at the rear. Now those are the basic specs of both the bikes, however, it is the design and styling that is the main highlight of the Jawa and Forty Two. 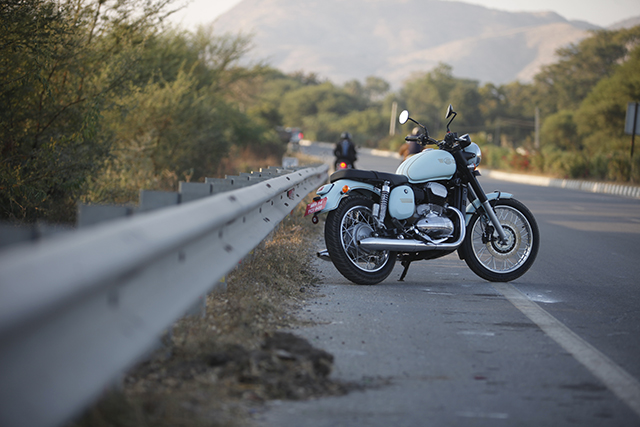