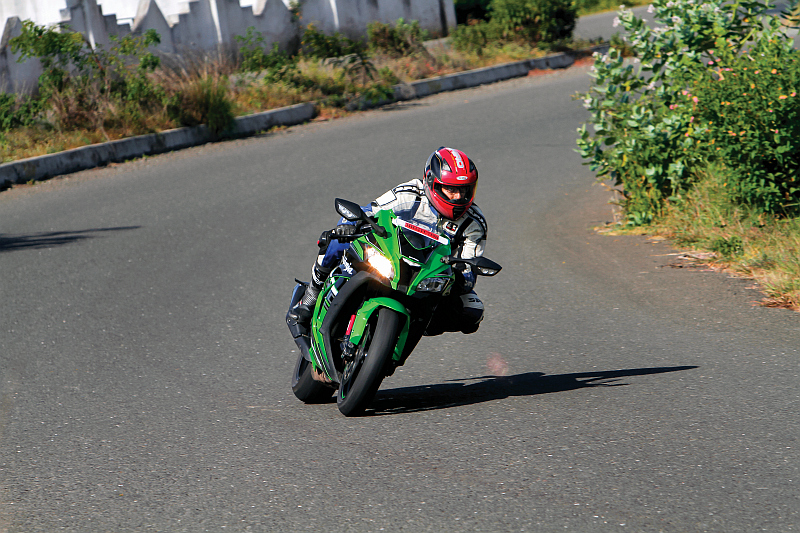 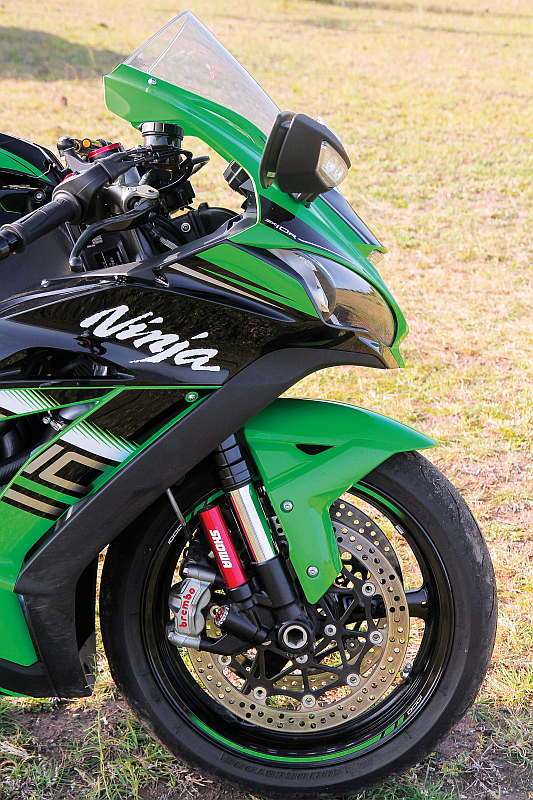 On the dynamic abilities aspect, this Kawasaki is at its sublime best and there’s good reason for that. Thanks to inputs from Rea and Sykes the swingarm is now 15.8 mm longer which has also resulted into a 15-mm (approx) increase in the bike’s wheelbase. This, no doubt, improves straight line stability. Meanwhile, that electronic steering damper keeps the front end stable under harsh acceleration. What makes the biggest impact on the bike’s handling ability, however, is that oh-so-predictable front end. Even for a slightly-better-than-rookie rider like me, the aforementioned predictability gives so much confidence that despite my fears I found myself pushing harder and harder. This bike almost makes it too easy. One of the reasons for this predictability, according to Kawasaki, is the Showa Balance Free Forks (note the nitrogen canister on each of the shocks). Making their début for the first time on a production motorcycle on this Kawasaki Ninja ZX-10R, these forks allow the functions of the front suspension to be isolated so that a tweak to damping, which is controlled via the compressed nitrogen, will not affect the compression and rebound, both of which are hydraulically managed. The other reason ascribed to this wonderful front-end feel is the proximity of the headstock, which is now 7.5 mm closer to the rider, thus putting more weight on the front. The rear suspension is a fully adjustable gas-charged Öhlins monoshock. 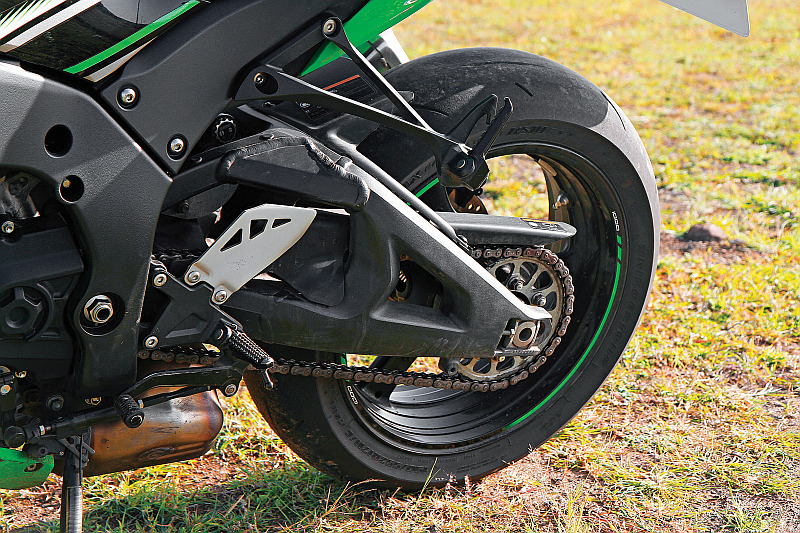 Although an aspect like ride quality is of little consequence in such a track-focused motorcycle, it would be wise to remember that a majority of Indian owners will end up riding this bike on our far from perfect roads. And for these roads, which can vary from being super smooth to rough to completely broken, the ride quality is definitely stiff. It won’t kill your back but it will shake things up quite a bit.