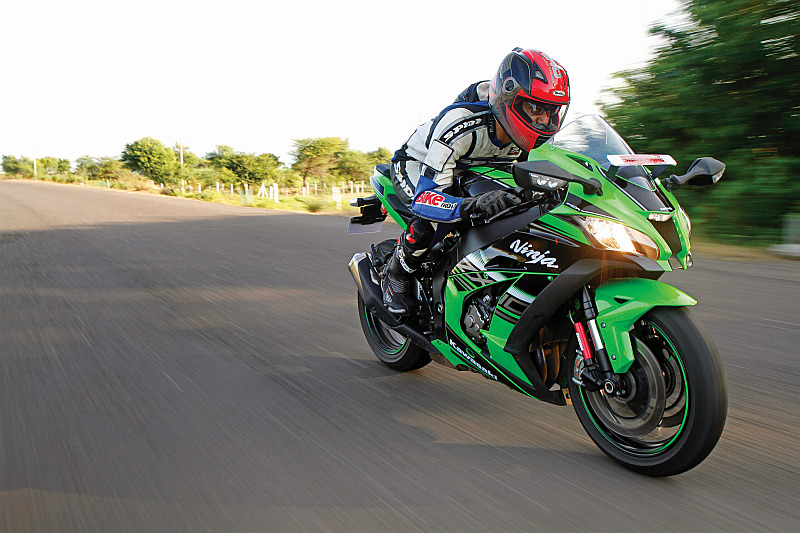 Before you get going it is important to familiarise yourself with all the tech that you’re surrounded by for the 2016 model of the Kawasaki Ninja ZX-10R boasts of five levels of traction control (the outgoing version had three) and three levels of launch control settings and one that manages engine braking. There are different modes that can be selected by pushing the toggle button with your left thumb. The Full mode allows the rider to access 100 per cent of the engine’s power while the Middle mode allows 80 per cent and a Low mode limits power availability to just 60 per cent, which, mind you, is still 120 PS! The aforementioned launch control settings allow the rider to optimise launches by preventing wheel-spin and unwanted time consuming wheelies. Meanwhile, the engine braking control system actually allows the rider to access just the desired amount of engine braking. Not too much, not too little. There is a Quick Shifter as well so you can pretty much go through the slick six-speed gearbox with the throttle wound wide open. For downshifts you have to resort to the clutch again. The five-level traction control ensures optimum traction from conditions ranging from a dry race circuit to wet city roads and everything in between. Additionally, there are other trick gizmos such as an Inertia Measurement Unit (IMU) developed by Bosch that measures inertia along six different axes, five of which are measured and one is calculated. Thanks to this cutting-edge piece of kit the bike has a better sense of the chassis’ orientation and is, therefore, better able to stay on the intended line. In comparison to all this space-age technology, the humble ABS and the Öhlins electronic steering damper seem almost pedestrian. 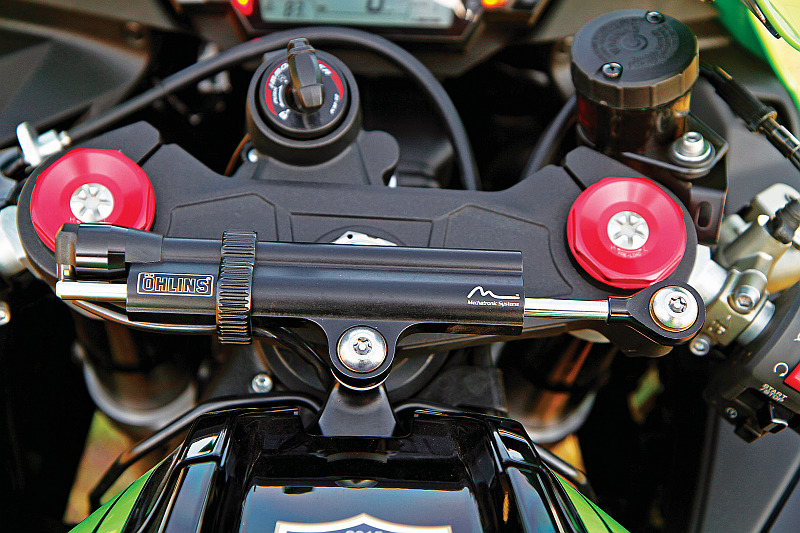 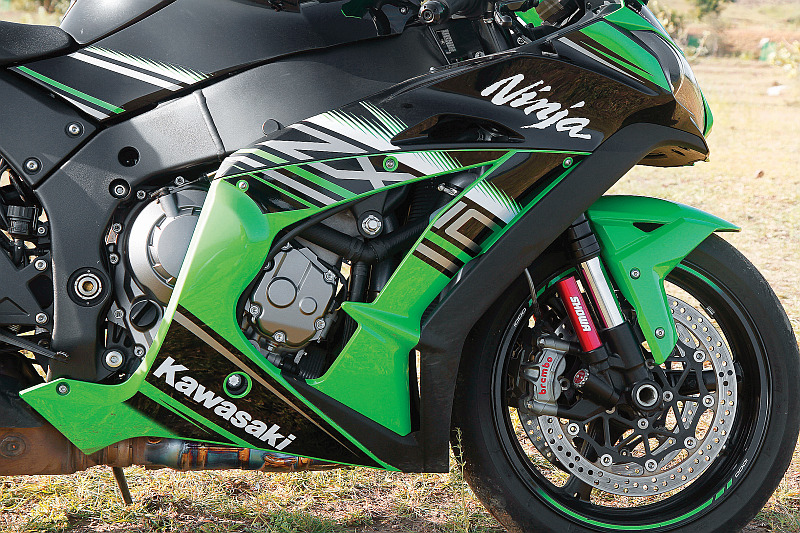 I thumb the starter reverentially and the liquid-cooled 998-cc straight four engine fires up instantly and settles into an unintimidating hum. But don’t be fooled by this apparent docility. The bike’s ferocious nature can be heard even at standstill should you twist the throttle with the same gusto as an angry schoolteacher’s wrist on an errant student’s ear. An angry howl leaves you in no doubt as to what this motorcycle might be capable of. The bore and stroke, the compression ratio and the four 47-mm Keihin throttle bodies may be the same as that of the engine in the previous version, but a lot has been changed. For starters, the cylinder-head is new, the valves are now of titanium with the exhaust valves being one mm wider than before, at 25.5 mm. The crankshaft is lighter and, as a result, its moment of inertia is lower than before, which, in turn, helps reduce engine vibrations. The pistons, too, aren’t the same; they are lighter and made of a new material and the cylinder walls are thicker. A lot of work has also been done by Kawasaki in improving airflow with the air-box being 25 per cent larger and the air-filter itself being 60 per cent larger. 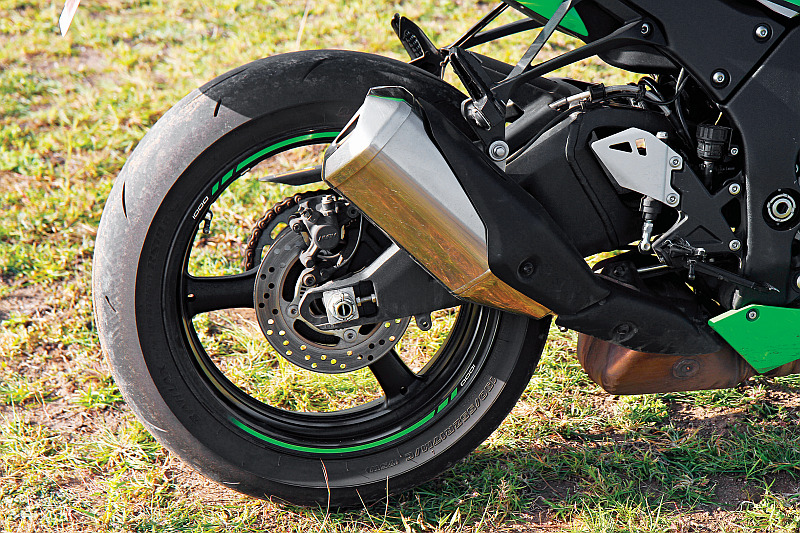 Despite all that thumping inside the chest, which I daresay outdid the vibrations from the bike’s engine, which is actually rather refined, this Ninja is surprisingly easy to ride. There’s grunt available from the bottom of the rev-range and there is a certain linearity of delivery that almost makes you forget that this is a focused super-sport motorcycle. In fact, below 7,500-8,000 RPM the bike feels rather manageable but get into the hot zone beyond this rev range and suddenly you’ll find your brain trying to catch up with the bike. The acceleration at this point is ferocious and you’ll find yourself reaching everywhere much too quickly. It’s almost scary and yet thrilling at the same time. In between shots during our photo shoot I frequently found myself scaring the wits out of myself and finishing the acceleration run with a wide grin pasted on my face. It’s exhilarating beyond words. 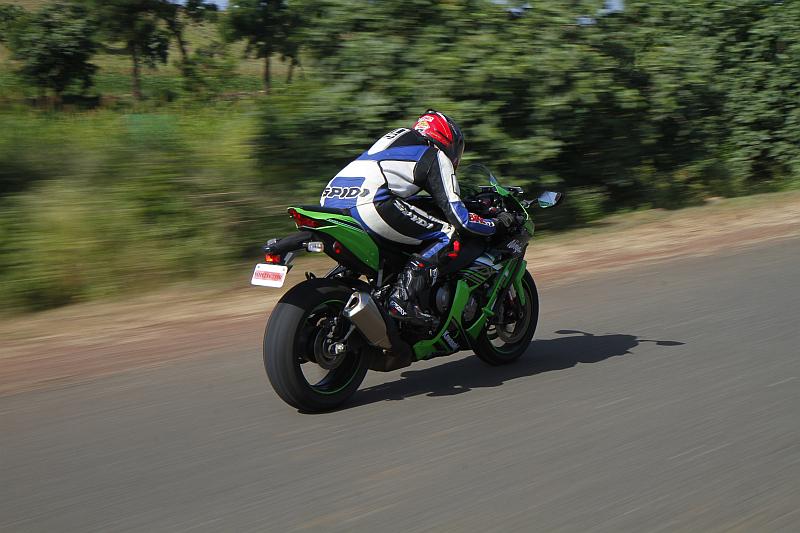