Carlin Dunne, riding the Ducati Streetfighter V4 Prototype at the Pikes Peak Hill Climb event, crashed metres away from the finish line and lost his life. 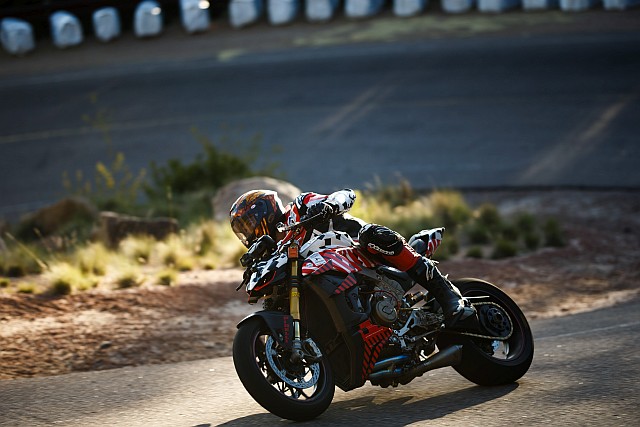 Carlin Dunne, 36, from Santa Barbara, California had previously won the Pikes Peak International Hill Climb event four times. Yesterday, when he was attempting to beat the record time of climbing the hill, he lost control of the bike and crashed just metres before the finish line, resulting in the tragic accident.

Reports suggest, Dunne was on his way to beating the record time and was almost three seconds faster than the competition. Shrapnel was seen flying out of the last corner going over the right edge of the road about 20 yards (about 18 metres) from the finish line. Apparently, there was a problem in the last sector where there was a bump in the road. Dunne may have taken the bump at a very high speed which could have resulted in the accident.

The Board of Directors of the Pikes Peak International Hill Climb said “We mourn the tragic death of Carlin and he will remain in our hearts forever as part of the Pikes Peak International Hill Climb family. Carlin will be remembered as a warm-hearted mentor with a competitive spirit. He was a gentle and thoughtful man who touched everyone who met him. We will always remember his contagious smile and genuine love for the sport”.

He will always be remembered as a part of the International Pikes Peak Hill Climb family. We extend our deepest condolences to his family and friends.