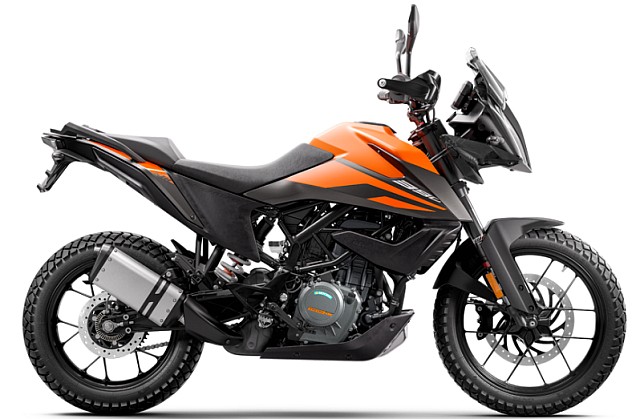 The most awaited ADV in India, the KTM 390 Adventure, has finally been revealed at the EICMA show and seems to be more promising than ever. KTM have used a lot of the design elements from its bigger brother, the 790 Adventure. It uses the same 373.2 cc engine seen in the 390 Duke and the power figures are the same as well, save for some changes to the mapping to make for a meatier mid-range. The new elements on the KTM 390 Adventure are the new 19- and 17-inch alloy wheels at the front and rear, which will have 100/90-19 and 130/80-17 tyres, respectively. The suspension set-up includes a 43-mm USD fork with compression and rebound adjustability and a rear monoshock that can be adjusted for preload and rebound. The wheelbase of the bike has been significantly increased, to more than 1,400 mm, to suit its off-road characteristics. The fuel tank can now accommodate 14.5 litres of fuel and weighs in at 158 kg dry. The motorcycle is likely to launch at the India Bike Week (IBW) in India and should get a BS VI-compliant engine. We can’t wait to get our hands on the all-new KTM 390 Adventure to tell you all about it. 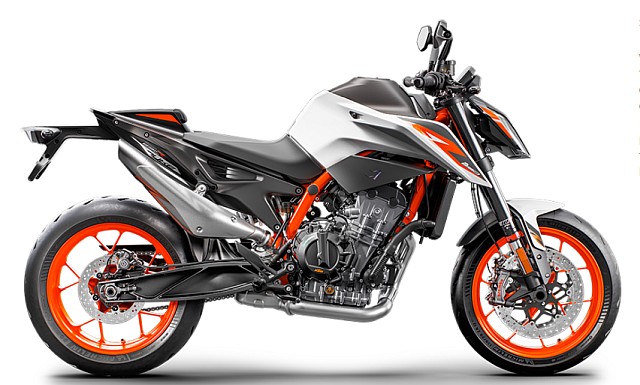 KTM never stop with their “Ready to Race” philosophy and have now given the KTM 790 Duke, aka the Scalpel, a bigger brother, the KTM 890 Duke R, that gets a completely new and more powerful engine. The bike carries completely race-spec parts and is a more focused track tool. KTM are calling this new middleweight the “Super Scalpel”. KTM say that this machine is a more sportier and edgier naked bike meant for hard riding. Another feature we saw on the bike is the fully-adjustable WP APEX suspension setup, better brake set-up and a new set of rubber on the wheels. The twin-cylinder 899-cc engine gets a power output of 120 hp and a peak torque of 99 Nm accompanied by a dry weight of 166 kg. 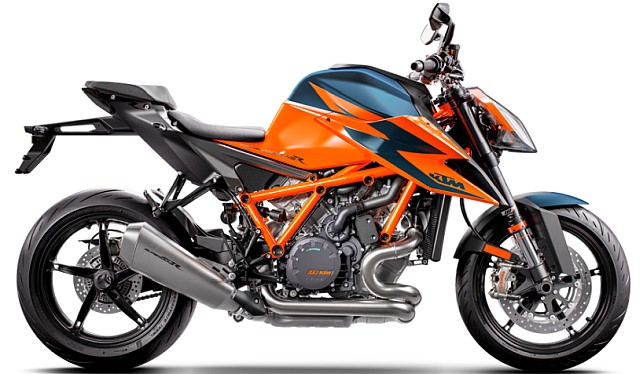 The biggest beast of the KTM range gets an update, too. The all-new 1290 Super Duke R now gets a new chassis and an entirely new look. KTM say that the Super Duke R is now a leaner, meaner and an even more menacing hyper-naked bike than ever before. Powering the motorcycle is the 1,301 cc LC8, V-Twin engine pumping out 177 hp and 140 Nm of peak torque. The dry weight of the new 1290 Super Duke R stands at 189 kg. The new engine has been designed to be lighter while retaining its torquey character and the beast is tamed with the variety of electronics and safety features it has been equipped with. The all-new frame has been designed in such a way that the torsional rigidity has been increased to three times as much as that of the previous model. The frame also makes use of wider diameter tubes with thinner walls, which is the single biggest weight-saving measure on the bike – eliminating a full two kg.