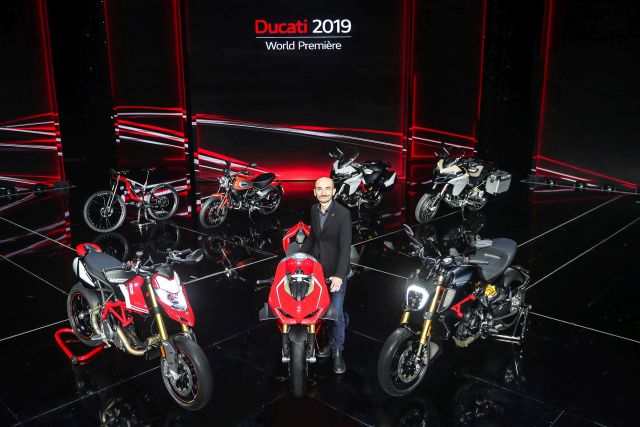 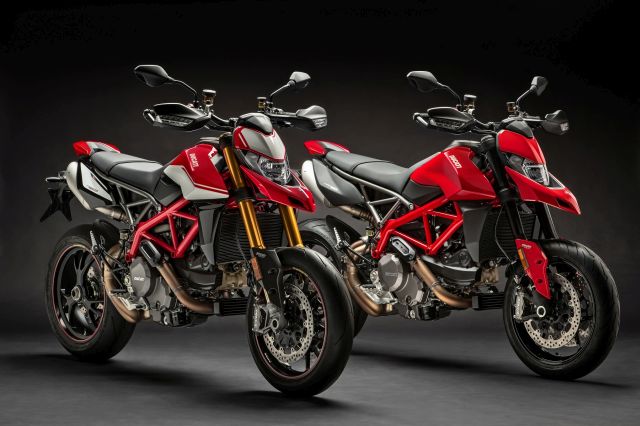 The first all-new motorcycle from the Italian marque is the Hypermotard 950. The new bike has reprieved an extensive makeover, with the look taking cues from the supermotard race world. The bike is four kg lighter than its predecessor with a renewed 937-cc Testastretta 11-degree engine developing 114 PS. The bike also has more electronics with the Bosch Cornering ABS with Slide by Brake function, Ducati Traction Control EVO (DTC EVO), Ducati Wheelie Control (DWC), Ducati Quick Shift (DQS). There is also the higher performance Hypermotard 950 SP with higher race overtones. The SP variant is equipped with a flat-seat, increased-travel Öhlins suspension, and Marchesini forged wheels. 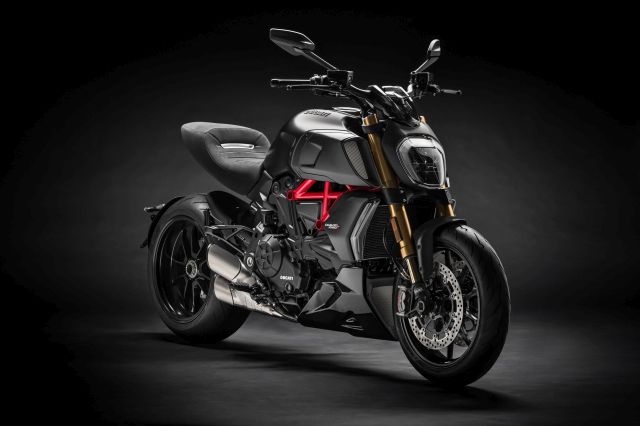 Another major unveil was the new second-generation Diavel 1260, which the marque claims stays true to its original spirit. The key styling element on the bike is retained with a more contemporary slant to them, with more assertive outlines and increased performance, being powered by the Testastretta DVT 1262 engine now developing 159 PS at 9,500 rpm and 129 Nm at 7,500 rpm. The immense torque ensures that the Diavel offers shattering acceleration and low-rev smoothness for everyday riding and touring. An upgraded chassis set-up makes the Diavel 1260 more responsive on mixed-road routes with the new tubular Trellis frame design. There is also a sportier ‘S’ variant of the new Diavel which includes the fully adjustable Öhlins suspension, dedicated wheels, higher performance braking system, and the Ducati Quick Shift (DQS) as standard. 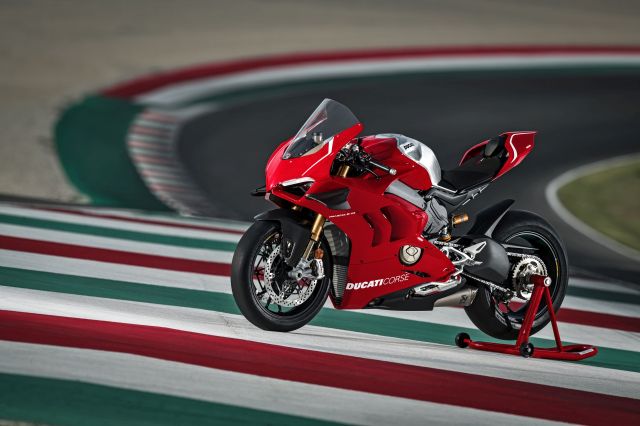 The biggest unveil from Ducati was the new, ultimate version of their extreme performance Panigale V4 flagship superbike, the Panigale V4 R. Compared to past ‘R’ models the new V4 R is even more specialised and bristling with technology taken from MotoGP. The changes are far beyond the regular engine and suspension set-ups. The V4 R includes a new fairing designed by Ducati Corse in collaboration with the Ducati Style Centre to improve the aerodynamics and incorporates aerofoil appendages developed for the MotoGP prototypes that are built from carbon-fibre, increasing stability, while also reducing the dependence on more electronics. Ducati claim the new V4 R is, for all intents and purposes, a WSBK bike for the road, and constitutes the foundation of their bikes that will compete in the 2019 season. The Desmosedici Stradale 1103-cc engine has been replaced with the 998-cc Desmosedici Stradale R to comply with displacement limits set by WSBK rules. Moreover, thanks to the lighter components the new bike weighs two kg lighter than the standard V4 S, bringing the kerb weight down to 193 kg. The performance of this extreme bike is even more impressive with a total output of 221 PS at 15,250 rpm which is 2,250 rpm higher than the peak power on the 1103-cc V4. The performance can be turned up to an even higher degree by fitting the full-racing Ducati Performance exhaust by Akrapovič, boosting power to 234 PS at 15,500 rpm, making it the most powerful Ducati factory motorcycle ever! 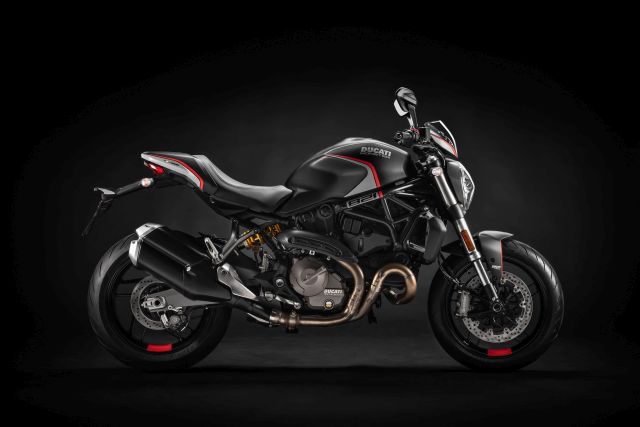