The Italian manufacturer has given us a glimpse of its new Ducati Streetfighter V4 prototype that will be competing at the Broadmoor Pikes Peak International Hill Climb. 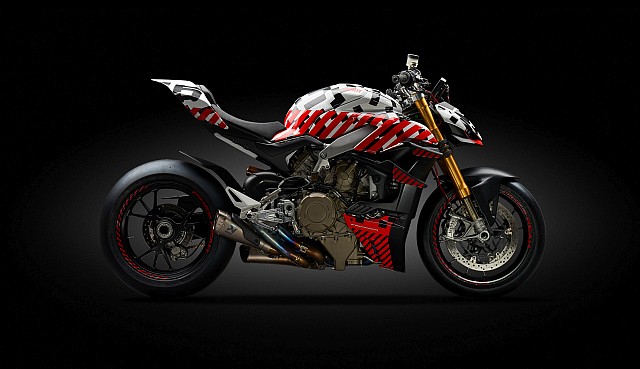 Winner of the 2018 edition of the race, Carlin Dunne will be riding the new Ducati Streetfighter V4 prototype at the Pikes Peak Hill Climb. The event will start on 30th June 2019. The new prototype of the motorcycle is directly derived from the Ducati Panigale V4. Stripped off the fairing and fitted with high and wide handlebars the Streetfighter will use the 1,103-cc, DOHC, 16-Valve, Desmodromic 90°, Desmosedici Stradale V4 engine that is seen in the Panigale V4.

Ducati wanted to give the crowd a naked-street version of the manic Panigale V4 and the ‘Race to the Clouds’ has proven to be an ideal testing ground for the Streetfighter V4. The Panigale V4 produces 214 PS and 124 Nm of peak torque, but the Streetfighter V4 may have a slightly different state of tune to make it friendly for the street. 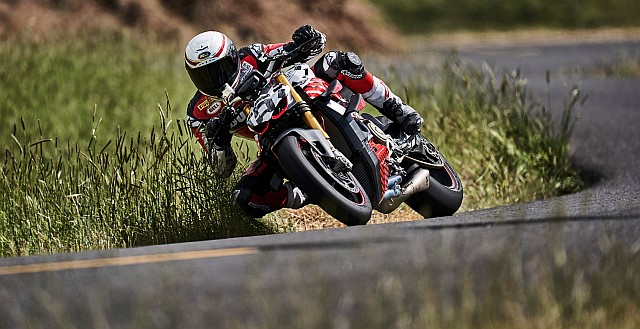 The bike carries new aerodynamic elements to make sure that all the power of the V4 engine is tamed and the bike is kept on the ground. The prototype will be raced with a new pixelated black, red and white livery that has been designed by Centro Stile Ducati.

Claudio Domenicali, CEO of Ducati said, “The Streetfighter V4 will be one of the stars of the Ducati World Premiere 2020. Streetfighter V4 is the Panigale for road riding; so there was no better stage than the Broadmoor Pikes Peak International Hill Climb for what will be the highest performance Streetfighter ever put into production.”

The new Streetfighter V4 will be unveiled to the public at EICMA 2019. We can’t wait to see what the new streetfighter has to offer.