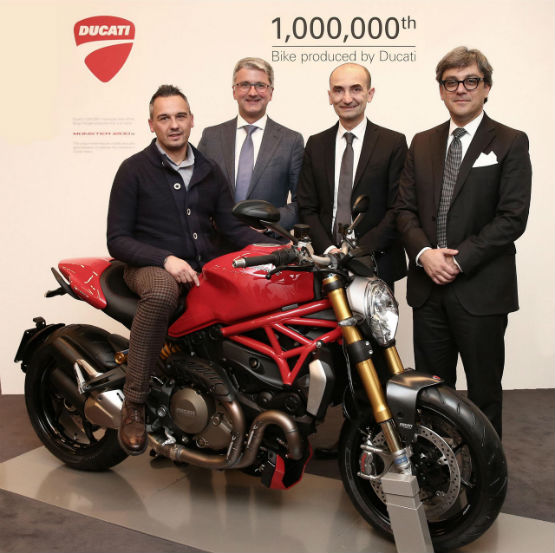 Christmas has come early – The Italian motorcycle company Ducati, rolls out its one millionth speed demon.

The model that became the millionth bike to carry Ducati’s legacy forward was the Monster 1200 S. The iconic bike was handed over by Claudio Domenicali, CEO Ducati, to buyer Ernesto Passoni, at an event held at the Audi City Lab in Milan. The 1200 S has been customised, with the production figures of the Borgo Panigale factory laser engraved on the handlebar bracket. 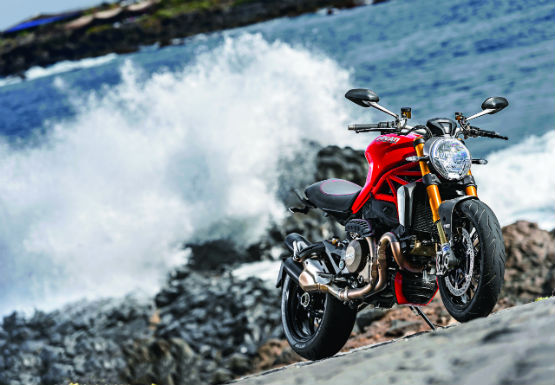 Commenting on this milestone achieved, Domenicali said “Our strength is in the exceptional work that all of the Ducati employees carry out so efficiently on a daily basis, contributing to making our bikes beautiful, unique and desirable. To deliver the millionth bike produced directly into the hands of a passionate Ducatista is an incredible feeling and an incentive to continue along our growth path.” 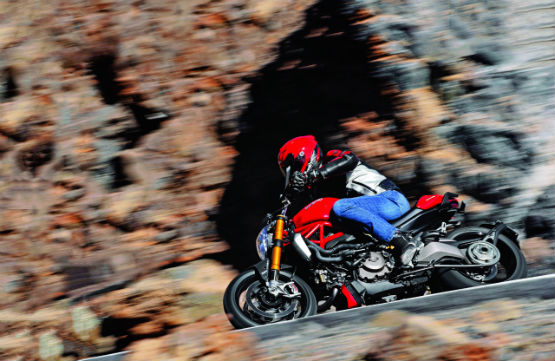