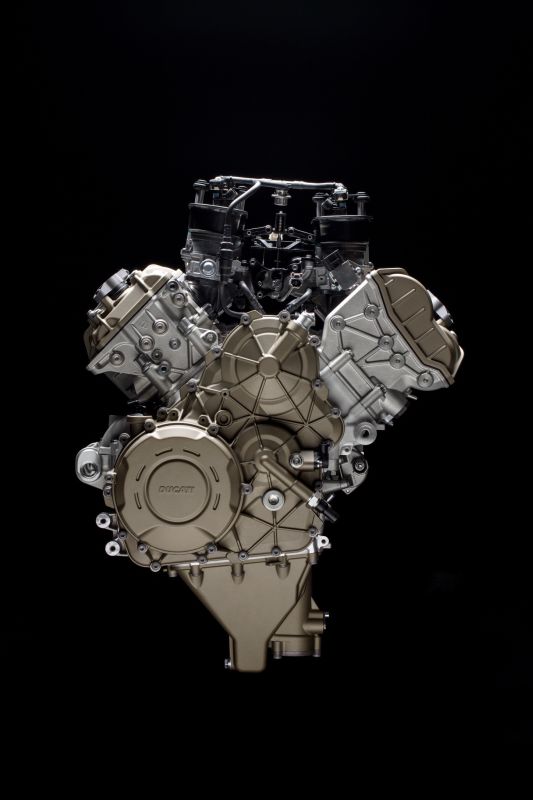 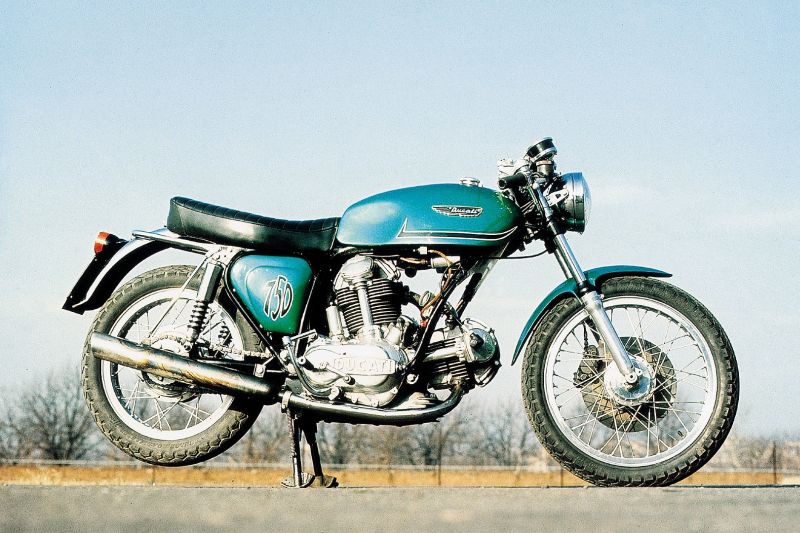 It was way back in 1970 that Ducati’s chef designer, Fabio Taglioni, first penned the design of a 90° V-twin, with the forward cylinder almost horizontal, and the rear cylinder close to vertical, creating an ‘L’ shape when viewed from the side. This layout increased air flow to the rear cylinder, to combat the overheating problems of most mainstream V-twins of the time. Up until then, Ducati were known for their reliable singles, but Taglioni ushered in the era of the L-twin, an engine that was first seen in the Ducati 750 GT of 1971, and has continued to power some of the world’s most desirable Italian motorcycles for almost half a century. From 916 to 996, Panigale to Multistrada, Monster to Scrambler, Ducati’s L-twin, with its compact dimensions and unique character, has become one of motorcycling’s most recognised and loved performance engines. 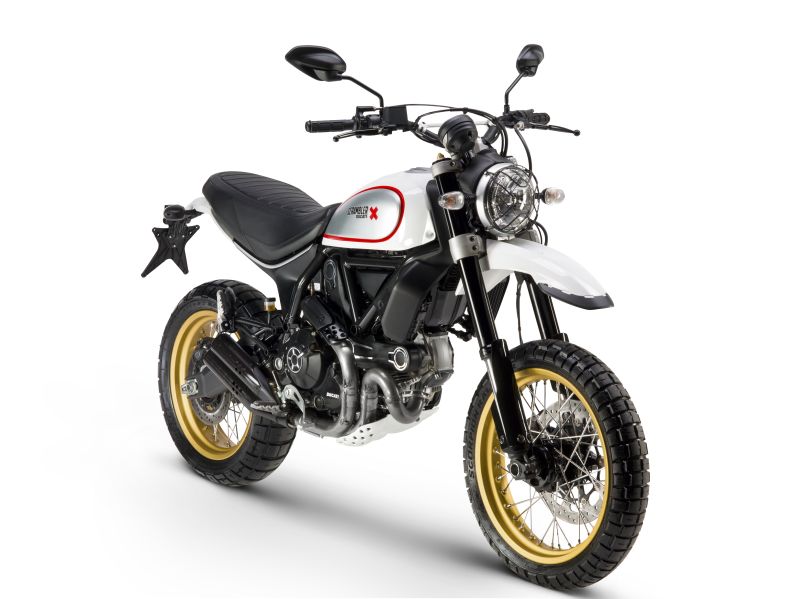 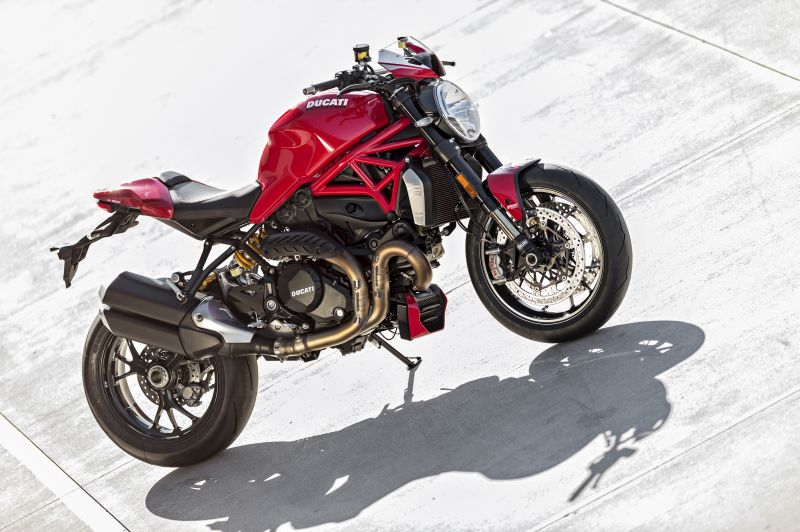 It is 2017, and the end of an era draws near as Ducati have recently launched their last L-twin-powered sport motorcycle, the 1299 Panigale R Final Edition, its 1,285-cc heart commemorating the pinnacle of Taglioni’s original design from 47 years ago. Now Ducati are ready to usher in a new era — that of the V4, and motorcyclists the world over are salivating at the thought of Ducati’s first four-cylinder production motorcycle. 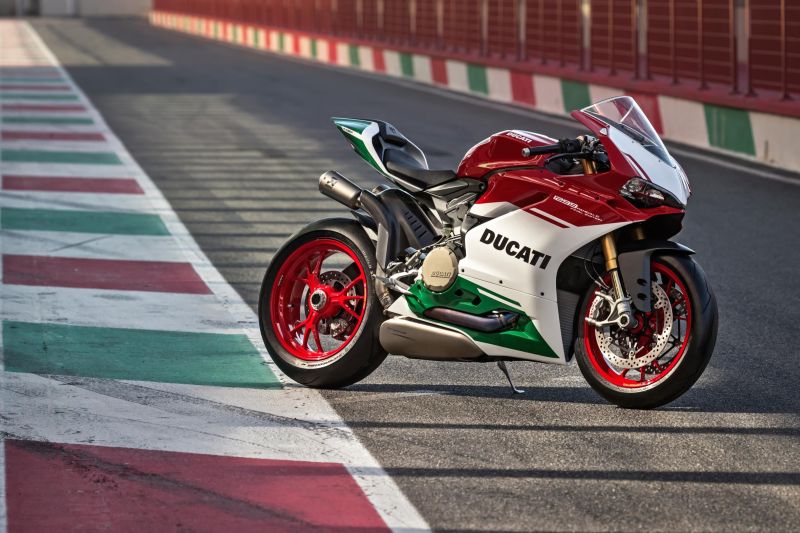 The Italian company has finally taken the wraps off the much-awaited V4 motor, the Desmosedici Stradale, which will power their future sport bikes. So far, the only V4 developed by Ducati powers their MotoGP bike, the Desmosedici GP, and the new road-going engine has been created using lessons learned through Ducati’s extensive racing experience.

The Desmosedici Stradale is a 1,103-cc, 90° V4 that produces 210 PS at 13,000 rpm and 120 Nm of torque from 8,750 to 12,250 rpm. A counter-rotating crankshaft reduces the engine’s overall gyroscopic effect, enabling quick changes of direction, and the twin-pulse firing sequence uses the ‘big bang’ effect to optimise traction on fast corner exits.

A higher-revving R version of this engine, with a displacement of just under 1,000 cc, is also currently being developed for homologation into Ducati’s WSBK race bike from the 2019 season onwards. 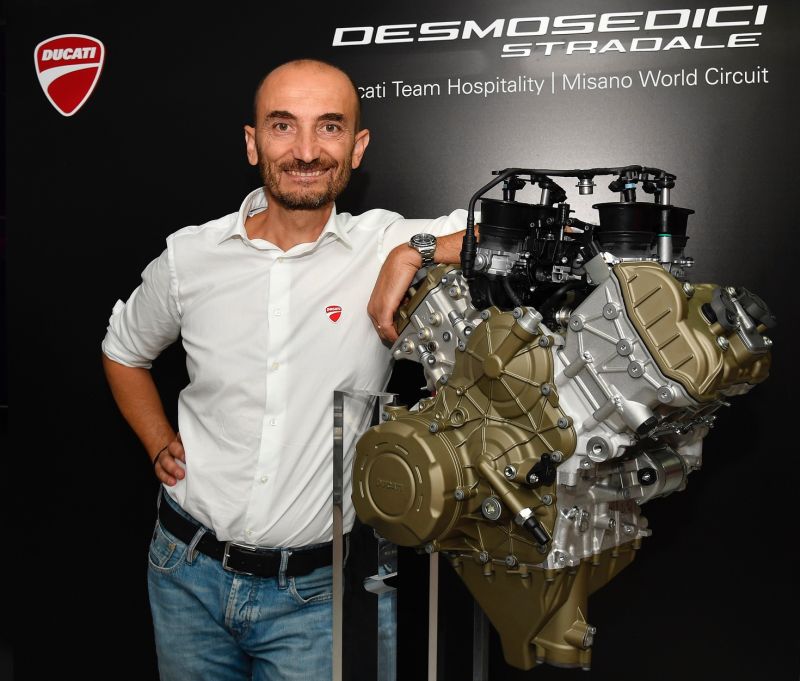 At the unveiling of the new engine at Misano World Circuit, Claudio Domenicali, Ducati’s CEO, hinted at a new V4-powered Panigale by the end of the year; “It’s with undiluted pride that we unveil this technological gem. It represents the start of a new chapter for our company, underlining our vitality and an unshakeable commitment to investment in new products. This engine also highlights the close collaboration between Ducati Corse and the factory bike development team, proving just how instrumental racing can be in developing the technology that is later applied on production bikes. In November, at EICMA, we’ll be showcasing the new Panigale V4, an all-new motorcycle powered by this extraordinary engine”.