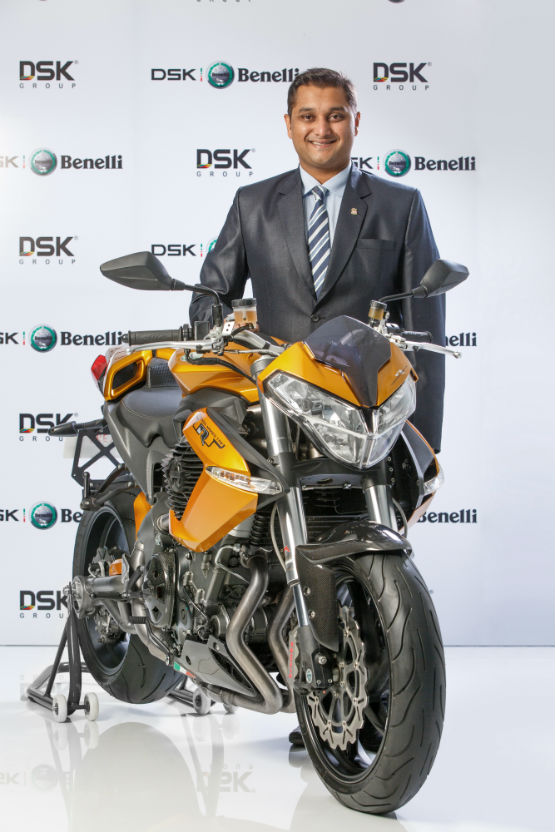 Having launched the brand and its range of products in March, earlier this year, DSK Benelli is now working on war-footing to make these products accessible to consumers across the country.The company has opened showrooms in major metropolitan cities such as Pune, Bengaluru, Mumbai, Hyderabad, Chennai, Ahemdabad and Kolkata. Subsequent plans include expansion in Delhi, Goa, Jaipur and Chandigarh.

Commenting on the expansion of dealership network, Shirish Kulkarni, Chairman, DSK Motowheels said, “Our main focus is to align DSK Benelli’s presence across all strategic locations in order to generate strong brand eminence in the key markets.”He also added, “Furthermore, to enhance this experience, employees at the respective showrooms have been provided with specialised training in management of sales, service, spare parts and customer service, to ensure that our patrons can enjoy best-in-class ownership experience.”

In addition to dealership expansion plans, word on the street also suggests the launch of the eight new models by the end of 2016. Three of the eight bikes might be launched within this year itself, while the subsequent five bikes are slated for launch in the next year. The prospective three bikes due for launch this year will include the TreK Amazonas 1130 adventure tourer based on the TnTR 1130, the TnT 25 single cylinder naked bike, as well as the twin-cylinder Blackster 250, a cruiser built in conjunction with Keeway Motor.