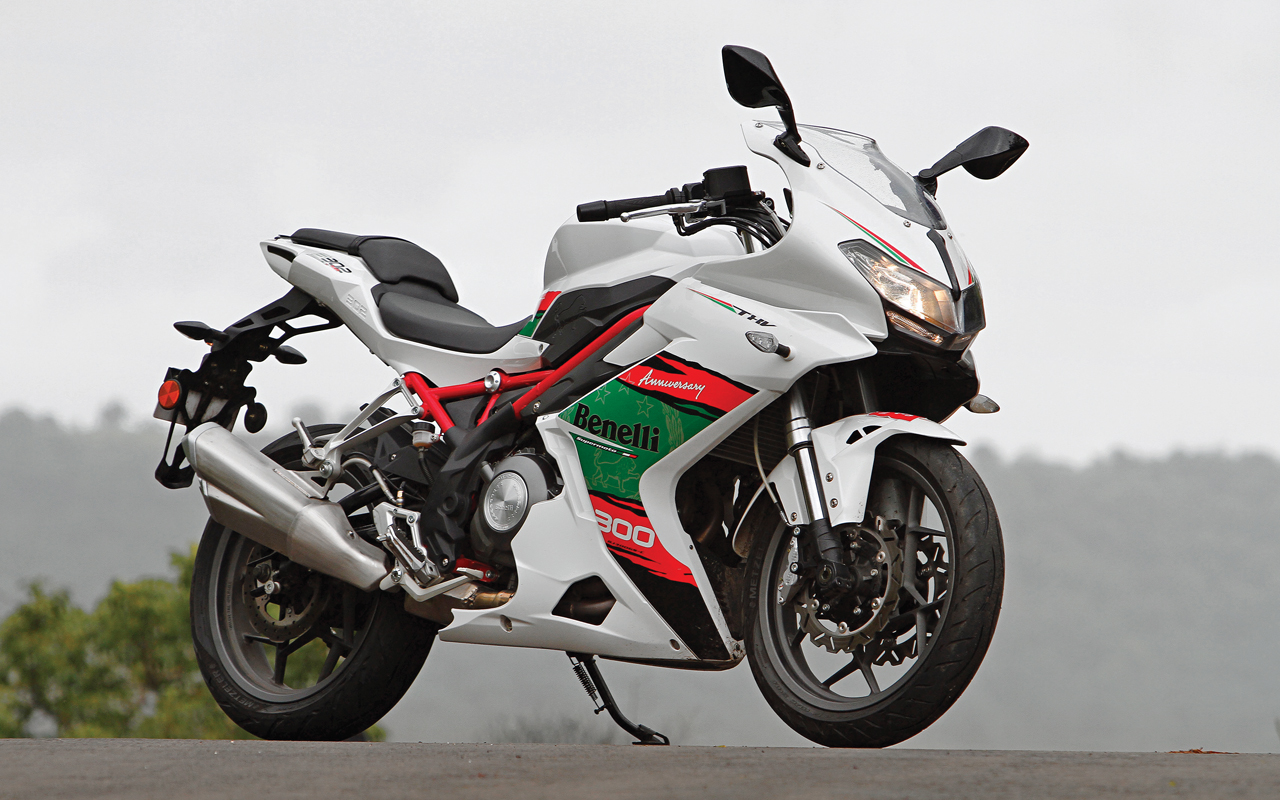 Behold the latest member of the DSK Motowheels family, the Benelli 302R which is set to hit Indian roads on 25 July. DSK Motowheels have announced that they are accepting bookings for their latest compact supersport motorcycle.

Without further ado, lets jump right into the 302R’s specifications. For starters it is equipped with a 300-cc, parallel-twin, liquid-cooled motor, which produces 38 PS at 10,000 rpm and a peak torque figure of 27.4 Nm at 9,000 rpm. The 302R is draped in a new trestle frame, which differs from the naked TNT300’s trellis frame. The 302R employs a more conformist centrally-mounted monoshock although its front gets the same 41-mm upside-down forks as seen on the TNT. This Benelli looks more muscular than its naked sibling, weighing 190 kg but at the same time delivers a sportier feel.

Coming back to the announcement, Shirish Kulkarni, Chairman of DSK Motowheels, commented, “It is quite overwhelming to see that DSK Benelli 302R is receiving such a positive customer response even before it has entered the market.” While describing the new bike, he added, “What’s more remarkable about the 302R is the fact that the fully-faired sports bike is a true manifestation of the Tornado pedigree, whose legacy has enchanted the global super biking community for about half a century now.”

As of now DSK Benelli haven’t stated the price of the 302R, but it is expected to be priced at around Rs. 3.50 lakh (ex-showroom).

Watch this space for more details of the launch on 25 July,2017.