After the CFMoto 250NK naked motorcycle was spotted in India, the Chinese bike maker might consider the just-introduced sportier version of their 250-cc offering. 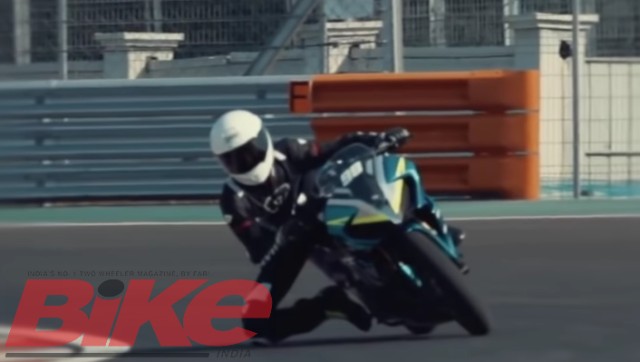 Here’s some exciting news from across the border. CFMoto, a Chinese bike manufacturer has teased the production version based on their 250SR Concept. The interesting bit is that there have been reports stating that the motorcycle maker is about to enter India and is keen on launching a fully-faired motorcycle model in our country. Since Indian bike enthusiasts have a soft corner for sporty and fully-faired motorcycles this could be the right approach. Earlier, a test mule of the street-oriented CFMoto 250NK was spied on Indian roads, hinting at an imminent entry in India.

The new CFMoto 250SR was revealed through a teaser video, and going by the looks it seems to be the full-faired version of the 250NK. A bit like what we’ve seen on the KTM Duke and its RC siblings. So, expect the 250SR to use the same underpinnings and motor from the CF 250NK, albeit with a full front fairing. Since the company is positioning it as a track tool, the CFMoto 250SR gets sporty bodywork, sharp headlamp and tail-lamp design and sleek turn indicators and rear view mirrors.

The CFMoto-KTM intersection doesn’t just end here. CFMoto tied-up with KISKA, the firm which designed modern KTMs, to come out with the 250SR’s design. This upcoming sports bike could sport twin-LED headlamps setup snug inside those huge air-scoops. Though the bike in the teaser video boasts of an Akrapovic exhausts system, we expect the final production model to come with an exhaust unit similar to the one seen on the 250NK.

Keeping to the track theme the ergonomics of the CFMoto 250SR is also very committed thanks to the clip-on handle-bar and rear-set footpegs. As on most modern bikes, the 250SR comes equipped with a large colour TFT screen, which will display important readings like the speedometer, tachometer, gear position indicator, fuel gauge and engine temperature.

Upfront, the sporty motorcycle will get an up-side-down (USD) fork, with a mono-shock setup on the rear. The CFMoto 250SR is likely to share the same 249.2 cc liquid-cooled single as on the CFMoto 250NK, which makes 26.5 PS and 22 Nm of torque.

The CFMoto is tight-lipped about revealing any further specifications, but the bike can be expected to get launched at the upcoming EICMA in November this year. While there has been no comment on the official launch date of the bike in India, there’s a good chance that the bike will be introduced next year. Expect the bike to fall somewhere near the Rs 2 lakh price bracket. When launched, the bike will face-off with the likes of KTM RC200 and the upcoming Suzuki Gixxer 250. Till then keep on getting the latest updates on our page.