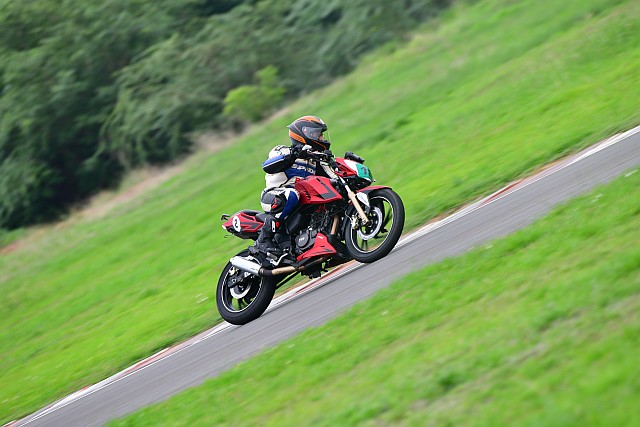 Watching MotoGP races on weekends has always tempted me to hit the racetrack on a motorcycle and experience the rush, but then there’s a right way to do everything. The globally renowned California Superbike School (CSS) was back in India for the second time this year, following a successful two weekends held in January. Let me get straight to the point: there is no feeling like riding a motorcycle on a racetrack. Wide open tarmac, the sound of revving engines, and being hung over in a corner on either side of a motorcycle will ensure that one is screaming with joy inside one’s helmet.

The most fun I’ve had riding a motorcycle before CSS was in the twisties close to home, where I considered myself a fairly decent rider. That feeling surely changed with being on the track for the first time ever. The mixed feelings of excitement and nervousness refused to let me get a good night’s sleep before hitting the track. CSS is an event where one gets educated not only in proper riding techniques but also in the physics of a motorcycle. Most of the classroom sessions reminded me of Sir Isaac Newton’s third law of motion which states that every action has an equal and opposite reaction. This law was then emphasized upon by the coaches in a unique way in each one of the track-sessions.

A colleague of mine convinced me to watch A Twist of the Wrist II before attending the school which really gave me a detailed idea of what I was going to learn. This documentary is a must-watch and inspired by the book by Keith Code who is also the founder of CSS.

The event was well organized and time was well managed by the team. Riders were divided into groups of three: White, Yellow, and Green. I opted for the bike that CSS provided: a race-spec TVS Apache RTR 200 4V. The day started with a briefing session for all the riders conducted by Steve Brouggy, an experienced Australian rider. Various coaches were then assigned to specific students. Siddharth Trivellore, son of the man who brought CSS to India, TT Varadarajan, was the coach that would be assisting me for the on-track drills.

Levels one and two were on the agenda for the three days. The routine for the day started with the briefing followed by a classroom session for one batch, while another would be out on the track and the third would have a break. The art of riding on a track was broken down into small bits to let us know exactly what we were doing or where we were making mistakes.

The importance of proper throttle control was the first drill. Being aggressive with the throttle will not make you faster, but will open a door for mistakes that might not be rectifiable. To ensure that we understood the drill, we were only given one gear to play with for the first few laps. Siddharth would follow and watch my every action during the on-track drill and give me inputs on my riding once back to the pit-lane. If needed, he would fly past me and ask me to shadow him so I could replicate the right technique. 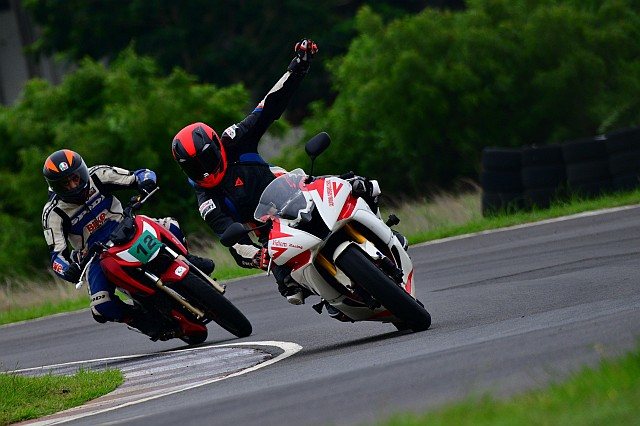 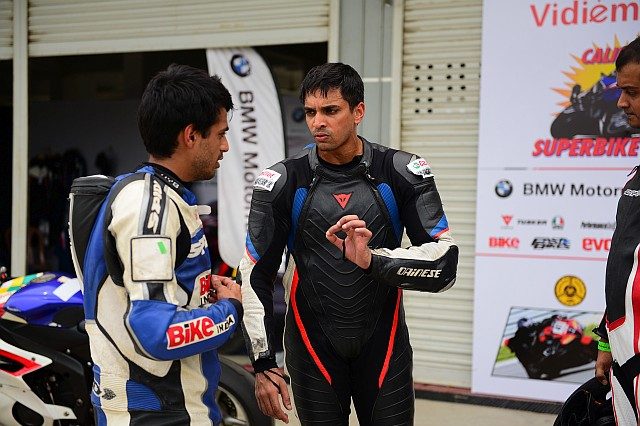 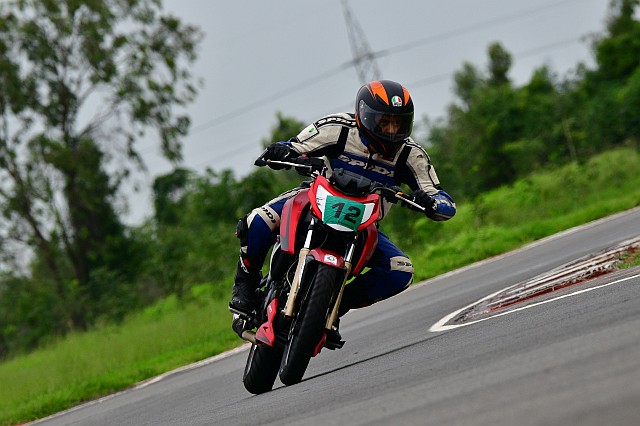 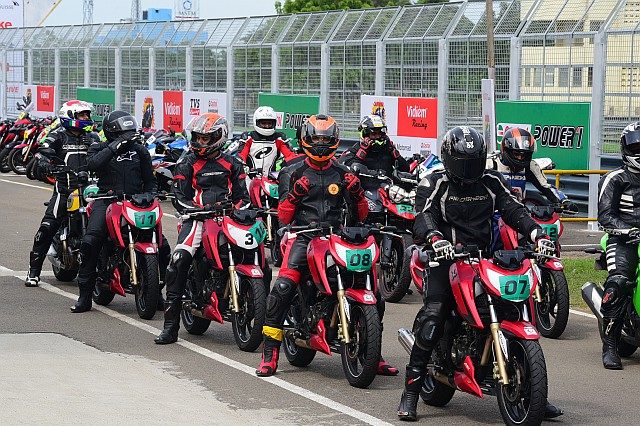 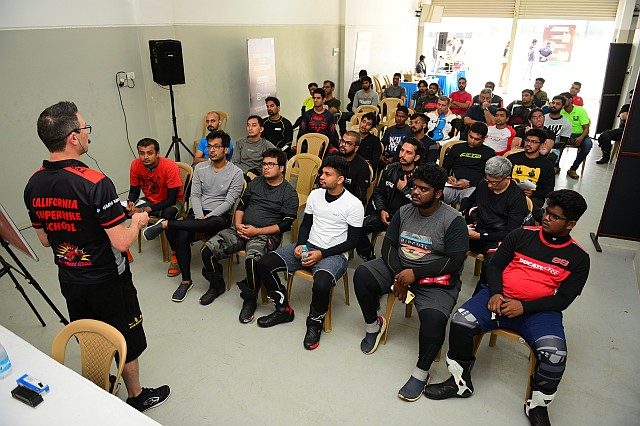 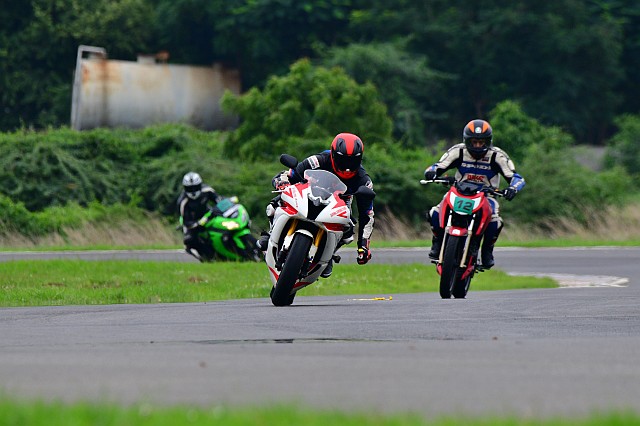 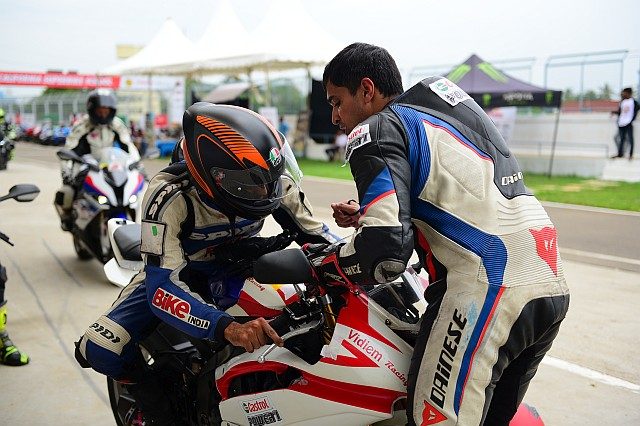 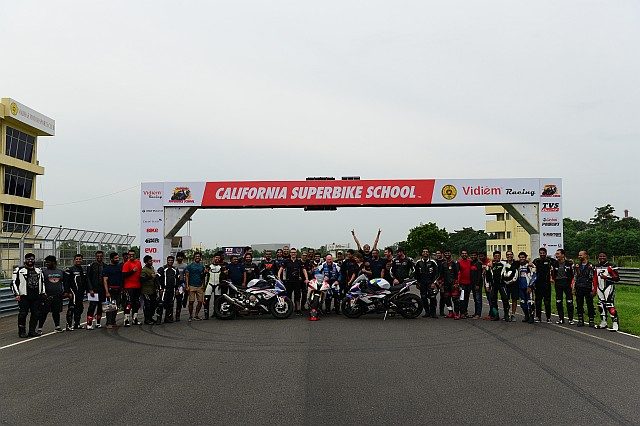 Markers were then set up before every corner to show us the line that we should be taking and understand when and how we should steer the motorcycle into the corner. Before trying to ride fast on a track, the most important task one should complete is learning the flow of that specific track. After every drill, a rider would consciously apply what they had learnt to their riding. This, in turn, led to the riders constantly improving their technique with each passing lap. There was just one drill left before we would stop for the first day, but the rain intervened. The coaches gave us an option of going out on the track or staying in. Being on track for the first time and I get an opportunity to ride in the rain too? I wasn’t going to pass up that opportunity.

Heading out in the rain on the track was really a reality check. With low grip, low visibility, and a misty helmet I put myself to the test. The rain soon turned into a downpour but with each passing lap the intimidating feeling inside me lessened and I felt safer. Being confident and focused on the bike will get you through the toughest of challenges.

The second day was all about rider inputs and vision. The session was based on the saying, “Look where you want to go, not where you’re going”. After properly implementing what my coach taught me, I can say that nothing makes you feel more in control than focusing your eyes, fixing a target, and manoeuvring your way around a corner.

The drill after this session was called “Reference Points”, which was a more refined way of learning the circuit. Students had to analyse a specific point at every corner so as to know exactly where an input can be given to the bike. The drills after the first day gave us control over our machines and the second day made us focus more on how we could improve every action of ours. I couldn’t wait for what was in store for us on the last day of school.

The third and final day was about implementing all that we had learnt on the first two days and applying it to our riding. “Three-Step” and “Wide-View Transitions” were the new drills explained to us and were also related to vision. Knowing it was my last day at the school, I wanted to make the most of it. Turn One of the track was a fast-flowing right-hander which is supposed to be taken in full throttle. Gaining the confidence to achieve that lap after lap put a wide grin on my face. Siddharth kept explaining to me where I was going wrong, but still always had something nice to say about my riding. That gave me the encouragement I needed to become better with each passing session. The event couldn’t have ended in a better way. On the one hand, I was happy with my progress and, on the other, I was upset by the feeling of having to leave the track.

To conclude, if you want to hit the track, learn the proper way of track-riding at a school. You won’t be the fastest or even come close to the professionals’ techniques, but you will have a blast learning and come back a mature and composed rider.