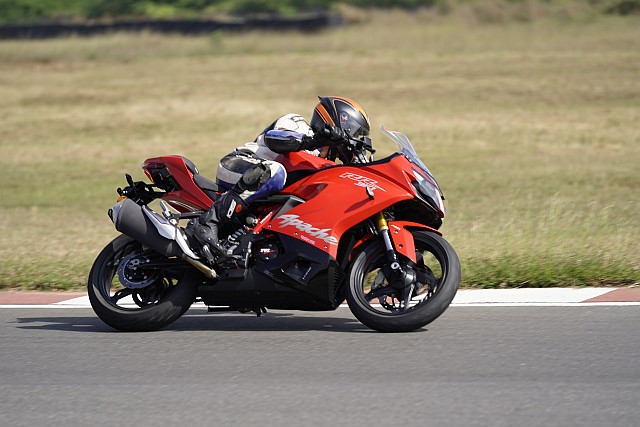 Going to the racetrack is always an exciting prospect. This time I had the opportunity to attend this first ride with my editor, Aspi Bhathena. Riding with him around the track on the BS6 TVS Apache RR310 and taking feedback after every session was insightful and helped me understand and further hone my skills on the racetrack and what better way to do that than on a fully faired sports motorcycle?

One of TVS’ most potent offerings in the Indian market, the Apache RR310, now gets a BS6 compliant engine alongside a bunch of electronic updates. Developed in collaboration with BMW, the Apache RR310 engine marked a significant milestone for TVS when the motorcycle was launched in December 2017. In March 2019, a silent update was rolled out for the motorcycle which included the addition of new bar-end weights, a new chain roller, and an aerodynamically improved front visor. This update led to an improvement in the vibration problems faced by various users and further improved how the motorcycle felt to ride. Then in May 2019, the bike received two minor updates: a race-tuned (RT) slipper clutch and a Phantom Black colour scheme. To make the update available to all, the existing RR 310 owners had the option to retrofit the RT slipper clutch on their motorcycles. The bike has surely come a long way since its launch and here is all you need to know about the BS6 TVS Apache RR 310.

This year marks the transition from BS4 to BS6 compliant engines and that was supposed to be the gist of this launch. In the process, TVS have given us the BS6 TVS Apache RR310 like never seen before. At first glance, the motorcycle is exactly similar to the previous model on the design front, but there is a lot more than meets the eye. Something that I really loved at first glance on the motorcycle is the addition of brand-new stock tyres. The front end gets a 110/70-ZR17 M/C 54W Tubeless – Michelin Road 5 and the rear gets a 150/60-ZR17 M/C 66W Tubeless – Michelin Road 5. These tyres provided superior grip through every corner and induced greater confidence. As we got carried away by the superb grip, reality thrust itself upon us when the foot-pegs started scraping in a few places mid-corner even though the feelers had been removed.

So, what else have the manufacturers done that makes the BS6 TVS Apache RR310 more aggressive and race-ready than ever? The answer to that lies in the all-new electronics package. The new five-inch TFT screen takes the thrill to the next level with the number of implications and connectivity it now has. TVS’ SmartXonnect technology along with the new riding modes incorporated into the motorcycle makes it more engaging for a rider. The addition of the new “Titanium Black” colour scheme gives the bike a more menacing stance than ever. This dual-tone colour scheme is a mixture of gloss black and matte grey, complemented by red “RR 310” branding. 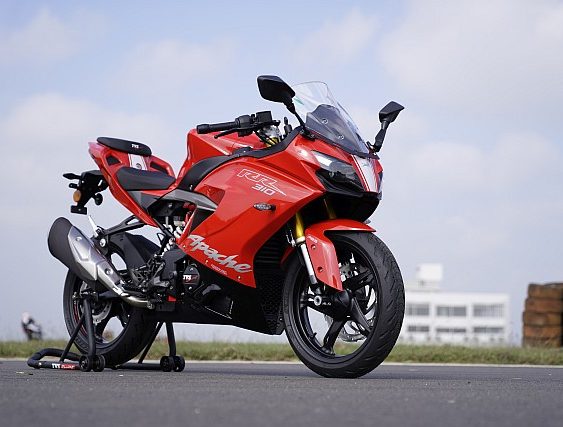 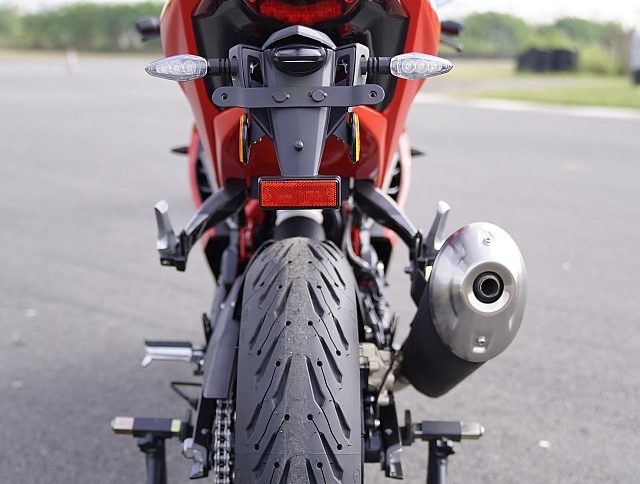 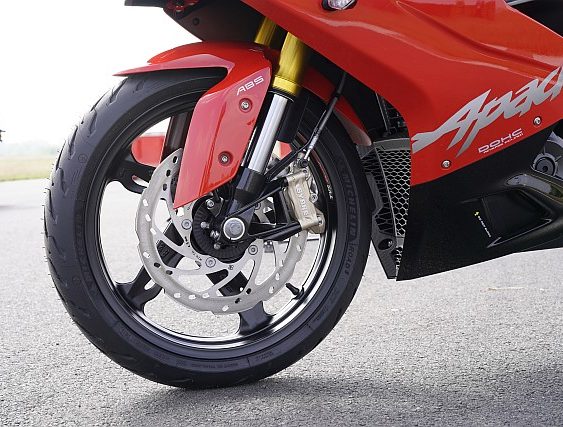 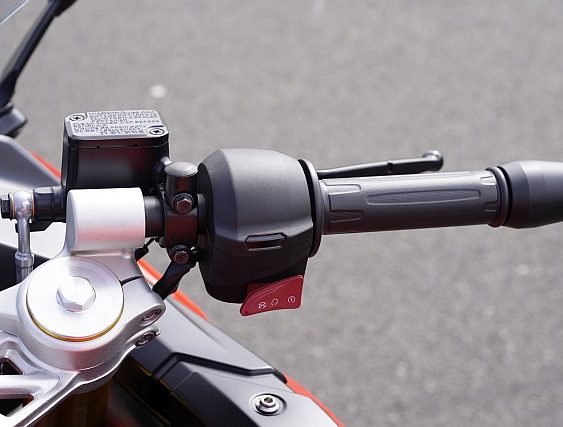 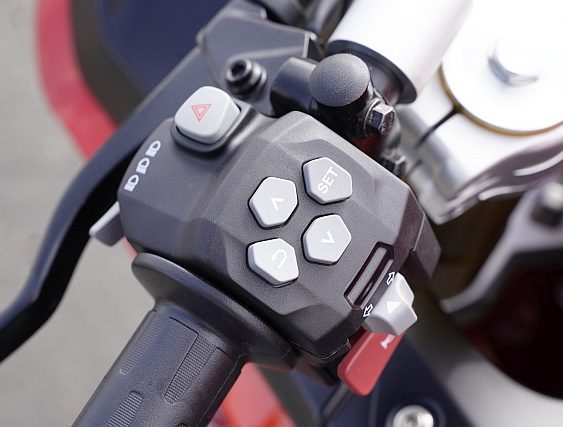 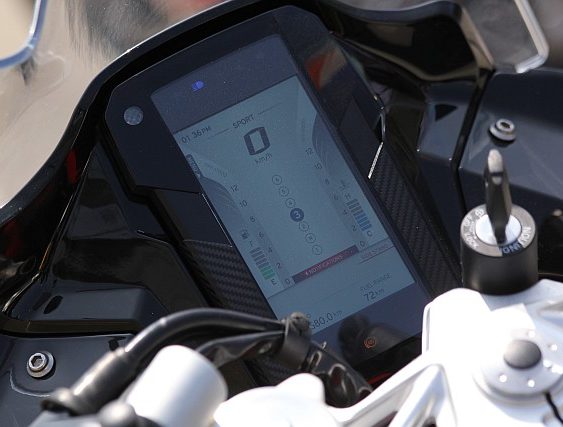 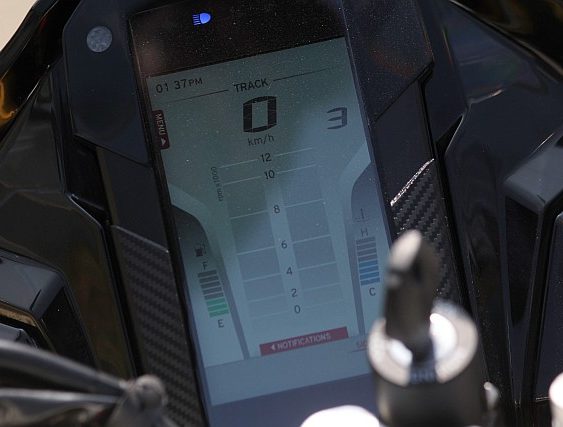 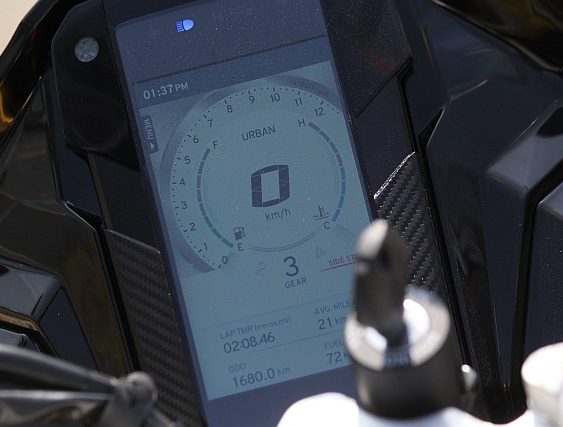 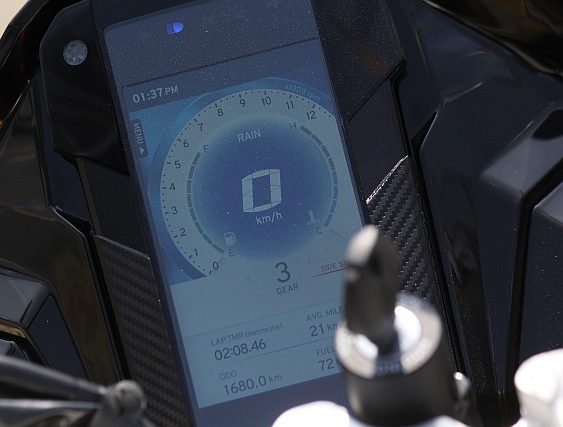 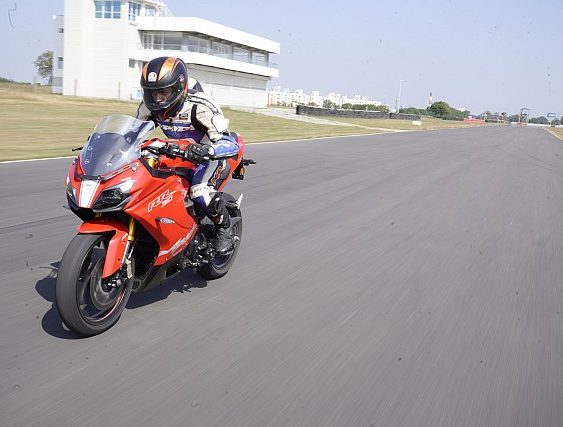 The Urban and Rain modes have a toned-down power delivery but this will prove to be perfect for street riding with the top speed being limited to about 125 km/h and the ABS being most intrusive. We got a chance to test the Urban and Rain modes properly in wet conditions at an extended portion of the track. Braking hard in the wet at almost 80 km/h let the bike stop at ease and in a stable manner. This was also due to the fact that the Road 5 tyres have treads specifically designed for wet conditions. Not once that day did I have a moment where I was disturbed in terms of traction and that shows how much of a difference these tyres have made. My suggestion to all those who have the older model of the bike is to slap on a pair of these tyres to fully exploit the potential of the RR310.

Another new feature on the motorcycle is the Glide Thru Technology Plus (GTT+) that we earlier saw on the BS6 Apache RTR 160 4V and the RTR 200 4V. This technology worked perfectly by delivering torque at low speeds and kept a minimum speed of 11 km/h in first gear and 35 km/h in sixth gear with my hand off the throttle. Something that will really help us in city riding, right? The kerb weight of the motorcycle is now 174 kg, making it 4.5 kg heavier than its predecessor. The suspension set-up remains the same with an inverted cartridge telescopic fork up front and a monotube floating piston gas-assisted shock-absorber at the rear. For somebody who weighs 55 kg, the stock suspension set-up was up to the mark for me. However, my editor, who is a heavier rider, had to have the preload of the rear suspension stiffened after which he was comfortable riding the bike. 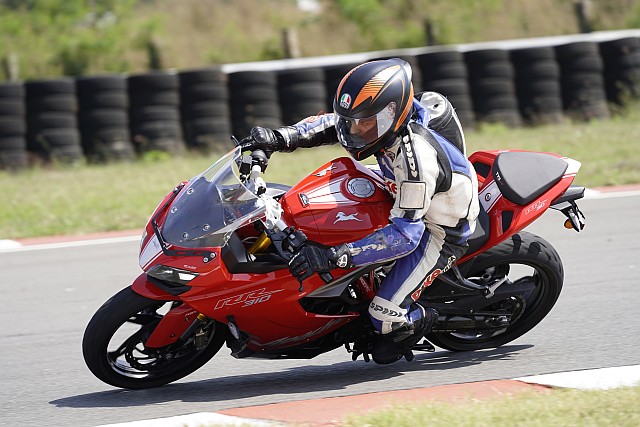 To sum up, the BS6 TVS Apache RR310 is now priced at Rs 2.40 lakh (ex-showroom), making it about Rs 15,000 more expensive than the older model. This is justifiable considering that the update is so much more than just a BS-VI engine. The BS6 Apache RR310 proved to be a precise track tool and this offering from TVS is great for a beginner looking to learn to ride on a racetrack. With the advanced connectivity, ride modes, and a refined BS6 compliant engine, the bike is now easier, smoother, and more fun to ride. We look forward to testing the motorcycle on our streets to tell you all about how it fares in a detailed road test.

Azaman Chothia – who has written 204 posts on Bike India.