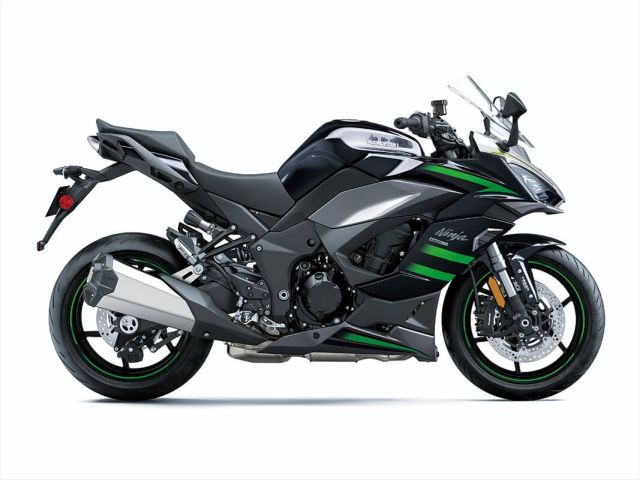 The Ninja 1000SX is a sports tourer that takes its design cues from the sporty Ninja models. The design of the fairing and LED headlights in the BS6 model have been slightly updated and the Ninja 1000SX appears more sporty than ever. It now gets an all-new single exhaust system that incorporates a 4-into-2-into pre-chamber into 1 arrangement. This layout has made the Ninja 1000SX around 2 kg lighter. The kerb weight of the motorcycle is now 238 kg and it gets a 19-litre fuel-tank for touring needs. 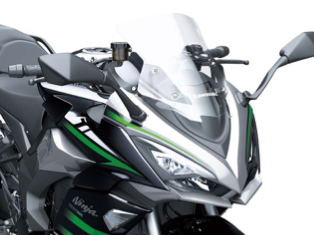 The BS6 engine in the Ninja 1000SX is a 1,043-cc, inline-four-cylinder motor that makes 142 hp at 10,000 rpm and a peak torque of 111 Nm at 8,000 rpm. This is mated to a six-speed gearbox with a bi-directional quickshifter. The BS6 Kawasaki Ninja 1000SX is loaded with electronic rider aids and features which includes a 4.3-inch TFT colour display with smartphone connectivity via Kawasaki’s proprietary Rideology app, Cruise Control, and lean-sensitive rider aids thanks to the 6-axis IMU. The bike is offered with three riding modes – Sport, Road and Rain and a customizable mode for a specific riders preference making it a total of four modes. 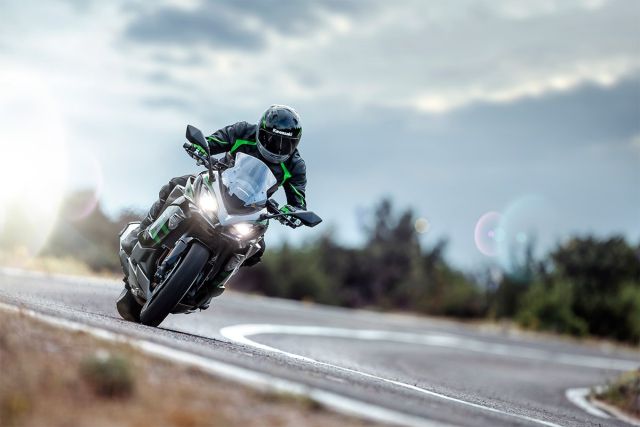 Cycle parts on the BS6 Kawasaki Ninja 1000 SX include a 41-mm inverted fork with compression and rebound damping and spring preload adjustability at the front, while the rear gets a horizontal back-link, gas-charged rear shock with rebound damping and spring preload adjustability. The bike gets dual semi-ﬂoating 300-mm discs at the front and a single 250-mm disc at the rear with KIBS (Kawasaki Intelligent anti-lock Brake System). To complete the package, Kawasaki have given the Ninja 1000SX Bridgestone Battlax Hypersport S22 tyres as stock rubber. Two colour options of Metallic Graphite Gray/Metallic Diablo Black and Emerald Blazed Green/Metallic Carbon Gray/Metallic are available.