The Ducati Diavel 1260 and the Diavel 1260 S are aimed to make up for the lag in sales during the tough year of 2020. The Italian marque has teased the bike on their social media sites. 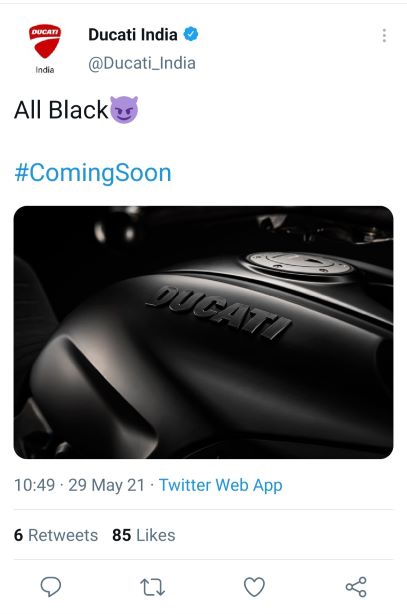 The Ducati Diavel 1260 and the Diavel 1260 S are aimed to make up for the lag in sales during the tough year of 2020. The Italian marque has teased the bike on their social media sites.

The Ducati Diavel is powered by a 1,262-cc engine that is known for its muscle and raw power since its invention and has a fan following of its own. The Ducati Diavel 1260 and the higher-spec Ducati Diavel 1260 S models were available in India before the BS6 norms came to effect and now it looks like the company will launch the BS6-compliant muscle cruiser with cleaner emissions. 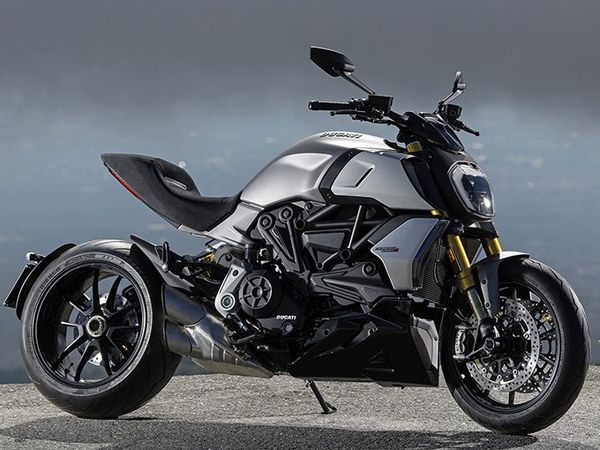 The bike will be powered by a Testastretta DCT 1,262-cc, twin-cylinder engine which will now produce 160 hp and 129 Nm instead of the 157 hp and 129 Nm the BS4 version produced. The engine will come mated to a six-speed manual transmission. Apart from the increase of approximately 3 hp, the Ducati Diavel 1260 models are unlikely to feature any major changes. Aesthetically too, the BS6 Diavel will be quite similar to the BS4 version.

Quite recently Ducati had launched the new Scrambler range, Multistrada 950, Panigale V2, and even their flagship naked bike – the Streetfighter V4. It certainly looks like the Italian company is working aggressively to expand in the Indian market.

Differentiating the Ducati Diavel 1260 and Ducati Diavel 1260 S are their specifications. The Diavel 1260 S gets a superior suspension system and more features For example, while 1260 gets a 3.5-inch TFT instrument cluster with backlit switchgear, the 1260 S packs features like the Ducati Multimedia System (DMS) with Bluetooth connectivity for your smartphone and turn-by-turn navigation.

Standard safety features on the BS6 Ducati Diavel 1260 models would include Bosch cornering ABS, Ducati Wheelie Control System  (DWC), and Ducati Traction Control System (DTC). The braking system on these bikes includes a twin 320-mm front disc and a single 265-mm disc bitten on by calipers from the house of Brembo. Both the Diavel variants get Ducati Power Launch Evo (DPL) system and three riding modes – Urban, Touring, and Sport.