We have received official confirmation that the BS6 CF Moto 300NK is headed our way. Here is what you need to know about the motorcycle. 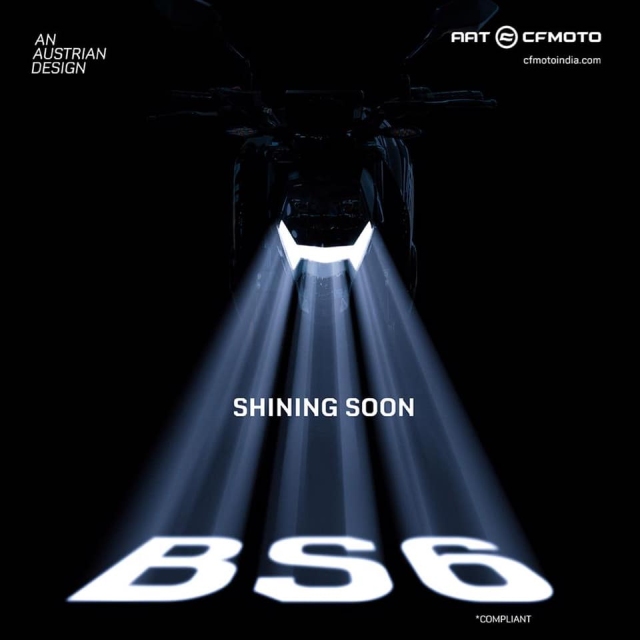 The BS6 CF Moto 300NK has managed to sneak up on us after the BS4 version vanished from the market following a brief stint in showrooms. The manufacturer has officially announced on their Facebook page that the BS6 model is en route. While we do not have a precise launch date, we may expect the motorcycle to reach the market next month. Not many significant updates are expected over the previous model, so, here is what you can look forward to.

Mechanically, the BS6 CF Moto 300NK will be almost identical to the previous model. It will draw power from a BS6-ready version of the 292.4-cc, four-valve, liquid-cooled, single-cylinder unit. In the BS4 model it produced 28 hp at 8,800 rpm and a peak torque of 25 Nm at 7,200 rpm. So, in this one we may expect a slight drop in those figures with a different mapping but that remains to be seen.

Suspension duties are most likely to be handled by a USD fork at the front and a monoshock unit at the rear while braking will be taken care of by J.Juan calipers that bite into single discs at either end along with the safety of dual-channel ABS.

Handling was one of the 300NK’s strong suits and we hope that remains intact with this model as well. While they were at it, we also hope the suspension is now more compliant than before to better suit city riding. From the teaser image, it appears the styling has also been left untouched and the best we can expect will probably be some updated graphics and new colours.