The new Honda Activa 125 is the first BS-VI compliant offering from Honda Motorcycle & Scooter India (HMSI). To be priced about 10 per cent more than the BS-IV model it replaces, it boasts several new features including fuel injection, silent start, and idling start/stop. Although, Honda have not announced the price, expect something around Rs 68,000 and up (estimated, ex-showroom) when it is formally launched. 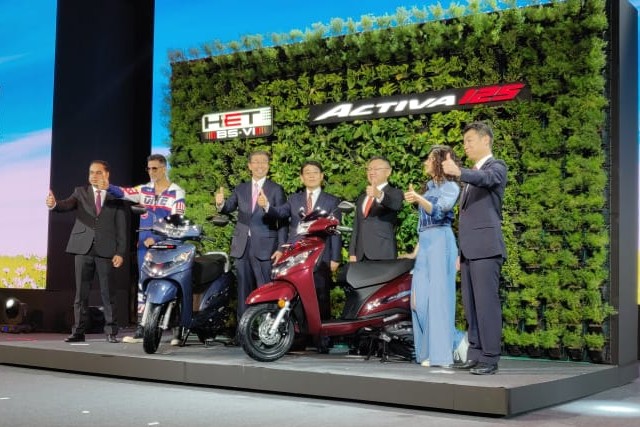 The new Honda Activa 125 takes the brand forward and on to their next chapter in India. With BS-VI regulations set for implementation on 1 April, 2020, manufacturers are getting busy with their portfolio of offerings. The first from HMSI is the new Activa 125. The changes start with Honda’s trademark PGM-FI fuel-injection system for maximum efficiency and fuel economy. Honda also promise a whisper-quiet start with the ACG starter motor, which incorporates the flywheel and the stator coil in one unit, leading to lower noise level. The idling start/stop will turn off the engine after the vehicle comes to a stop for more than three seconds, and restarts it when the throttle is opened. This will lead to further fuel savings. Honda also target a drop of 30 per cent in CO2 emissions by 2020.

The new Honda Activa 125 uses a 124.9-cc, air-cooled, single-cylinder engine that, now with fuel-injection, makes 8.63 PS at 6,500 rpm and a peak torque of 10.54 Nm at 5,000 rpm. It now weighs in at 108 kg. It also gets the popular HET and also ESP, or Enhanced Smart Power – not the electronic stability program – with the ACG starter, PGM-FI and further friction reduction. Tumble-flow from the reshaped inlet ports enhances combustion performance. With the FI system and catalyst set-up, the emissions of CO (carbon monoxide), HC (unburned hydrocarbons) and NOx (oxides of nitrogen) have seen a significant drop. Fuel efficiency has also seen a boost, while power delivery will be more linear with a further improved bottom- and mid-range.

The 2019 Honda Activa 125 BS-VI model has been launched in three variants – Standard, Alloy, and Deluxe. Prices start at Rs. 67,490 ex-showroom for the Standard variant.