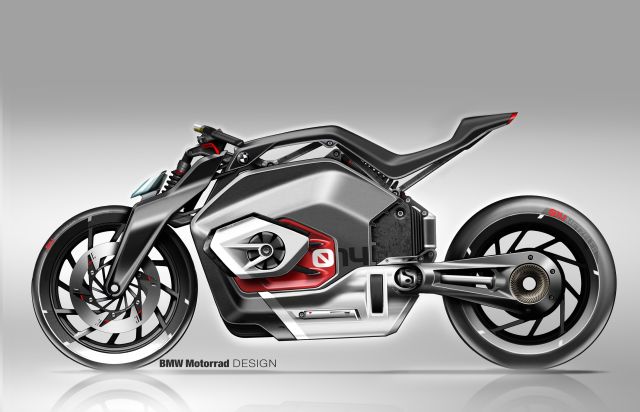 BMW Motorrad give us a taste of an electrified future.

The BMW Vision DC Roadster, unveiled by the German marque at their NextGen event in Munich, is a concept that attempts to retain the trademark silhouette of BMW Motorrad’s boxer twin engine, while running on electric power.

The boxer engine, with those cylinder heads protruding out into the airstream, has been a key element of the BMW Motorrad identity for over 90 years and the BMW Vision DC Roadster was conceived to give us a glimpse of what an electrically-powered BMW motorcycle may look like. The result is a futuristic roadster with a low, minimalistic front end and a short, high tail section, but the most revolutionary element is a vertically-fitted, longitudinally-oriented battery pack that protrudes to the sides to mimic the legendary boxer. Both ends of the battery are fitted with ventilators and cooling ribs, and just like the boxer engines of old, these are placed in the airstream to keep the battery cool. The actual electric motor is much smaller, and is positioned under the battery where it connects to the universal drive shaft that sends power to the rear wheel. 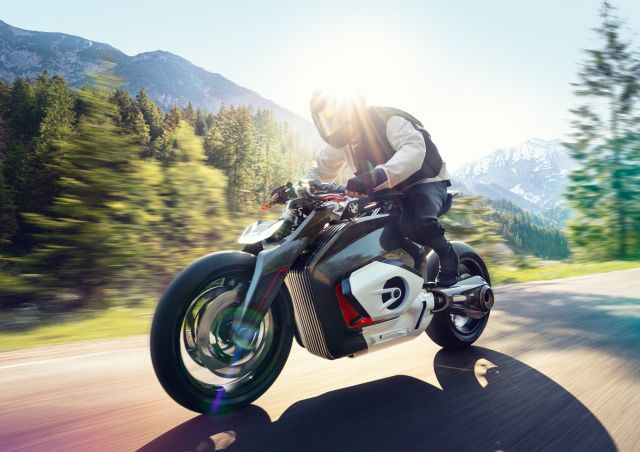 Edgar Heinrich, Head of Design BMW Motorrad, had this to say at the unveiling of the BMW Vision DC Roadster, “The boxer engine is the heart of BMW Motorrad – an absolute stalwart of its character. But BMW Motorrad stands for visionary zero-emissions vehicle concepts, too. In view of this, one question that arises is: what would happen if we were to replace the boxer engine with an electric motor and the required battery? The Vision Bike shows how we’re able to retain the identity and iconic appearance of BMW Motorrad in distinctive form while at the same time presenting an exciting new type of riding pleasure.”

The futuristic yet simple design of the BMW Vision DC Roadster is accentuated by that grooved aluminium frame, generous use of carbon fibre, minimalistic LED lighting and bespoke tyres from Metzeler, which incorporate small fluorescent elements that create a graphic effect when moving and also increase visibility, serving as a safety feature when stationary.