What BMW Motorrad terms as its ‘ultimate riding machines’ will be launched at the India Bike Week in Goa this weekend. The bikes will be unveiled by Dimitris Raptis, Head of Region Asia, China, Pacific, South Africa, BMW Motorrad on November 24, at 6 pm.

Coming to the bikes – the R nine T Racer is a cafe race and the latest addition to BMW Motorrad’s modern classic series, currently consisting of the BMW R Nine T and BMW R Nine T Scrambler in India. Like its siblings the Racer comes with a 1,170-cc boxer engine, which produces 110 PS at 7,750 rpm and 116 Nm of peak torque at 6,000 rpm. 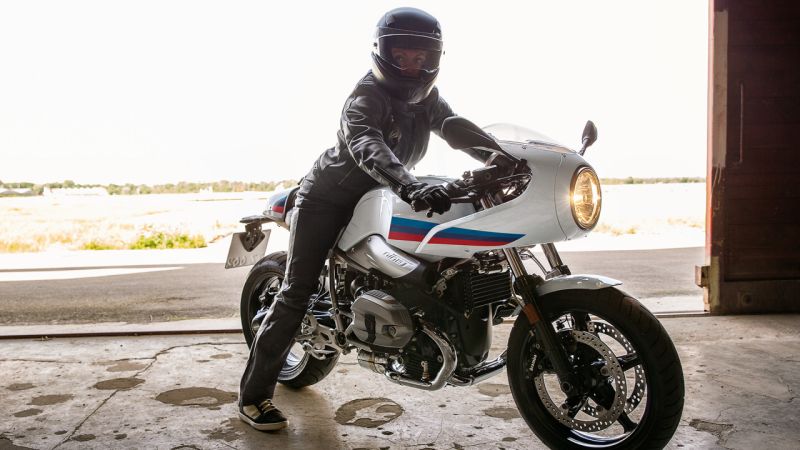 It looks gorgeous with a small fairing wrapped around the round headlight, stubby exhaust, retro-styled analogue instrument cluster, and a rear seat cowl. The bike is essentially a toned down version of the BMW R nine T and will undercut it’s Rs 18 lakh price tag. Hence, the racer misses out on some of the expensive cycle parts. So, the aluminum fuel tank also doesn’t make it to the Racer which instead gets the usual steel tank; the radially mounted Monobloc calipers make way for a basic four calipers disc brake; while conventional front forks replace the high-end upside-down forks seen on its sibling. It looks stunning nonetheless.

Making a debut along the BMW R nine T Racer will be the new K 1600 B. This is the bagger version of the BMW K 1600 GTL which is popular in the USA, and will join the rest of the touring bikes in the BMW Motorrad India’s line-up. The biggest visible difference are a pair of sleek panniers with a storage capacity of 37-litres. Look closer and you’ll notice that the K1600B is lower and longer; and gets a shorter windscreen upfront.

Like the GTL, the BMW K 1600 B employs a 1649 cc in-line six engine that makes 160 PS at 7,750 rpm and has a peak torque rating of 175 Nm at 5,250 rpm. The bagger kit also includes three pre-set riding modes, that alter the bike’s throttle response, traction control and ABS settings depending on the mode. This fully loaded bike, in every meaning of the word, is expected to carry an equally heavy-weight price tag of close to Rs 30 lakh.