With the BMW R 18, Munich’s Motorrad division steps into the big-cube league with their largest Boxer yet. With 901 cubic centimetres per cylinder and a wide load of torque, the R 18 looks set to be the talk of cruiser town. 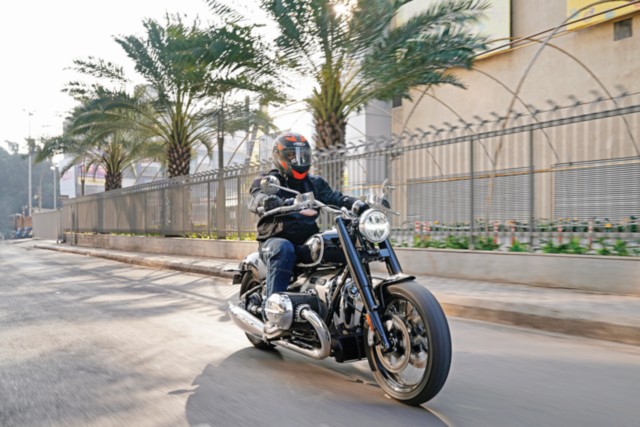 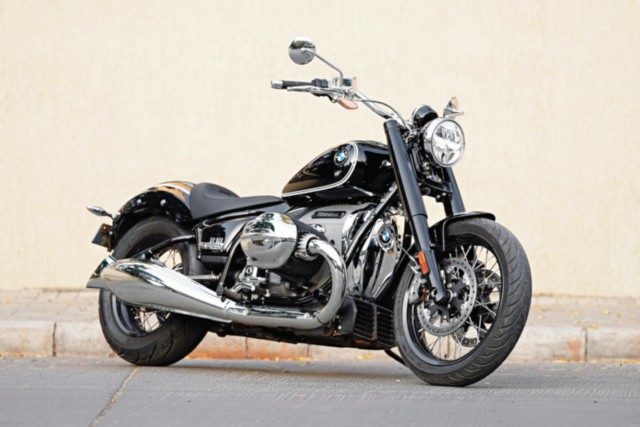 What sort of images does your mind conjure up when you hear the words “big-cube cruiser”? Cruising down long, wide, and empty stretches of highway, white lines whizzing by, and a mountain range in the distance? I was brought back to reality with a loud honk as a pick-up truck loaded with milk containers attempted to overtake me from the left, precariously overloaded, all set to tip over its side at half a moment’s notice. Nevertheless, the BMW R 18 has more than enough grunt to handle these types of situations and the climb from 1,500 revs to 2,500, without bothering to shift a gear, sees the big Bavarian create some distance from the puzzled driver in the yellow-plated truck. 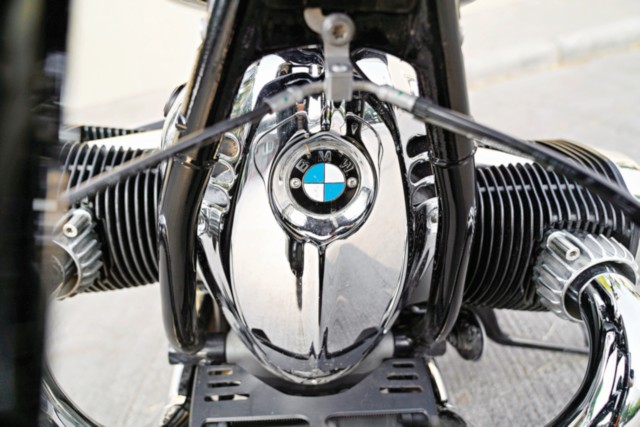 The R 18 is a heritage model for BMW Motorrad in the truest sense. Although it has several modern amenities and equipment, it’s a bold throwback to the Munich marque’s historic range of boxer-twin Motorräder. In this “First Edition” guise, it even brings the classic black paint finish with white pinstripes garnishing it and a lot of chrome. The “Berlin Built” inscription at the centre info dial and the master cylinders on either side of the handlebar — for the hydraulically actuated dry clutch and front brakes — are another nod to its modern origins: München and Berlin-Spandau for over seven decades. The old-school front fork tubes have a 49-millimetre diameter and as much as 120 mm of travel. The perceived hard-tail appearance is courtesy a cantilever rear suspension set-up. It still allows for up to 90 mm of travel. The highlight, though, is the exposed 30-mm drive shaft going to the universal joint to drive the rear wheel. The wheels — wire-spoked front and rear — see a 19-inch front and a 16-inch rear. The choice of Michelin Commander III Touring tyre sizes should seem familiar to a cruiser buff: a 120/70 R19 front and a 180/65 B16 rear; think VRSCDX Night Rod front and Chieftain rear. 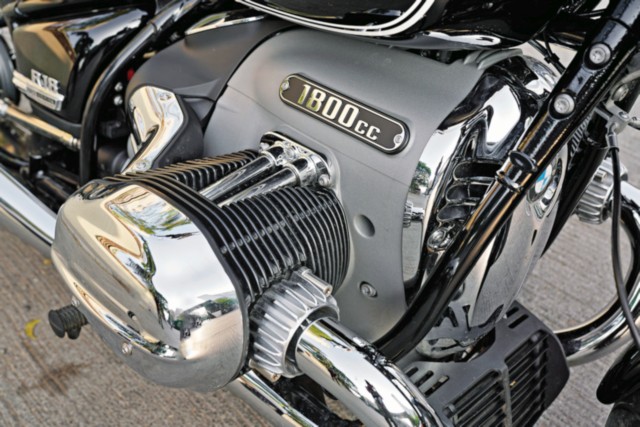 The BMW R 18 clearly has the American cruiser market in its cross hairs. The “there’s no replacement for displacement” philosophy, even with double-digit power figures, seems to take precedence. It’s all about “cee-cees”. The more the cc, the more the power? Grossly inaccurate. But, for those in the know, it also means a nice plateau of torque early down to make tackling mountains and, dare I say, mountain roads, child’s play. This boxer twin has a 107.1-mm bore and a 100-mm stroke. That’s as wide as my fist. And that translates into a swept volume of 901 cc per cylinder — like two fists and with the nickname “Big Boxer”; apt indeed for this low-slung behemoth.

That prodigious displacement means it matches some established names — its primary targets, which are also available here in India — the Harley-Davidson Fat Boy 114 (1,868 cc), Heritage Classic Softail 107 (1,745 cc), and even the Touring range models, Road King et al, and the 1,811-cc Indian Motorcycle models, notably the Challenger, Chief Vintage, and Springfield. It’s not just about displacement; it’s also about torque and, more importantly, price. Where the BMW R 18 begins from Rs 18.90 lakh (ex-showroom), this “First Edition” costs a tad more: Rs 22.40 lakh, again ex-showroom. That also brings the even larger Triumph Rocket 3 GT into the picture. What that sort of price gets you, though, apart from the badge, is a load of cubes, torque, and presence. 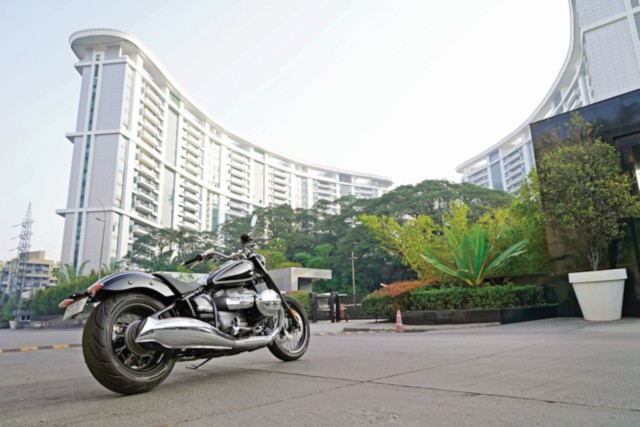