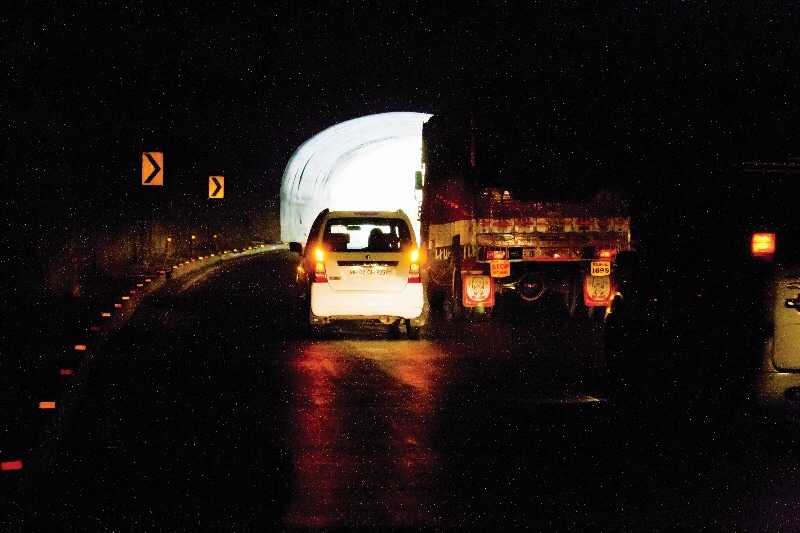 In the automotive world, the hazard warning lamps are designed to save lives. However, in India misuse (even abuse) of these can lead to tragic accidents.

Just the other day, we were headed for a photo shoot to a location slightly out of town. En route we had to go through a fairly long tunnel. Now, it’s a well-lit tunnel and on most days the journey through the tunnel is accomplished without drama. Not on that day, though. Here I was, happily cruising along behind the tracking car when suddenly I heard tyres squealing and screeching: the unmistakable symptoms of a driver having slammed on the brakes. What was scary was that the screeching tyres felt much too close to me for comfort.
Out of the corner of my eye I managed to catch a glimpse of a car without headlamps veering wildly to my right. Scary though it was, I got out of the tunnel unscathed and, still slightly shaken, wondered about what happened. In hindsight, there’s a childishly simple explanation for what happened. Fact one, there was a stationary lorry in the fast lane with its hazard warning lamps on. Fact two, the car in question was being driven inside a tunnel without the headlamps on. The driver of the car spotted the lorry but assumed it was moving, because virtually all Indian drivers switch on the hazard warning lamps inside a tunnel or when it’s raining or when they’re driving down the wrong side of the road or for any reason they can think of. Sometimes, for no reason at all. Because the car driver had not bothered to switch on the headlamps his false assumption stayed with him until he found himself too close not to panic. Having panicked he did what any of us would have done – he slammed on the brakes, thus setting off the series of tyre screeches that scared me out of my skin. Thankfully, no one was hurt.
However, only a second’s introspection had me shivering again, for I realised that as a motorcyclist I was easy prey for a barely-in-control car with a driver who naturally thought he was gifted with Superman’s x-ray vision and didn’t bother to switch on the headlamps in a tunnel. Once past that, my mind gave way to fury. Fury, because the entire hair-raising episode had been precipitated by a lorry driver having used the hazard warning lamps in the way it was designed to be. Please do not for a second think that I’m condoning his parking of the lorry in the middle of the fast lane, but that’s the subject of another rant.
Because the millions of drivers out of India’s billions do not know the purpose of hazard warning lamps, they feel free to use it however they choose to. And whenever they choose to. Unfortunately, the hazard warning lamps have only one application – warn other road-users of a stationary vehicle hazard. It is switched on when a car breaks down, cannot be driven any more and pushed to the side of the road. And, no, before you ask it, it does not mean you can leave your car in the middle of the highway because you’ve switched the hazard warning lamps on. No, it doesn’t make you safer in fog or darkness because riders behind you have no clue whether you intend to carry on straight or turn. Please, be aware of applications and be considerate. Please do remember that the next time you slam on the brakes for some dumb reason, I (or any one in my place) may not be as lucky.