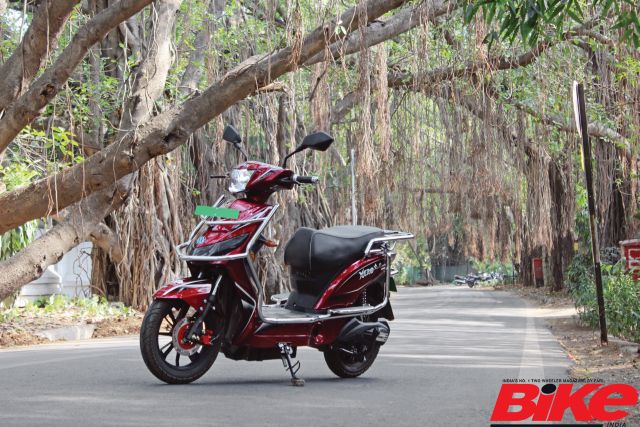 Oil has encouraged the revolutionary spike in progress that we have witnessed over the past couple of centuries and even produced super nations along the way. Today, we have a countdown until the last drop of oil will be mined and the scary part is that we are not in a position to dismiss it lightly any more. Globally, energy companies have tendrils exploring clean sources of energy and car manufacturers are already providing fully electric cars in their line-up. Two-wheelers are not far behind either. If it were not for an unfortunate fire accident, we could have been following MotoE news right now.

Closer to home, an Indian company called Avan Motors have launched an electric scooter, called the ‘Xero+’, which spells an opportunity to reduce your carbon footprint; well, at least for short rides within the city. The Xero+ is small, narrow, and compact with no excess plastic or metal anywhere (except that massive metal body protector). The scooter is broadest at the tail and from there it tapers to a slim front end, giving it an arrow-like appearance. The instrument cluster is a simple LCD layout that features an odometer, speedometer, battery-level, and a riding mode indicator. This minimalist design, although visually flawless, may not work in the real world for everyone. Being a tall rider, I was always reminded that the scooter is too small for me; however, a rider of average height was absolutely at home on it. No one had any complaints about the space inside the scooter, though. The under-seat storage is cavernous (for the Avan’s size) and is enough to satisfy most people and if you want more storage space, you can attach a utility box just above the tail-lamp. 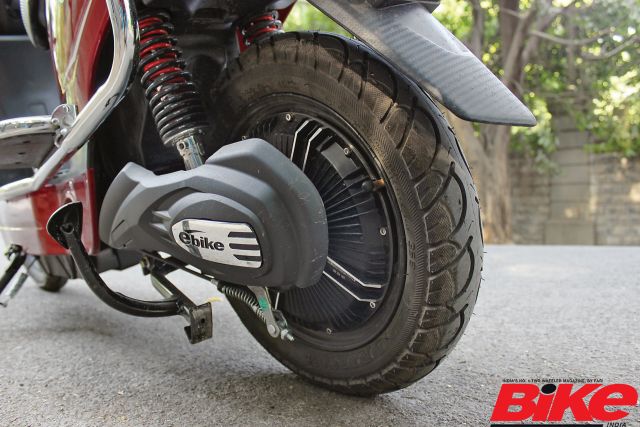 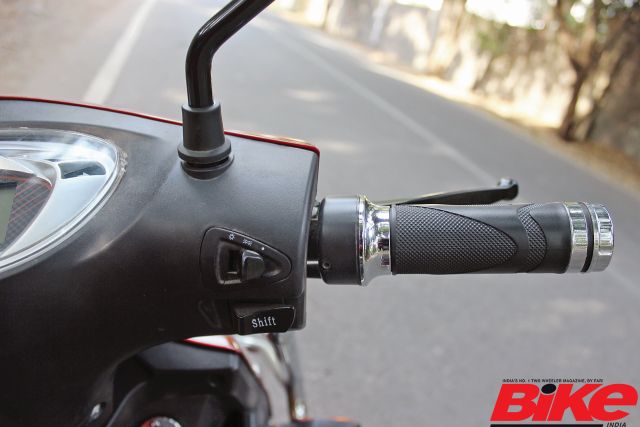 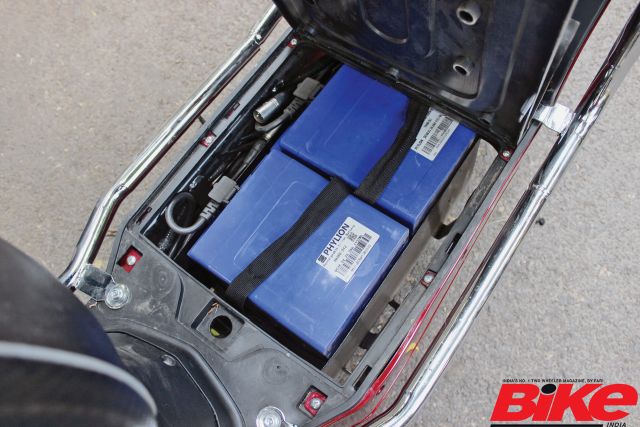 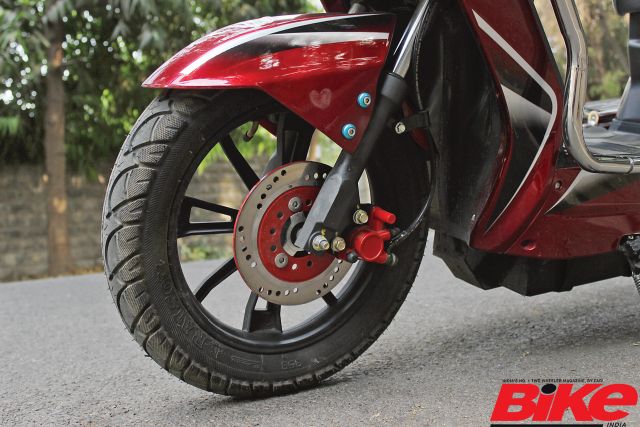 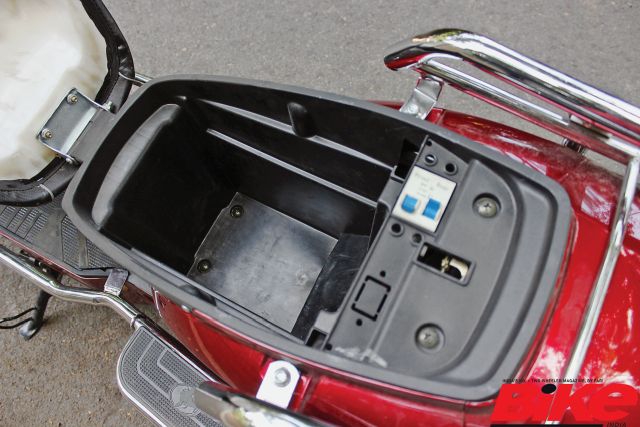 Concealed under the floorboard are two lithium-ion batteries (48V, 24 Ah) that provide the juice for the 800-watt BLDC motor. There are also three modes you can choose from. Level One restricts the speed to 30 km/h, Level Two allows up to 37 km/h, and with Level Three I was able to achieve a top speed of 47 km/h (indicated). The battery-motor combination is certainly the best part of the Xero+. When fully charged, the scooter is capable of clocking almost 110 km — in conformity with the manufacturer’s claim. During my test, I used the Xero+ exclusively in Level Three, riding with the throttle wide open for the most part, so it stands to reason that a more patient rider could probably travel farther using either of the first two levels.

A top speed of 47 km/h does not sound like much but with instantaneous torque to bank on, the scooter is not a slacker altogether. Once I was used to the Xero+, I was soon making good progress through Pune’s traffic, even overtaking people when the opportunity presented itself. It was evident that the Xero+ packed ample power to hold its own in traffic, only feeling out of breath when it faced empty stretches. Managing suspension duties are a telescopic fork at the front and a coil spring with preload adjustability at the rear. However, even with the preload on the lowest setting, the ride was stiff and particularly uncomfortable over rough roads. As a product aimed at the Indian customer, Avan would have done well to use a softer spring at the rear. The disc brake at the front bites well and has great feedback at the lever but the rear brake could have been a bit sharper. Manoeuvring the scooter through traffic and tight spots went like a breeze. Furthermore, its silent motor will help you to sneak in after a night out without alerting the entire building.

Speaking of buildings, one of the biggest problems faced by electric vehicle owners living in apartments is charging the vehicle. If you do not have the provision to charge the scooter in your parking area, you can remove the batteries and charge them in your house. Each battery takes around four hours to reach full charge.

At the end of my time with the Xero+, I had developed new respect for electric mobility and was impressed by the scooter’s usability as well. However, it was not all rainbows. Quality and price are the Avan’s biggest weaknesses. Apart from the batteries and the motor, there is very little on the Xero+ that feels robust, especially when you consider that it has to ply on our roads.

The way I see it, in its current avatar, the Xero+ makes a strong case for itself as an eco-friendly mobility solution for use within an enclosed campus where a silent mode of transport is needed. Think colleges, hospitals or even film studios. Could also be useful for millionaires looking to sneak in a midnight snack from the kitchen without waking up the missus. Especially if the kitchen is a football field’s length away from the bedroom of their palatial residence.

As for price, you will have to shell out a whopping Rs 81,000 (ex-showroom); a steep price which, the manufacturer claims, is the consequence of the latest FAME II norms. Don’t write it off just yet, though. A rival manufacturer has managed to secure the FAME-II subsidy; so, hopefully, it will not be long before Avan also benefit from it. To summarize, once you train yourself to look far ahead and pick a line through traffic, you will be pleasantly surprised to find yourself enjoying the experience. After all, not many vehicles give you the satisfaction of riding with the throttle wide open most of the time.