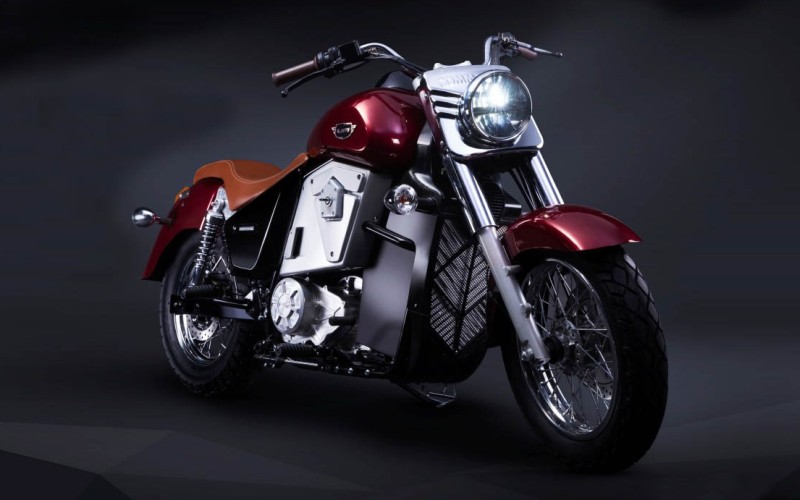 UM Motors have introduced three new additions to the Renegade line-up, including the all-electric Thor.

The atmosphere at the UM Motorcycle pavilion at the 2018 Auto Expo was electrifying as the company unveiled three new cruiser models, including a fully electric one. Taking centre stage was the UM Renegade Thor which claims to be the world’s first geared electric cruiser. Powering it is an asynchronous three-phase induction motor which churns out 30 kW (41 PS) and 70 Nm of peak torque, which should give the e-cruiser excellent thrust. Power is delivered to the rear wheel via a five-speed transmission using a belt final drive. It’s all muscle and chrome in an old-school cruiser style apart from the chunky cover for the electric motor. The rear tyre is a 150/90-15, while upfront is 120/80-17 rubber. Braking duty is managed by 280-mm disc with a Brembo master cylinder, and a 240-mm rear disc, with dual-channel ABS.

The UM Renegade Thor will come with three Li-Po (Lithium Polymer) battery options – the top-end 27 kWh can travel for 270 km on a single charge; the smaller 15 kWh goes for 149 km; and the smallest 7.5 kWh battery gives a range of 81 km. These batteries come with a built-in fast charger which can pack in up to 80 per cent of juice in just 40 minutes. Currently, the Thor is being imported as a completely-built-up (CBU) unit from Italy and would cost around Rs 9.90 lakh, but once the CKD (completely knocked-down) production begins, prices are expected to drop to Rs 4.9 lakh (ex-showroom). 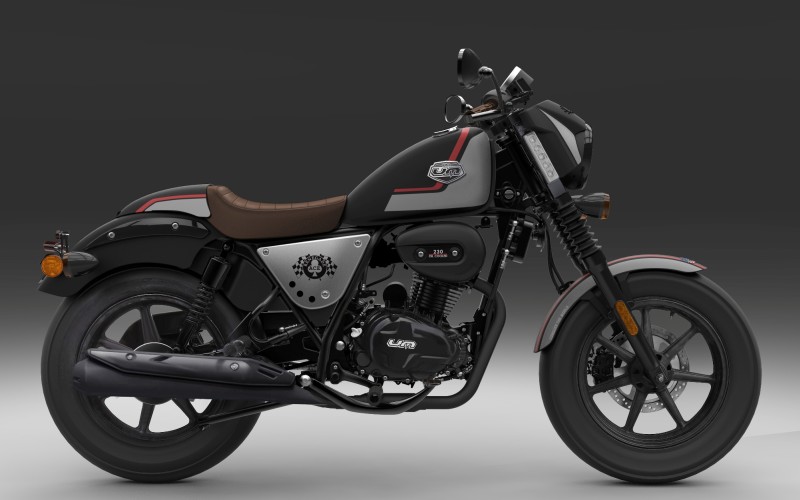 Along with the Thor electric cruiser, UM also launched a couple of new variants of the existing Renegade model, the UM Renegade Duty S and Duty Ace, priced attractively at Rs 1.1 lakh (ex-showroom, Delhi) onwards. The Duty S carries a compact ‘Bobber’ like styling and weighs 142 kg. The Renegade Duty Ace weighs a couple of kilos less and sports a café racer styling. So, you get a single seat with a rear seat under a removable cowl. The bikes borrow the 223-cc, 17-PS and 17-Nm single-cylinder air-and-oil-cooled motor, which comes mated to a five-speed gearbox. The carburetted versions will be launched in July and the fuel-injected options will be offered from August this year.

Also on display was the Renegade Vegas, yet another member of the Renegade family, likely to be sporting the same engine and platform but in a blacked-out, neo-classic cruiser style.