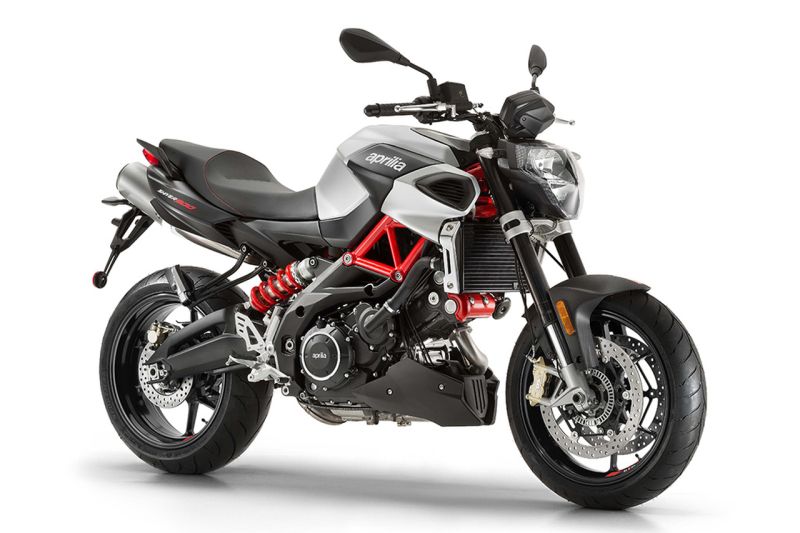 After the Dorsoduro 1200 was discontinued, Aprilia fans have been craving for more models in the line-up. Now it looks like the Noale-based firm are intent on giving their rivals a run for their money. The Italian motorcycle manufacturer have launched the Shiver 900 and the Dorsoduro 900 in India, complete with mouth-watering introductory prices which are over Rs 1 lakh less than the actual price of the motorcycles.

The Shiver 900 will be powered by the 896-cc, Euro 4-compliant ‘V90’ engine which is a liquid-cooled, DOHC, four-valve-per-cylinder, longitudinal V-twin. This potent powerhouse delivers 95.2 PS at 8,750 rpm and a peak torque of 90 Nm at 6,500 rpm. Aprilia guarantee that the new engine is capable of providing maximum torque at any rpm in its category. It is mated to a six-speed gearbox.

The engine is housed within a modular tubular steel frame fastened to aluminium side plates by high strength bolts with a removable rear subframe. The single-sided monoshock at the rear completes the triangular link between the aluminium alloy swingarm and the main frame of the motorcycle. Continental two-channel ABS takes care of the braking duties when coupled with two stainless-steel floating discs with four-piston calipers up front and a single stainless-steel disc with a single-piston caliper at the rear.

The new side covers, panels and mudguard add to the motorcycle’s appeal. Aprilia have introduced an all-new instrument cluster featuring the 4.3-inch TFT screen seen on the RSV4 and the Tuono V4 1100. The screen also opens up the option of connecting your smartphone with the addition of the AMP (Aprilia Multimedia Platform) kit.

Aprilia claim that the first SL 750 Shiver was the first factory motorcycle to incorporate the ride-by-wire technology that was introduced in the Aprilia RS Cube race bike in 2002. The latest Shiver boasts of taking the technology to the next level with the ride-by-wire electronic accelerator system, now completely built into the throttle grip. Thus, making the system lighter and more efficient.

The Dorsoduro 900 shares many things with its cousin including the engine, frame, gearbox and the new ride-by-wire system. This motorcycle gets Sport, Touring and Rain modes, and introduces the new Aprilia traction control system that can be adjusted to three levels. The instrument cluster is the same as the Shiver 900 and offers a myriad of functions. Both bikes are also equipped with a new 540 grams lighter Kayaba front fork and three-spoked rims. 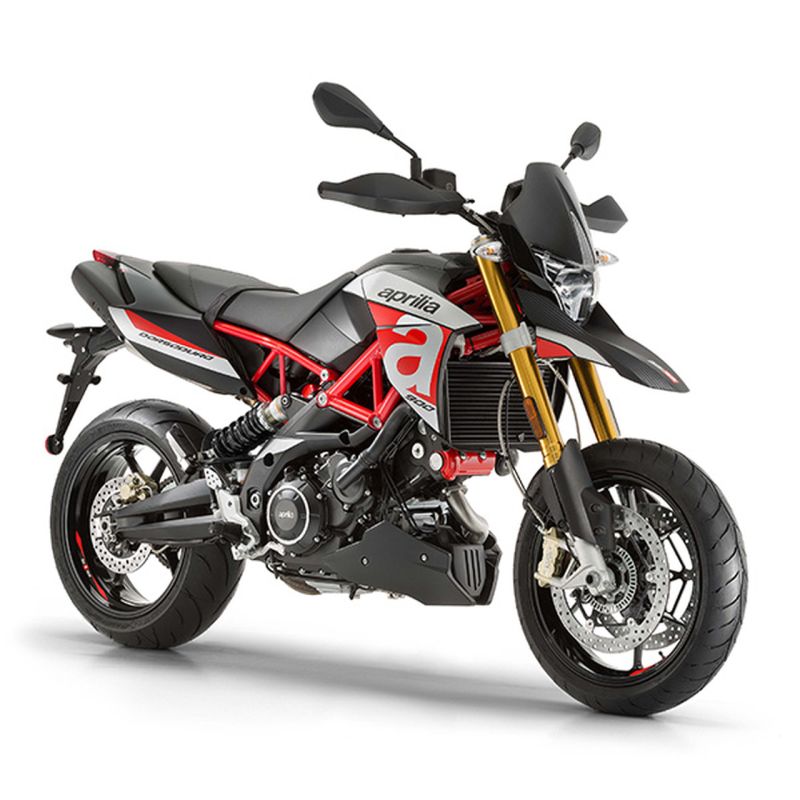