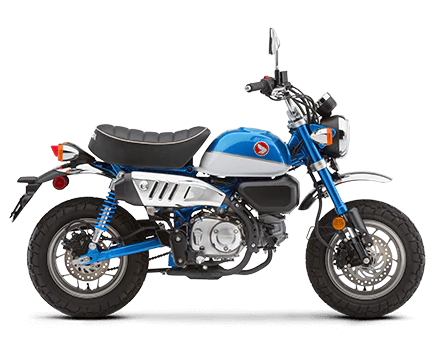 Tama Tech is an amusement park owned by Honda in Japan where they had originally launched a Honda Z series mini-bike as a children’s ride in 1961. This is where the Honda Monkey has originated from and instantly became a hit by 1964. Next year marks the 60th anniversary since the original Z100 Monkey was launched. The Honda Monkey is a popular offering from the manufacturers and a part of their CRF range of off-road motorcycles.

The 2021 Honda Monkey is a mini-bike that is known for its retro-design, compact ergonomics and boasts of fun off-road capabilities. This retro machine also gets modern features such as LED headlights and tail-lights. The design for the 2021 model is the same as the previous model but it will get a new paint job of ‘Pearl Glittering Blue’ along with the existing ‘Pearl Nebula Red’ colour option.

The Honda Monkey uses the same engine seen in the Grom and Super Cub models. Earlier models used a 50-cc engine mated to a three-speed semi-automatic transmission. The engine in the 2021 Honda Monkey will also be the same as the one seen in the 2020 model. This is a 125-cc, air-cooled, SOHC, fuel-injected motor, that puts out 9.2 hp at 7,000 rpm and a peak torque of 11 Nm at 5,250 rpm, mated to a four-speed gearbox.

The Honda Monkey is as compact as it gets and has a kerb weight of just 107 kg. The bike makes use of a 5.6-litre fuel tank and has a claimed fuel efficiency of 67 km/litre. The front and rear get 10-inch spoke cast aluminium wheels. 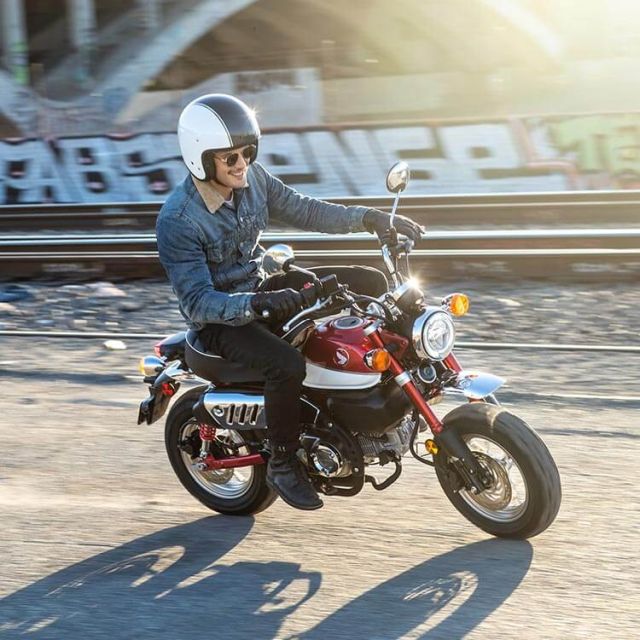 The price of the 2021 Honda Monkey in the US starts from $ 3,999 (or Rs 3.03 lakh) making it a really expensive mini-bike. Considering the cost and the fact that we haven’t seen any of Honda’s mini-bikes in the Indian market, the Monkey will not be available to us. Although, Honda Big Wing are most likely to launch their range of 500-cc bikes in India by 2021.