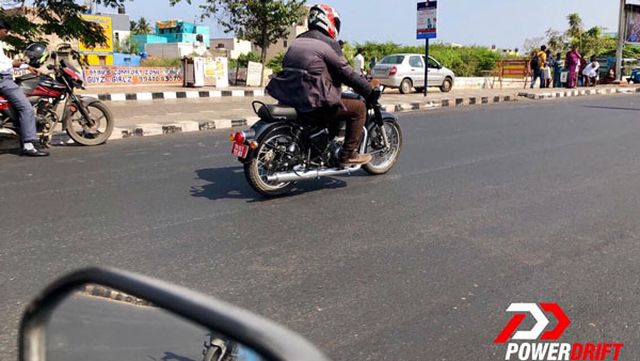 An updated Royal Enfield Classic has been spotted testing, in preparation of the BS-VI norms that are set to kick in next year.

We expect the new bike to be powered by an updated engine, while still retaining the retro styling that has become synonymous with the brand. The bike in this image seems to have a new chassis and swingarm as well as a redesigned exhaust and tail-lamp. We also notice that the drive chain has been moved to the left side of the bike, as with the pre-UCE bikes. The Classic line-up bikes are the company’s bestsellers, and we expect this new generation of Royal Enfields to be lighter and smoother than before.