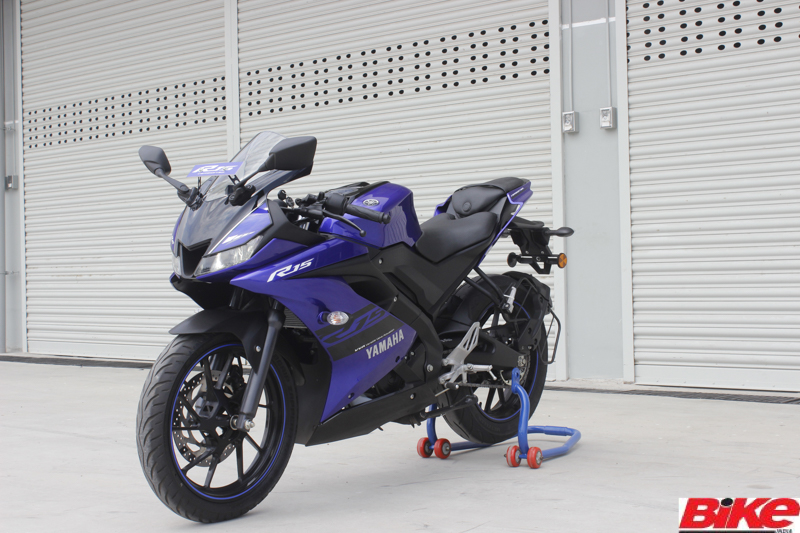 Since its introduction, the R15 has been popular among people looking for an accessible option to experience Yamaha’s R series.

The motorcycle soon set a benchmark in handling and became the choice of wheels for budding racers. Now the Japanese marque has brought the third iteration of the YZF-R15 to India. We rode the motorcycle at the racetrack in Chennai, here’s a brief look at the highlights. 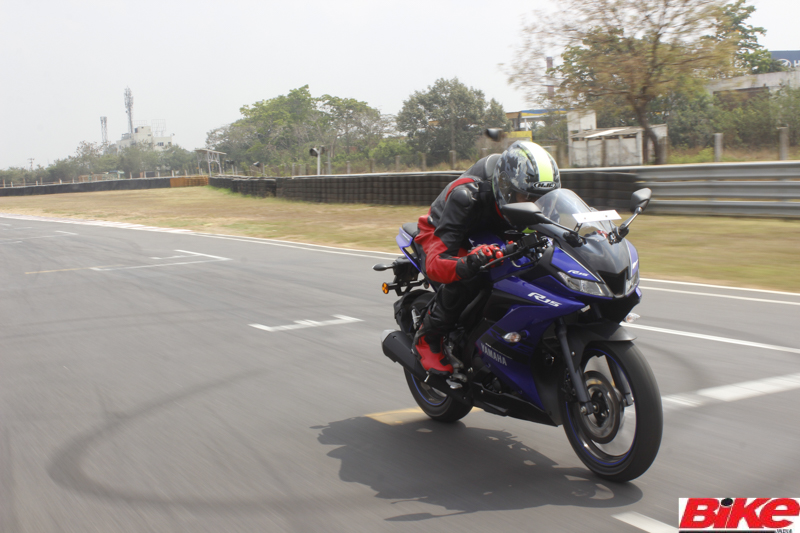 The new design is now closer than ever to the 2018 edition of the YZF-R1. The twin-LED headlamp, sculpted windscreen, muscular fuel tank, and rear cowl design emphasise its connection to the superbike world. A couple of elements like the dummy air-intake at the front and the slots on the tank are purely aesthetic and serve no functional purpose. 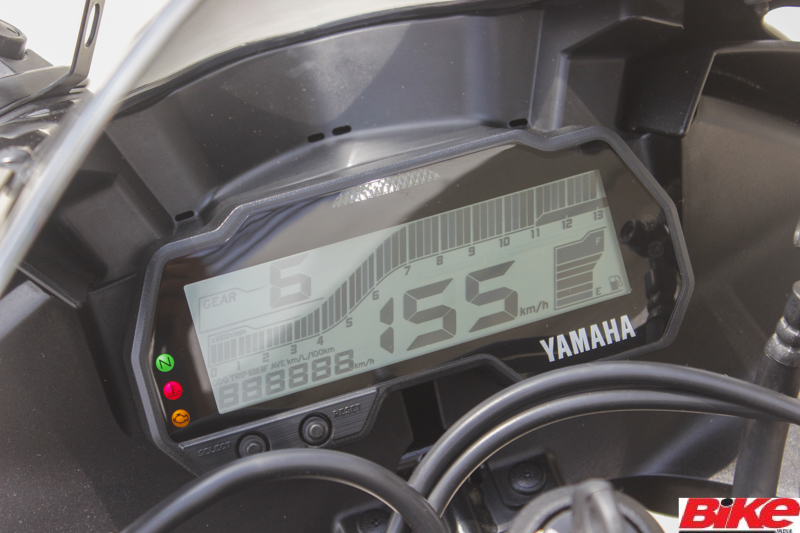 For the first time in the R15 series, the motorcycle gets a fully-digital instrument cluster. The centre of the console displays the speed and the tachometer runs across the screen. It also features a gear indicator, fuel gauge, clock, shift light, VVA (Variable Valve Actuation) indicator, odometer and trip meters (with average speed and fuel consumption displays). The gear indicator and shift light have finally made it to the R15 series and are welcome additions. 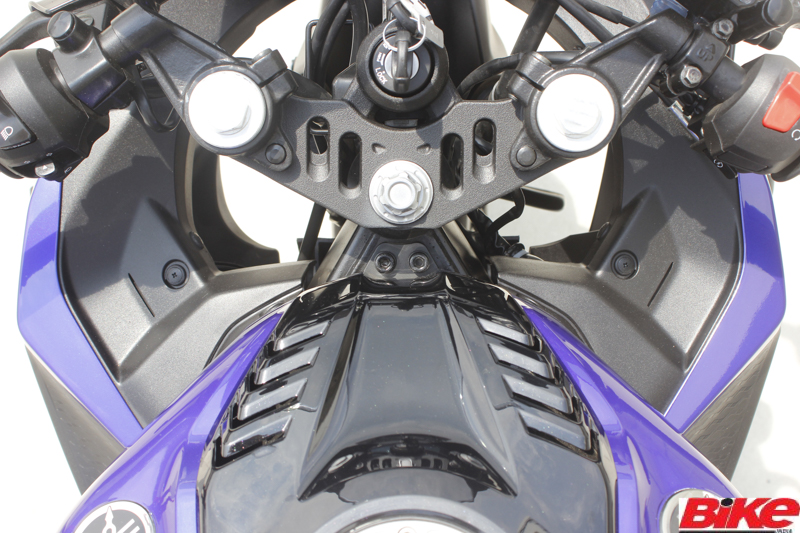 The top yoke is now a slotted member , aiding weight loss and adding to the motorcycle’s racing credentials. At full turn to either side, there is more room between the bar and the fuel tank than on the previous model, making it easier to manoeuvre. 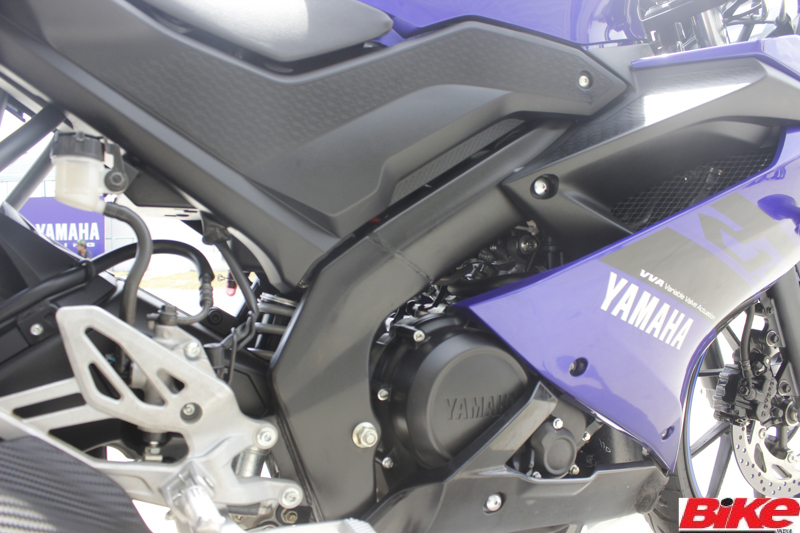 Powering the motorcycle is a new 155-cc liquid-cooled single-cylinder engine that produces 19.3 PS at 10,000 rpm and a peak torque of 15 Nm at 8,500 rpm. While the torque remains the same, the power has gone up by 2.3 PS. The Variable Valve Actuation (VVA) system has improved performance throughout the rev-range. It makes use of two cams to control the lift of the intake valves. At 7,400 rpm, the larger cam is engaged which actuates the intake valves, giving a slightly higher lift. This helps the motorcycle deliver better top-end performance without compromising on bottom- and mid-range performance. The engine is mated to the same six-speed gearbox as on its predecessor, this time via a slipper clutch, though. 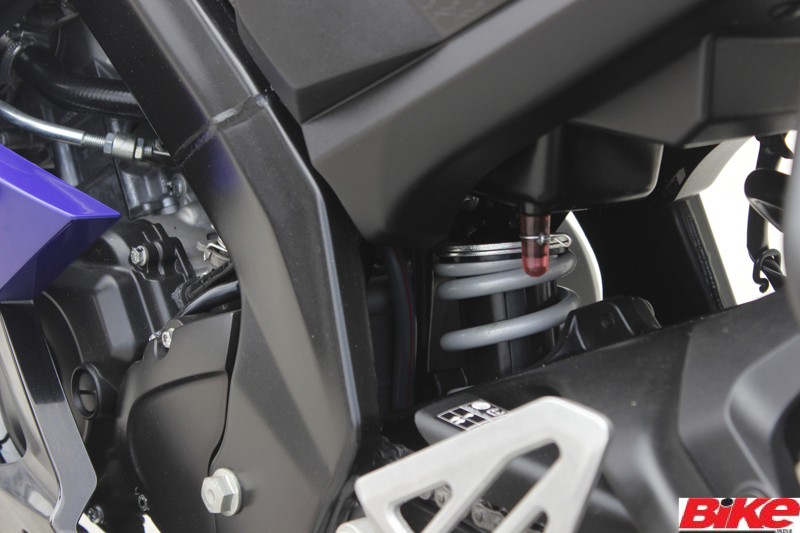 The new Deltabox frame has received changes to the swingarm pivot and subframe. The shorter swingarm and minor changes to the rake angle have brought down the wheelbase to 1,325 millimetres (20 mm shorter than in Version 2.0). The front is managed by a 41-mm telescopic fork and the rear is taken care of by a linkage-type monocross. Unlike the motorcycle that is sold internationally, we miss out on the USD fork. 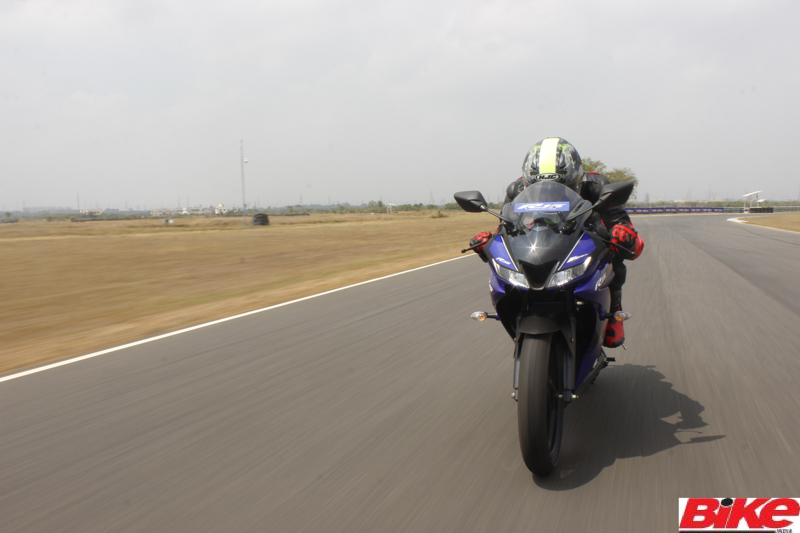 The saddle is longer, roomier, and comfortable, with plenty of space for tall riders also. The foot-pegs are slightly rear-set than in the previous model and, in full race crouch or otherwise, the committed seating position feels natural and is far from demanding. After spending nearly an hour on the track I did not experience any physical discomfort whatsoever. 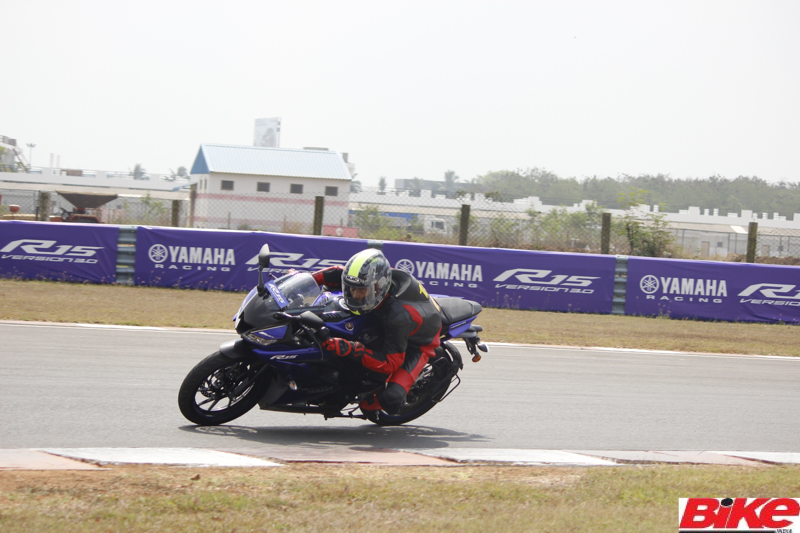 The new motorcycle is priced at Rs 1.25 lakh (ex-showroom) and takes the fight to the Suzuki Gixxer SF range and the Bajaj Pulsar RS 200 motorcycles.

Pick up the April issue of Bike India for our first ride review of the Yamaha YZF-R15 Version 3.0.