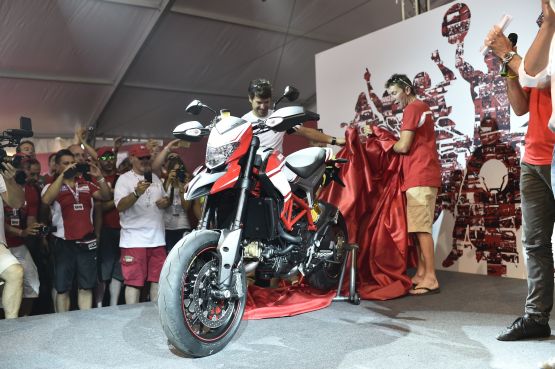 The attendants at the World Ducati Week in Misano, Italy got a special treat in the shape of the new 2015 Ducati Hypermotard SP. Present at the launch event were two iconic figures who have been associated with the Bologna-based motorcycle brand: three-time World Superbike (WSBK) champion Troy Bayliss and the 2011 WSBK champ, Carlos Checa.

Ducati have hinted that the 2015 SP is one of the most savage bikes in the Hypermotard lineup and is targeted for experienced riders. On the technical side of things the bike sports a 821cc ‘Testastretta’ engine, but unlike its previous avatar it also features the multi-map engine architecture borrowed from the 1199 Panigale S.

New bits in the 2015 Ducati Hypermotard SP include an all new Ducati Safety pack comprising off a 3-level ABS and an 8-level Traction Control system. Marzocchi USD forks which are complemented by Öhlins rear shock units. A new set of Pirelli Diablo Supercorsa tyres completes the package of the Hypermotard SP.

Ducati have not yet announced any pricing or availability details. Stay tuned for more. 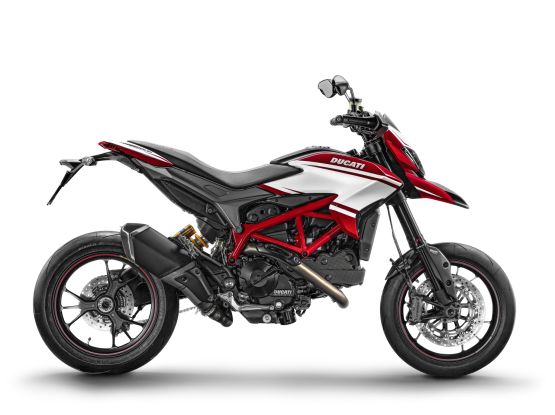