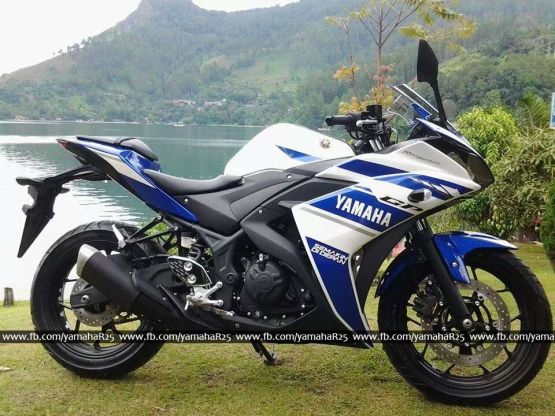 The much-awaited, drool-demanding R25 from Yamaha has finally been launched in Indonesia and we can finally feast our eyes on the production version.

The YZF-R25 concept looked like a baby YZR-M1, Yamaha’s MotoGP challenger. The production models looks more like the former YZF-R6, which is an excellent thing whichever way you look at it. The sleek, full-fairing will house a liquid-cooled twin-cylinder heart harnessed by a six-speed gearbox. The 249cc, eight-valve motor makes 35.5 PS at around 12,000 RPM with a red-line at just under 14,000 RPM! Peak torque is 22.1 Nm at 10,000 revs. 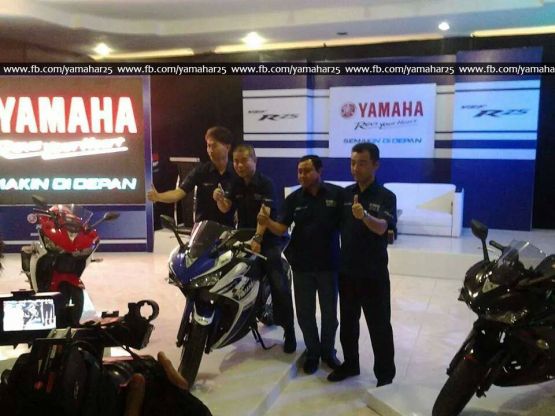 The bike features twin headlamps and an air-intake in the centre in the same vein as Yamaha’s track-oriented motorcycles with much higher capacity motors. However, there are no USD forks and, if you think about it, it even appears as an evolution of the R15 in terms of cycle parts. It has a low 780mm saddle height, which will make it easier for Asian riders to get used to. It weighs in at 166 kg with fuel and fluids, ready to hit the road, or track. That’s smack in the middle of competing machines, which, in India, will be the Kawasaki Ninja 300 and the upcoming KTM RC390. In Indonesia, the price is the equivalent of Rs 2.75 lakh, which still comfortably undercuts the Ninja 300 and even the Suzuki Inazuma, should that be the ex-showroom price in India. 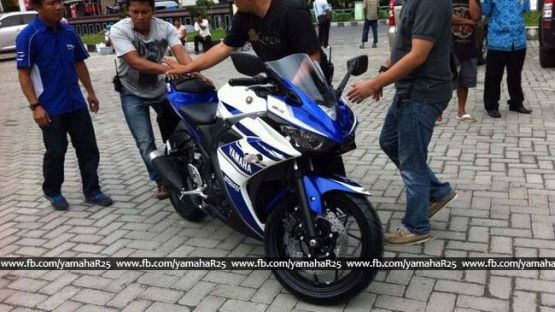 However, it’s not over yet. The YZF-R25 is going to be the base for a 300cc model, which, in all probability, will be called the YZF-R3 in Europe and other markets Yamaha intend to sell the model. The 300 will produce in the region of 40 PS and further raise the performance envelope. Styling remains to be seen as of now, but don’t expect it to be any less than an absolute cracker! 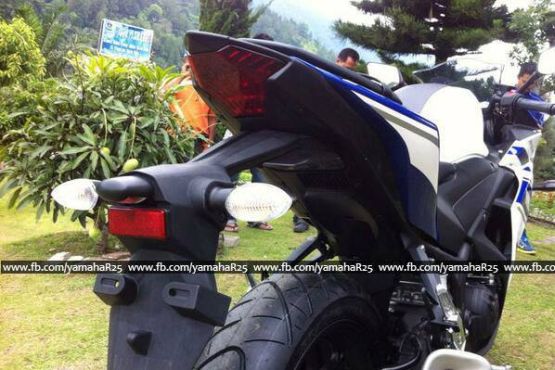