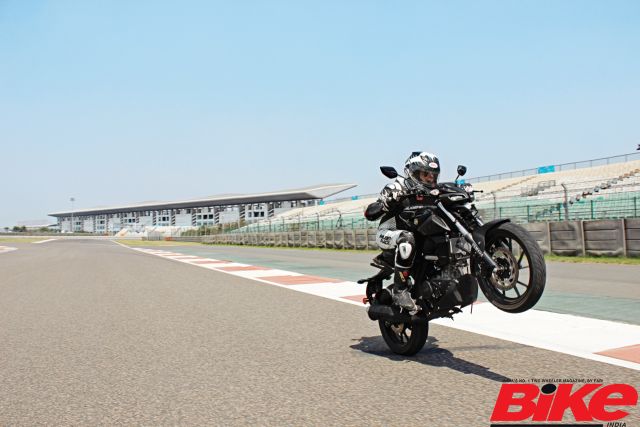 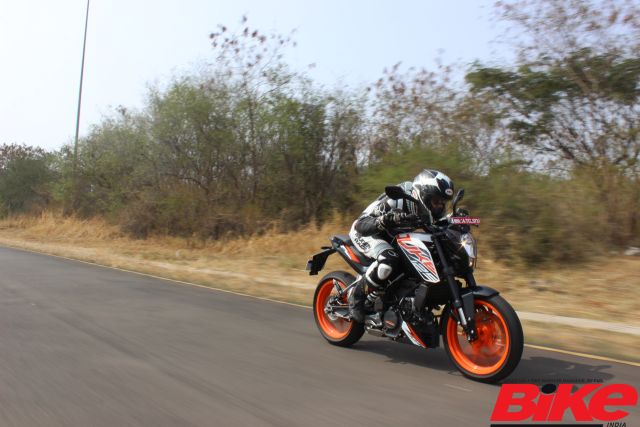 The Yamaha MT-15 is powered by the same 155-cc, liquid cooled, four-stroke, SOHC, four-valve engine from the YZF-R15 V3.0 that produces 19.3 PS at 10,000 rpm and a peak torque of 14.7 Nm at 8,500 rpm. The motor is mated to a six-speed gearbox that comes with a slipper clutch as standard. The Yamaha offers a slightly more powerful engine and more features such as a slip-and-assist-clutch. These, along with the sharp and futuristic design, give the Yamaha MT-15 a major advantage over the KTM 125 Duke. Perhaps, one of the reasons why buyers don’t mind spending more to get their hands on the MT-15. The things that the MT-15 misses out on are dual-channel ABS and the gold anodized USD forks that we see in the international-spec model.

The Yamaha MT-15 is proving to be a game-changer with its launch in India and is taking on many motorcycles head-on in the sales department. The MT range internationally offers the MT-15, MT-25, MT-03, MT-07, MT-09 and MT-10. In India, Yamaha are offering the MT-15 and the MT-09. We hope to see some new bikes from the MT range launching in India in the near future.