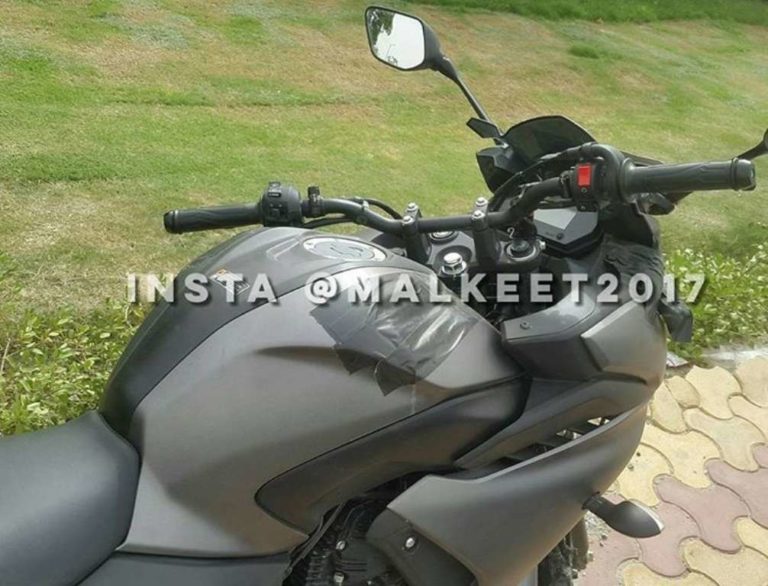 A new spy image of the soon-to-be-launched Yamaha Fazer 250 reveals it’s single headlamp, unlike the double headlamp design of the current 150-cc Fazer that’s available in the Indian market.

Spy images of the new model for India have surfaced, and our friends at IndianAutosBlog have found Malkeet, an Instagram user, who had a few images of the Fazer 250 posted online. These images show the front of the bike for the first time, revealing its fully-faired front end with a single headlamp. 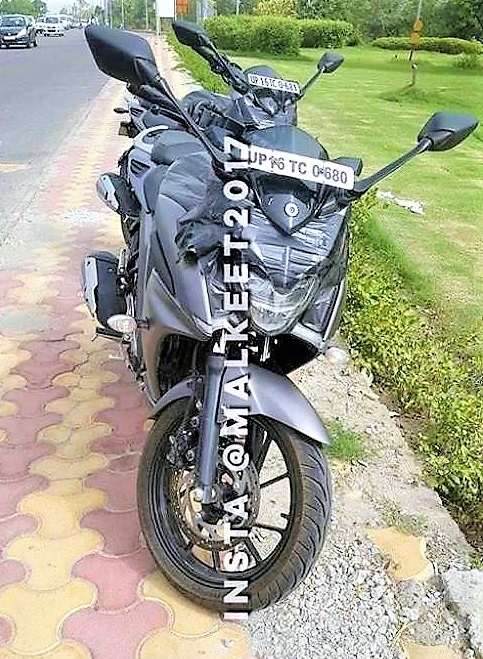 The suspension is the same as the FZ25, with a 41-mm telescopic fork up front offering 130 mm of travel and a rear monoshock with 130 mm of travel. Stopping power comes courtesy of a 282-mm disc with twin-pot calipers in the front with a 220-mm disc bitten by a single-pot caliper at the rear. The Fazer 250 may not get ABS for now, as even the FZ25 is offered without it. The wheels and tyres are also the same with a 100/80-17 and a 140/70-17 at the front and rear respectively. Other features such as the digital speedo, LED headlamp and tail lamp are also offered. The Fazer 250 is also equipped with an all-new rear-view mirrors mounted on the fairing. The engine, of course, is the same 249-cc air-and-oil-cooled engine producing a peak output of 20.9 PS and 20 Nm.

So far as the pricing is concerned, expect it to be a few Gs over the price of the FZ25. You may read our FZ25 review right here.