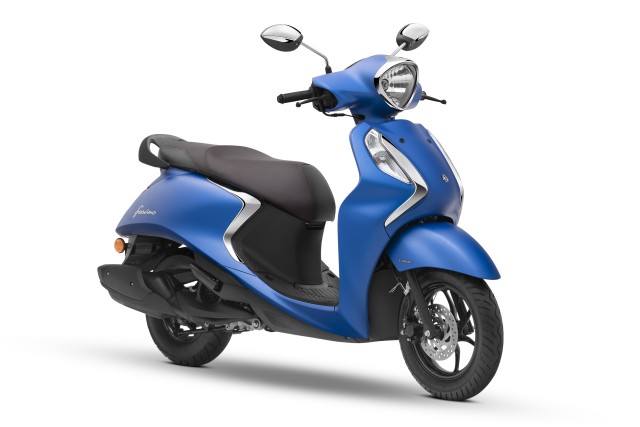 The Yamaha Fascino 125 FI as the name suggests, gets a larger engine and some styling updates

Yamaha claim that the Facino 125 makes over 30 per cent and fuel economy is said to have gone up by 16per cent compared to the earlier Facino 113-cc scooter, while the new scooter has shed 4 kg as it weighs just 99 kg. The new Yamaha Fascino125 FI comes equipped with a Start-Stop system that prevents engine idling and subsequently starts with a single throttle twist. Other features include front disc brake with Unified Brake System (UBS), a smart Motor Generator (SMG) that promises a quieter engine start, and even a side stand engine cut-off sensor. 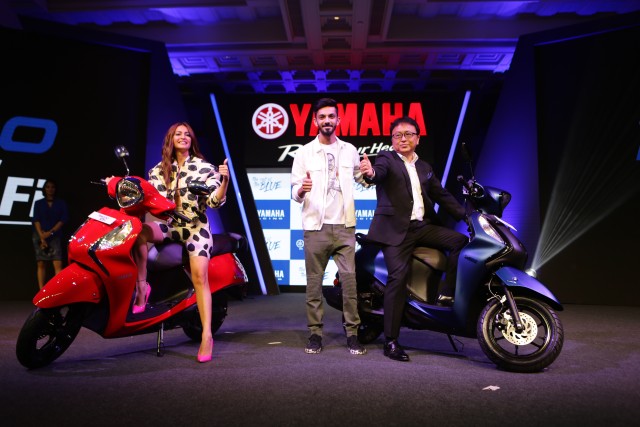 There are a few cosmetic changes as well, like a restyled bodywork and headlamp and new gauges. The new Yamaha Fascino 125 FI is available in both disc and drum brakes options, and with a range of body colour to choose from such as VividRed, Metallic Black, Yellow Cocktail, Matte Blue, Dark Matte Blue, Suave Copper and Cyan Blue.