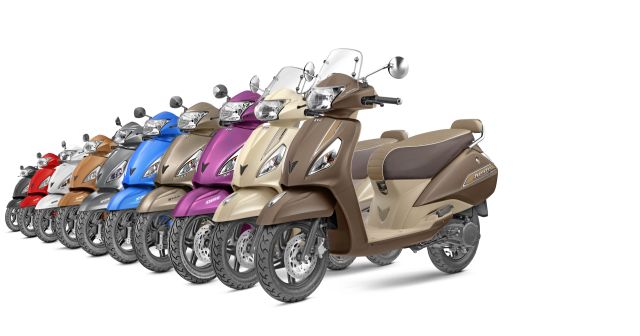 TVS claim that the Jupiter is also the fastest scooter to reach the 10 lakh-sales mark; within a span of just 30 months following its launch. Launched in 2013, the Jupiter is available in four variants; base, ZX, ZX Disc, and Jupiter Classic.

The success of the Jupiter has encouraged the manufacturer to explore the premium scooter segment as well, with the Ntorq 125. A move that currently looks to be paying dividends. TVS may not be resting on their laurels though, because there are rumours that a larger Ntorq is in the works too. With all that’s going on, it appears that TVS are gunning for a larger share of the highly competitive scooter market in India.