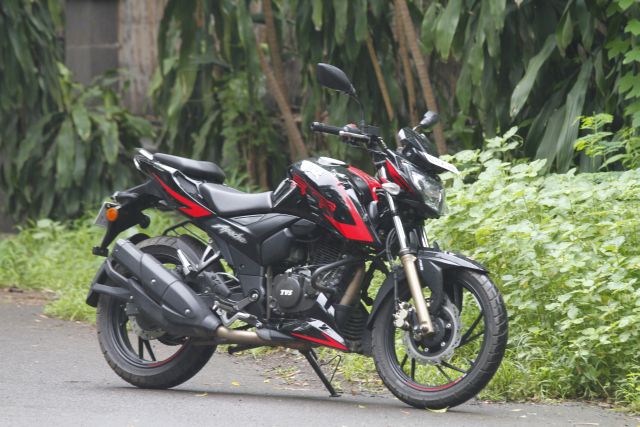 Equipped with ABS and a slipper clutch for 2018, the Apache is now better suited to aggressive riding.

I have been a fan of the TVS Apache RTR 200 4V ever since its introduction just over two years ago. The bike felt sturdy, had an impressively wide mid-range and featured almost telepathic handling capabilities. This year TVS have introduced an updated version that includes all that we already love about the RTR 200 4V, while adding into the mix ABS and a slipper clutch. 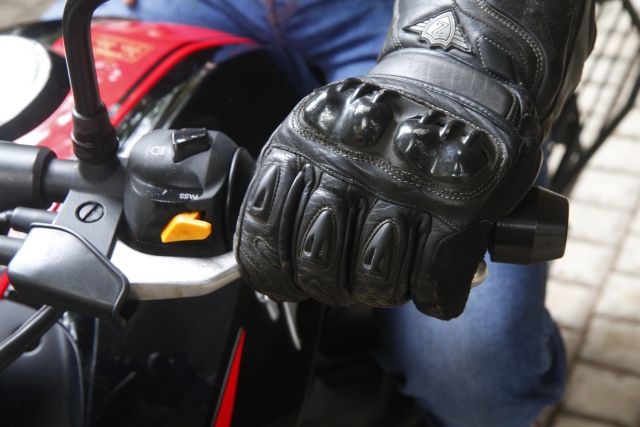 Externally not a lot has changed; the bike still features the edgy lines inspired by the TVS Draken concept and shares the chassis, engine, and body panels with previous year’s bike. The new colour and sticker scheme definitely adds a bit of personality. The only new component visible to the casual observer, to differentiate this from the older bike, would be the short fly-screen. The same full-digital dash greets you as you turn the key, while the tank is still that angular unit with the off-set filler lid. The stepped seat is just the right amount of firm, while the raised clip-ons encourage the rider to lean forward ever so slightly, creating a somewhat purposeful riding position.

On the move, this bike feels identical to last year’s model, although the inclusion of ABS gives the rider peace of mind while braking hard on less-than-perfect surfaces. Powered by the existing 197.7-cc air-cooled engine, supplemented by an oil-cooler, the bike continues to make 20.5 PS at 8,500 rpm and 18.1 Nm of twist at 7,000 rpm, and this powerplant is mated to a smooth-shifting five-speed gearbox. The bike feels light and nimble when carving through city traffic, and the wide torque spread means that you can putter around in the higher gears while still keeping some torque in reserve for a sudden overtake. 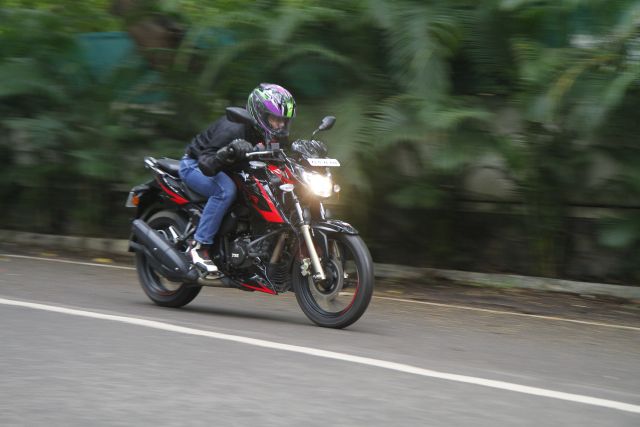 Although it does make for a decent commuter, the RTR 200 4V was built to destroy a set of corners, which it does with aplomb. This is where the new slipper clutch adds value; aggressive downshifts as you are setting up for a corner no longer cause the rear wheel to lock or skip, which unsettles the motorcycle. On this bike, you can go down gears rapidly while on the brakes and the rear wheel always remains in contact with the ground, leaving you free to concentrate on your corner entry. Even dropping two gears and suddenly releasing the clutch results in nothing more than a spike in the revs, while the rear wheel stays planted.

The slipper clutch has also found its way on to the TVS One Make Championship RTR 200s from this season onwards. I spoke to a few racers at the track a couple of weeks ago and they all had nice things to say about this update, claiming that the introduction of the slipper clutch has resulted in smoother laps. 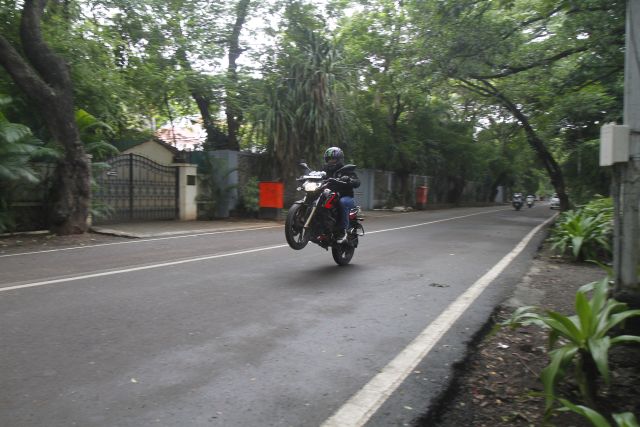 A timely update for a bike we already love, the inclusion of ABS and a slipper clutch in the RTR 200 4V keeps it competitive and relevant in a changing market. Not only do these new features make this bike more involving to ride and easier to push, what’s more important is the added safety they bring to the table.