Suzuki’s highly anticipated return to MotoGP has been postponed to the 2015 season instead of the rumored 2014 season. Suzuki, who have always been one of the most respected and important brands in the premier-class racing since the sport’s inception, have had, of late, quite a few troubled years. The factory Suzuki MotoGP team released a statement stating the delay of their return is due their on-going product development on the XRH-1 MotoGP bike. The other reason why the factory team had taken this decision was to tell perspective riders who had plans to switch to Suzuki for the 2014 season to make alternative plans.

The Suzuki XRH-1 was seen testing at the Circuit de Catalunya for MotoGP’s post-race test with the likes of the current MotoGP teams of Yamaha and Ducati. What came as a surprise to many was how effective the XRH-1 was; factory Suzuki rider Randy De Puniet clocked in an impressive 1’42.676 lap time near the end of the day — just over three quarters of a second off the top time set by Jorge Lorenzo.

The XRH-1 was certainly raising some eye-balls in the rival camps. Suzuki have revealed that their track-tool for the 2015 season is still under development, it is currently utilizing an electronics package from Mitsubishi, though the company expects to switch over to the spec-ECU from Magneti Marelli later this year. The XRH-1’s staked gearbox is mated to the ‘big bang’ four-banger (a typical Yamaha design). Whats even more interesting is the XRH-1’s new twin-spars of the aluminum chassis which is based on the GSX-R platform. Suzuki also added that the brand has begun work on a new WSBK machine for the upcoming season. With the way things are going in Team Suzuki’s camp we do hope they return to MotoGP with a bang. 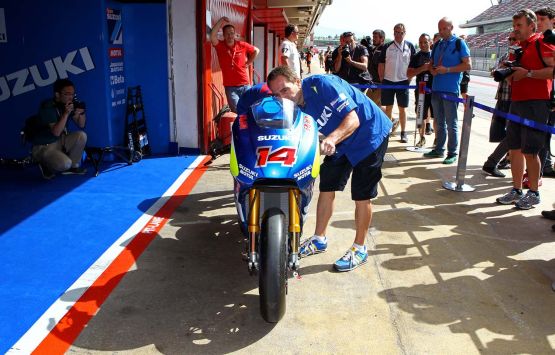 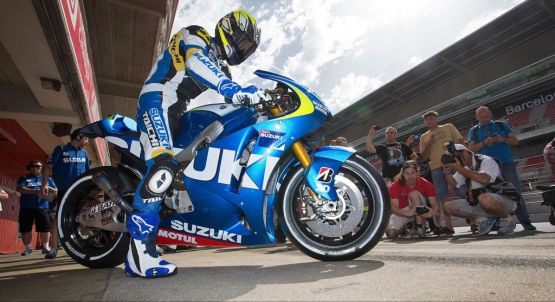 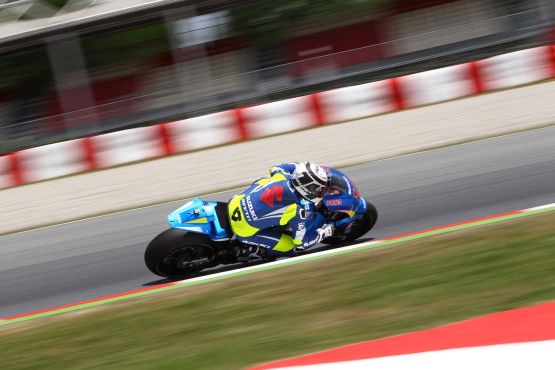 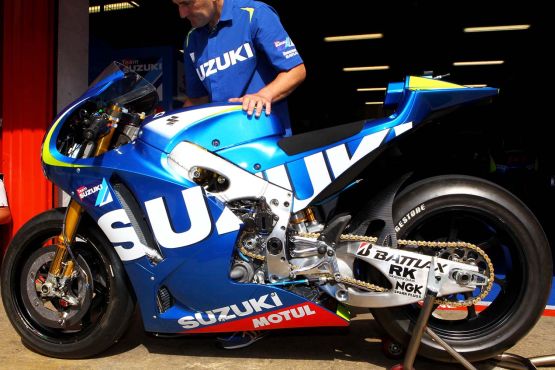