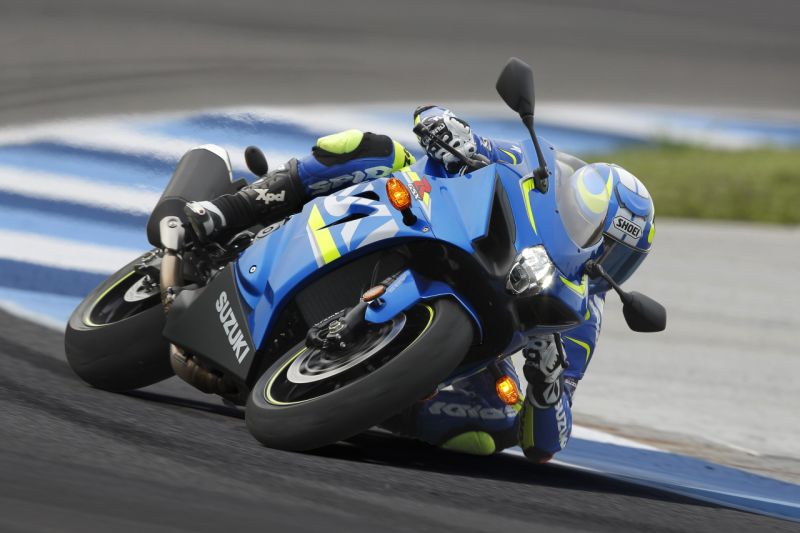 Here is a shining example of how motor sports technology translates to the real world. Suzuki renewed their MotoGP efforts last year and the Spanish duo of Aleix Espargaro and Maverick Viñales finished the 2015 MotoGP championship in a formidable eleventh and twelfth place. Moreover, at the Michelin tyre tests in Valencia, Maverick posted the second-fastest timing! At the start of 2015, Suzuki also invested heavily with Martin Halsall of Halsall Racing in the UK to participate in the British Superbike Championship (BSB) fielding riders Christian Iddon and Josh Waters (the contract has been renewed for 2016).

And now the company is ready to unveil the bike that was developed along side their racing development division – the GSX-R1000 Concept which has been built ground up with an all new engine. One could easily assume it to make earth-shattering power at stratospheric rev limits with a compromised bottom-end performance. With that hunchback riding stance and a presumably peaky motor, the new GSX-R1000 could be left for the track junkies and relegated out of practicality contention.

But no. The smart guys at Hamamatsu have put together what they call “the king of sports bikes”. And ‘the king’ deserves a befitting engine to go with that tag line, which is why they have incorporated the ‘Broad Power System’ which is basically a centrifugal Variable Valve Timing (VVT) system for the in-line four. What it effectively translates into is a chunky low to mid range torque and all-out performance for the redder end of the rev band – the best of both worlds thanks to the ultra-light finger followers which replace the previously used inverted bucket-type cam followers. These weigh one-third the weight and reduce the inertial losses of moving parts. Throttle-by-wire incorporates a top-feed shower-type injector in addition to the bottom injector mounted under the throttle butterfly which functions at bottom and mid-range. The top feed shower injector intervenes when top-end whack is summoned. Although the exhaust is not all-new, Suzuki have incorporated what they call Suzuki Exhaust Tuning-Alpha or SET-A. What it does is, restrict the exhaust flow at low revs with the aid of servo-operated valves and opens them at the top end to selectively boost power. Crankshaft continues to be the 180° configuration to ensure the signature Gixxer scream.

The all-new chassis is an Aluminium twin-spar unit carrying the Showa suspension. These are nitrogen charged and the ‘Balance Free’ concept allows it to mount the valves in accessible locations for easy adjustments. Rider aids include a 10-level traction control system, three selectable modes of engine power delivery (Suzuki Drive Mode Selector (S-DMS), electronic ABS, launch control, and quick-shifter for up and down-shifting.

The new GSX-R1000 focuses on everyday rideability and has been commissioned to be the lightest GSX-R1000 ever. While it does not fail to impress us in the concept form, we’d like to see this mean machine retain it’s impressive attributes in the production version, as and when it is launched.