Suzuki are expected to expand their Gixxer range in India with the introduction of a 250-cc variant. According to sources, the Japanese giant will launch this naked bike on 20th May 2019. 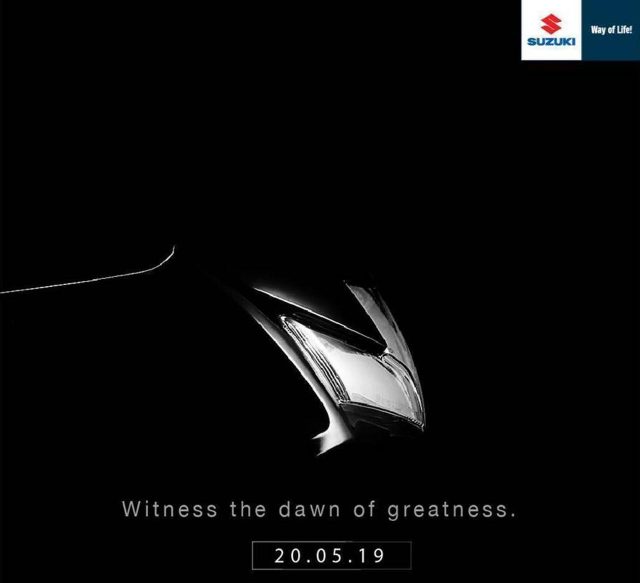 The sub-300-cc, single-cylinder motorcycle market is booming at the moment and it might be the reason why Suzuki has decided to partake in the festivities.

The all new Gixxer 250 will be the second 250 cc motorcycle from the stable of Suzuki, after the now discontinued Inazuma. This bike, just like the Suzuki Intruder & Suzuki Burgman, will be an India specific product.

The Suzuki Gixxer 250 is expected to get an air-cooled 250 cc single cylinder engine with oil-cooler to make the bike more cost-effective. The engine could get a SOHC layout with a 4-valve configuration, which is likely to produce 20-25 PS of power. On top of that, the bike will be BS-VI emission norm ready.

In order to keep up with the current market trends, Suzuki is surely going to make the bike feature rich and we expect it to get a LED headlamp unit and a digital instrument console. On taking a closer look at the newly released teaser of the Gixxer 250, the bike is going to look similar to the current generation Gixxer SF.

On the safety front, if the sources are to be believed, the bike will sport traditional forks in the front and a monoshock setup at the rear. Dual channel ABS will be offered as standard, keeping with the current government regulations for motor vehicles. With an expected price tag that will fall somewhere in between 1.4 lakhs to 1.5 lakhs (ex-showroom), the bike will directly compete with Yamaha’s FZ 25 and Bajaj’s NS and RS 200’s, as well as the TVS RTR 200 4V.

Overseas, Suzuki has been selling the GSX-250R, this is a parallel-twin engined supersport motorcycle, that would, if ever introduced in India, compete with the likes of the Yamaha YZF-R3 and the Kawasaki Ninja 300. However, we believe that India could receive a single-cylinder unit similar to what Yamaha did with their FZ in the country.

The success for the Gixxer, though, would depend upon what the road version will finally perform like. Keep an eye on this space for further updates.