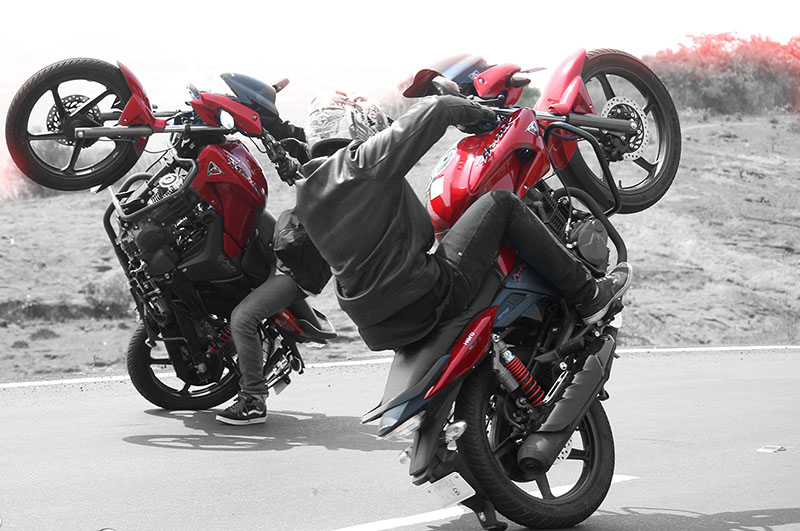 To many Indians, stunting is more or less like a mystery because they can see what a stunt rider does however, they are not aware of how he/ she is doing so. For me however, stunt riding is an indulgent art form. It transcends beyond normal motorcycle riding into a dimension where everything feels and is, very different. Ages ago, when I was just a teenager who had discovered the wonders of the internet, I came across stunting videos of one particular German man who goes by the name of Chris Pfeiffer. He was stunting on an old bike, I don’t remember which bike it was but I certainly remember that he was pulling wheelies, doing rolling stoppies and sliding like crazy. He was controlling the motorcycle as if it was an extension of himself. His finesse was simply mind-blowing. 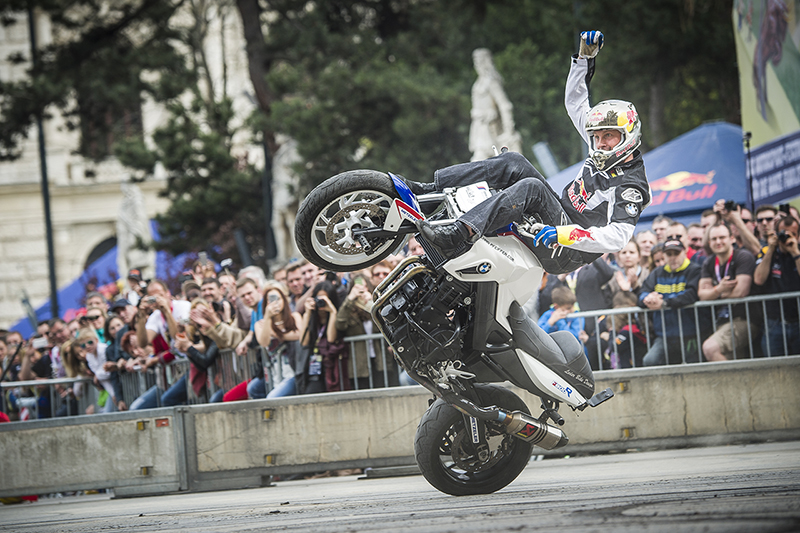 I was spectacular. So, I got my Pulsar 180 out and to start with, decided to pop a few wheelies. I was totally unaware of the skill required to do so. All I learnt from watching the video was that you pull in the clutch rev it a bit and then release the clutch and see the front-end rise gracefully in the air as the bike lunges forward. However, when I did what I had observed, I ended up having a fall. Nevertheless, I kept at it and after numerous falls, I was finally able to do it.

Sometime later, I tried doing a stoppie and at the very first attempt, I was able to pull it off, I was able to do so because I had been busy reading about the finer details and watching many videos. With time I was able to pull such stunts easily however, there is more to stunting than just wheelies and stoppies.

People have gone to great lengths to master this enigmatic art and today there are championships held around the world where riders get a platform to display their skills. Chris Pfeiffer is one such stunt god who has gone in history and record books for his contribution to the world of stunting. However, the scenario in India is quite different. Many Indians have no clue as to what stunting is and why people do it.

I have heard people say that this is plain hooliganism and nothing else. I guess they say so because they are somewhere jealous of stunt riders who can gracefully manoeuvre their motorcycle with one wheel in the air. However, the some people get so irritated by stunters practising stunt riding that they don’t hesitate before calling the cops to report such activities. This profound hatred for stunting in Indian society is so prevalent that every stunt rider will tell you stories based on this harassment.

People in India fail to understand that this is an art form. Of course it is dangerous but then riding a motorcycle is also a risky business. In fact, many studies conducted in the west have deemed motorcycle riding as one of the most dangerous things you can do. Have we forgotten that India is a motorcycle-dominated country? Have we?

Anyway, I was recently talking to one such stunt rider who mentioned that there is a lack of awareness in the Indian society regarding stunting. He is part of a professional organization that specializes in stunt riding and they do shows for major motorcycle companies in India. However, these professional riders also face a lot of criticism and wrath of the society. Let me tell you that many such groups practise the art in a very professional manner where safety is taken into consideration. Safety for them is paramount and they always make sure that they practise on an empty ground where there are no people or anything around. Plus many such groups are also spreading proper awareness about stunting when they participate in events. However, a few individuals do practise stunting on public roads, which is not safe at all and I would like to request them not to do so for their own good and for the safety of others.

In the end, the key here is awareness and various stunt-riding groups are spreading that by collaborating with the authorities but they have a long way to go before the Indian mind set can change. Nevertheless, I would request the people of India to understand that there is no need to look at stunters in a bad light. These stunt riders are like athletes who practise their art to make people happy. We like to see these stunt riders perform especially in the movies, so why can’t we accommodate them a little bit more by being tolerant of the art of stunting. After all, they do this to entertain us as well. I support stunting done in a controlled environment and I urge you to do so as well. Until next time, ride hard, ride safe. 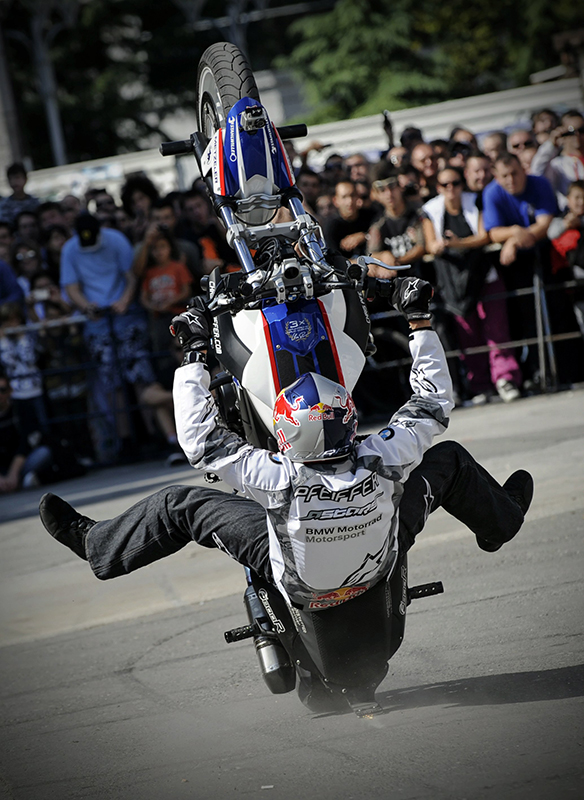