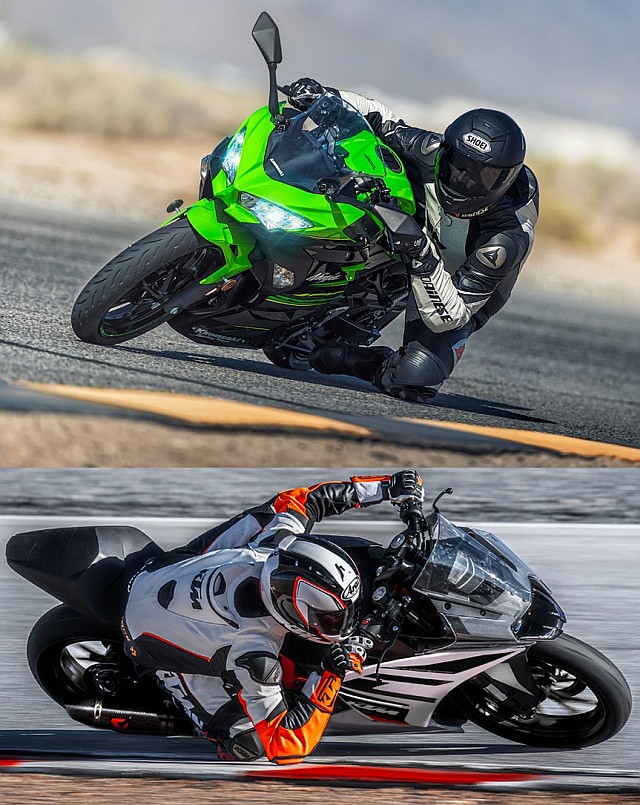 The Kawasaki Ninja 400 is a twin-cylinder offering from the Japanese manufacturers and is considered more premium because of the price tag it carries. On the other hand, the KTM RC 390 is a single-cylinder offering from the Austrian manufacturers that is literally half of the price of the Ninja 400, but manages to give it a run for its money. There has been no official launch of either motorcycle, but the bikes have been listed on the manufacturers Indian websites at Rs 5 lakh (ex-showroom) for the BS6 Ninja 400 and Rs 2.48 lakh (ex-showroom) for BS6 KTM RC 390. We take a quick look at the specifications of both motorcycles and see how they fare on paper.

As we can see the engine of the Ninja 400 is a 399-cc, liquid-cooled, twin-cylinder engine that churns out about six hp more and also revs higher than the KTM RC 390. The engine of the Kawasaki Ninja 400 is also more refined considering its advantage of being a twin-cylinder motor. The claimed top speed of the 2020 Ninja 400 is around 190 km/h, while the claimed top speed of the KTM RC 390 is around 170 km/h. Both are mated to a six-speed gearbox and get a slipper clutch as standard.

As we can see the RC 390 is the smaller motorcycle of the two and also the lighter one. Both bikes make use of steel trellis frames. Specifications from the official website reveal that the dry weight of the KTM RC 390 is 149 kg, while Kawasaki have listed the kerb weight of the Ninja 400 at 173 kg. The kerb weight of the RC 390 will be approximately 15 kg heavier than 149 kg, which should make it around 165 kg, giving it a great power-to-weight ratio. The Ninja 400 is a heavier motorcycle considering the fact that it has a broader twin-cylinder engine. On the other hand, the disadvantage with the RC 390 is that it gets a fuel-tank capacity of only 10 litres compared to the 14-litre fuel tank on the Ninja 400. 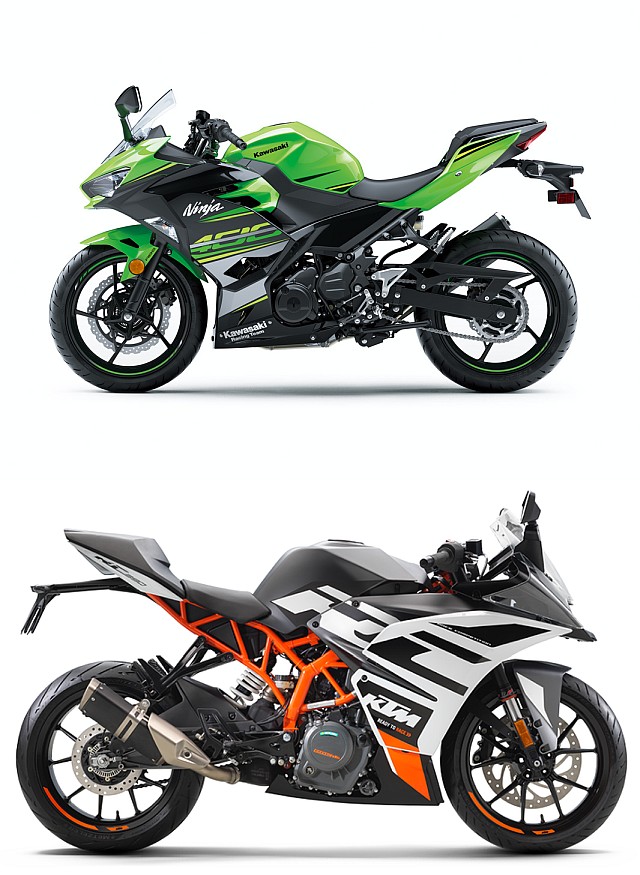 The KTM RC 390 uses thicker USD front forks, while the Ninja 400 uses a telescopic fork in the front. On the braking front, the Ninja gets a 310-mm disc up front compared to the slightly larger 320-mm disc on the RC 390. Even the rear disc of the RC 390 is 10 mm more in diameter than that on the Ninja 400. Both bikes make use of dual-channel ABS and this option is switchable on the RC 390 giving experienced riders a chance to exploit the full potential of the motorcycle.

The Ninja 400 is priced at Rs 4.99 lakh (ex-showroom), while the RC 390 is priced at 2.48 lakh (ex-showroom). These two fully-faired sport motorcycles in the 400-cc range come close when the specifications are compared on paper but are priced so differently. KTM have managed to price the RC 390 aggressively since its launch in India and this has made it the more popular model of the two. Although, for the price of the Ninja 400 you get a more refined motor and a premium look and feel.  We await riding the upgraded KTM RC 390 and the Kawasaki Ninja 400 to bring you a detailed review soon.